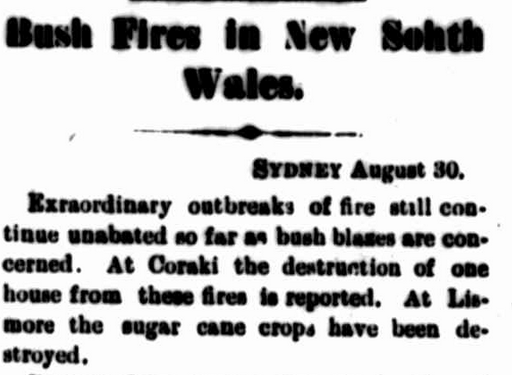 As the ABC tirelessly reports, the science of climate change is “settled”, which must be why the national broadcaster felt confident in a boots ‘n’ all promotion of the latest warmist publicity stunt: 11,000 ‘scientists’ warning that the end is nigh (especially if those lovely grants are in any way jeopardised). Starting early on Wednesday morning, bulletin after bulletin kept the story to the fore. AM went big, as did ABC TV and the ABC News website.

LEIGH SALES, PRESENTER: Over 11,000 experts around the world declared the climate change crisis has arrived and accelerating faster than most scientists expected.

Australia had an early start to the bushfire season.

As The Australian notes, those 11,000-plus “experts” include professors “M. Mouse of the Mickey Mouse Institute for the Blind, Namibia ” and “Albus Dumbledore, Hogwarts”. There is also a certain Professor Araminta Aadvark, plus scores of signatories whose credentials suggest the ABC accepts a very broad definition of what constitutes a “scientist” — lawyers, chiropractors, school teachers, herbalists amongst them.

As for Mr Mullins, a member of the Climate Council and a bell-ringing catatastropharian of the Flannery school, he would seem to need a refresher course in eastern Australia’s fire seasons (emphasis added).

GREG MULLINS: …we have major fires in New South Wales, we’ve had them in Queensland, these are months early. They started in August.

Remember, Mr Mullins was his state’s chief fireman, so some will find it disconcerting that he appears to have forgotten so much since retiring his red braces.

Fires in August? He should consult the Trove archive of digitised newspapers, where he will find plenty of headlines  such as these:

Clearly, Ms Sales’ introduction was wrong and a couple of minutes’ poking about in Trove would have saved her from error and the public being carelessly misinformed. Likewise Mr Mullins.

What is it they say about never letting the facts get in the way of a good story? Apparently that applies twice over when the topic is climate change and there’s a narrative in need of advancing.

Not to be missed

The ABC’s archive of error

The coming of Big Battery