Robert Mueller: The Little Man Behind the Curtain 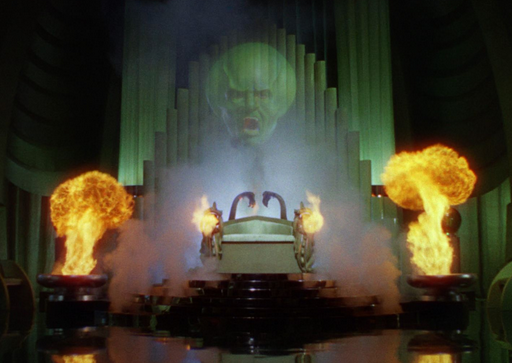 Robert Mueller, decorated Vietnam veteran, distinguished lawyer, two-term director of the FBI and, more recently,  Russiagate special counsel, recently testified for some seven hours before two select committees on Capitol Hill. What the world witnessed was sad, pitiful and largely farcical as the vague and mentally adrift champion of those who long hoped he would bring down an elected President saw their ambitions not merely dashed but pulverised. For Mueller it was bad; for Democrats it was much worse.

As soon as Donald Trump announced his presidential aspirations and entered the Republican primaries an almighty deluge of derision and ridicule was unleashed from all quarters. He was known primarily as the brash, domineering central character in the TV program The Apprentice, and less so as a very wealthy, successful property developer. Neither persona would serve to endear him to the masses, the elites of the punditocracy opined,  speaking mostly for themselves as it turned out. All forms of the media were especially savage. They branded him a vulgar buffoon and much worse. Comedians mockingly encouraged him to ‘run, please run, and let us enjoy your humiliation of failing’. By the time he looked like winning the nomination a nascent fear was rippling through the Washington swamp the candidate had pledged to drain. True, Hillary Clinton’s ascension to the Oval Office was accepted by the Left and like-minded as an inevitability, yet the signs were ominous. ‘Regular, everyday Americans’, the trans-Pacific counterparts of John Howard’s battlers, liked much of what he was saying and did not mind the way he was saying it. After he was confirmed as the Republican candidate for the presidency, the camp of Trump’s followers grew rapidly and Clinton’s supporters became concerned that the “unimaginable” might just possibly come to pass. In the top layers of this cabal a  strategy to prevent it or, failing that, to destroy it took root and flourished. The plan’s objective was no less than a fully fledged, bloodless political coup to unseat a duly elected president. Much of the conspiracy is well known already, including the identities of the plotters in the top tiers of the FBI, the CIA, other security organisations, in the Justice and State departments, among prominent politicians of both major parties.

What we do know — and Mueller did not at his marathon testimonies — is that the Clinton campaign paid a British ex-spy to gather (manufacture?) fallacious information from dubious Russian sources about Trump having engaged in salacious conduct involving prostitutes while staying years earlier in a Moscow hotel. This was disseminated throughout Washington and passed to tame reporters, the specific intention being to drive Trump from the office should he be elected. This plot was “the insurance” and involved American and British individuals and, though he laughs it off as a joke, the curious involvement of Alexander Downer.

Hold the front page! All around the world, not least by the unquestioning spigots of misinformation at Four Corners, the word went out that Trump was actively colluding with the Russians, receiving various forms of assistance from them, and thereby bolstering his chances of victory.

This “alarming” information was the excuse for a security investigation that was, in fact, a spy-and-smear offensive against the Trump campaign and those working for it. Many believe that the threads lead all the way back to the Obama White House, probably into the Oval Office itself, and that the activity began much earlier than first suspected. To see further light shed on this chicanery we must wait for the results of the ongoing probe by Attorney-General William Barr who is now, as Trump recently tweeted, “investigating the investigators”.

The Mueller burlesque dragged on for 22 months, conducted hundreds of interview in the US and abroad, and incurred a direct cost estimated to be around $US31 million. It found not a wisp of evidence the Trump campaign or anyone connected with it colluded with the Russians. True, it indicted a number of Russian citizens and a couple of businesses, accusing them of online and social-media activities aimed at interfering with the election. Those activities, what there was of them, had no discernible effect. Those indicted foreign entities will never see the inside of an American courtroom, but the publicity surrounding the ballyhooed charges against them served their purpose: Russians charged, golly gee, Trump really must be Putin’s puppet. Meanwhile,  indictments against Trump associates, including Downer’s drinking buddy George Papadopoulos, became tools of torment intended to compel testimony against Trump. The brutal treatment meted out by by the special counsel and his inquisitors was shameful, befitting of the security agencies of some authoritarian regime.

While the Mueller investigation was in progress, people suffering from Trump Derangement Syndrome, especially leading Democrats and their media allies, were unceasingly repeating their conviction that Trump would be found guilty, probably of treason, and become the first American president to go straight from 1600 Pennsylvania Avenue to a prison cell. Their excitement was at fever pitch when the investigation was wound up and Mueller sent his 400-plus-page report to the Attorney-General who, in turn, sent a four-page summary to the President. This was immediately released to the public. In it Mueller stated that (1) the investigation found no evidence whatsoever that the Trump campaign or anyone associated with it colluded with the Russians or any other foreign entity and (2) that the evidence of obstruction was insufficient to clear him. Pause here to consider the inherent bias– indeed, the legal travesty — in the report’s second section, which reversed the standard that an individual is innocent until proven guilty. More than that, compare it with the indulgences granted Mrs Clinton’s senior aides, who were allowed to testify with lawyers present and, incredibly, granted permission to destroy their hard drives when the perfunctory quizzing was over.

Trump supporters were jubilant; Trump haters beside themselves with frustration and fury. Attorney-General Barr was swiftly accused of covering up for his President, of acting as his personal lawyer and not as the head of the Justice Department. Democrats and their editorialising allies were vehement in their clamouring for the immediate public release of the entire report which, they were absolutely certain, would prove Trump a criminal. How else could he have beaten Saint Hillary? The full report was released in due course with only few and minor redactions in the interest of security and shielding the innocent.

The Democrats demanded that the Attorney-General testify in front of Congress, to which he agreed, but when they wanted him to be questioned by lawyers appointed for the purpose, instead of elected representatives, he refused. They subpoenaed him, then held him in contempt of Congress, both of which were ultimately symbolic and which he ignored. As their next desperate move they called on Mueller to testify. This, as it turned out, was the dumbest mistake in the entire sorry affair. And thus the scene for the humiliation of Robert Mueller was set. The green curtain was about to be pulled aside and the wizard of Russiagate exposed for the pathetic little man he is.

The most demeaning aspect of the hearing was Mueller’s lack of familiarity with his own report. The provenance and funding of the salacious, Democrat-compiled dossier which began it all? Mueller said it didn’t interest him!

What interested Trump supporters, and appalled his detractors, was the emerging near certainty that Mueller did not write the report which carried his name. It is now well known that almost every questing lawyer on the Russiagate team was a Trump hater, fervent Clinton supporters and many of them generous donors to her campaign. Did Mueller select them? He said he did, yet claimed his team lacked the slightest trace of bias against Trump. True, he did fire a top FBI official when virulently anti-Trump SMS messages exchanged with a colleague, who also happened to be his Trump-hating mistress, became public knowledge, but the attitudes of most of the others are now almost as well known. Take Andrew Weissmann, Mueller’s deputy, for instance. A notoriously bloody-minded career prosecutor, he was plucked from the soiled ranks of the Justice Department’s Clinton fan club to manage the Mueller team. The obvious, inescapable surmise is that it was Weissmann, not Mueller, who directed the witch hunt and wrote the guilty-until-innocent final report’s second section.

Is it over? Not by a long chalk. With Mueller’s reputation in tatters, the Democrats’ hopes dashed and Barr’s investigation of the Russiagate scandalmongers very much underway, Trump’s escape can be seen only as the saga’s first installment. Stay tuned — and do note that, unlike Mueller’s probe, the usual suspects are being afforded the presumption of innocence.

The swamp is being drained little by little, or so we can only hope.