Buggered if I Know What ‘Pride’ is All About 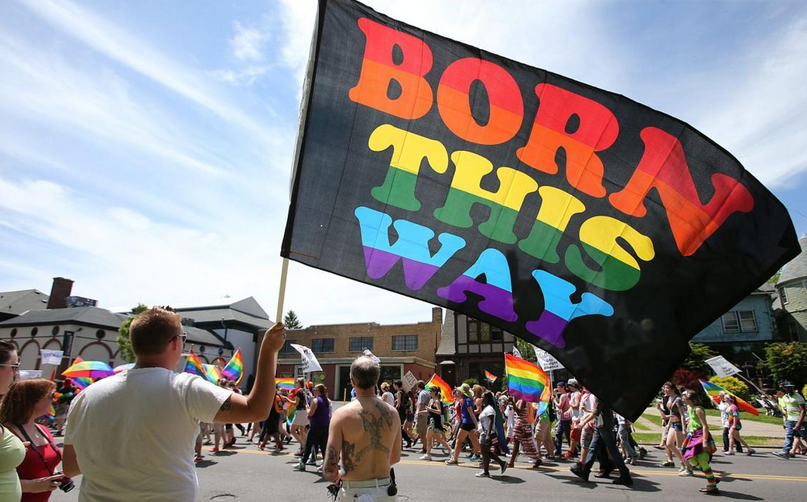 According to Britannica, the rainbow flag “goes back to 1978, when the artist Gilbert Baker, an openly gay man and a drag queen, designed the first rainbow flag.” Apparently, Baker was urged by Harvey Milk, one of the first openly gay elected officials in the U.S., to create a symbol of pride for the gay community.

What’s the word “pride” doing here? Pride being the greatest of the sins, according to C. S. Lewis. On the other hand, the word can be used as an innocent expression of praise. ‘You must be proud of that’, someone might say, for example, if one has achieved something against the odds. One might then reply, ‘Thanks but I had a lot of help’, or some such. Genuine humility in responding is the antithesis of pride.

Lewis was talking about the pride which is self-conceit, which finds expression in comparing oneself more favourably than others — in position, achievements, in looks, in whatever. It means essentially wanting to be always thought of as better than the next person. Of elevating oneself, of ultimately replacing God with self. And, we’re back to the Garden of Eden.

Go back to my example of an innocent expression of pride. Probably, most people would think it out of place to say someone must be proud to be tall or prepossessing, particularly when short or unprepossessing people are around. It can happen of course. What I’m getting at is that generally people aren’t praised or condemned for their innate physical appearance, because such things are outside of their control.

To Britannica again, and to “gay pride.” What does “pride” mean in this context. “The early demonstrations were often focused simply on participants being proud to be out of the closet.” I can see the legitimate and innocent way pride might be used this context. Maybe to praise people for their courage in coming out, though they might face censure for doing so. While that still might be the case these days in some isolated contexts; predominantly, it’s not the case in Western societies. Same-sex marriage is in place; prominent people are comfortable swanning around with their same-sex husbands or wives or partners. Job done.

So, what does pride mean now? Now, when the early focus of gay pride has given way to what Britannica describes as “political and social activism.” Let me ask the question another way. What did those seven Manly Sea Eagles players, who objected to wearing a rainbow decorated jersey, think gay pride meant? I don’t know. Personally, too, I’m not at all sure what it means. And this is important when it is bandied about as something we all should applaud. The law has had a particular tack.

I saw an episode of Gentleman Jack, a splendid BBC/HBO period drama, set in Yorkshire in the 1830s, about a lesbian couple and their intrigues. One of the villains in the story was intent on nefarious gain by exposing the “unnatural” relationship. He was informed in no uncertain terms by a lawyer representing Miss Lister (one of the two) that it was not illegal and that he was at risk of being sued if he spread scurrilous gossip. I mention this, in part, to encourage you to view the series, if you haven’t already. But also, to underscore the point that it was a specific act, not same-sex relationships, that the law targeted. ‘We two men or women share companionship and are proud of it’, seems a bit silly to say, but would not have fallen foul of the law. We commit buggery and are proud of it, would have landed you in jail, and perhaps on the gallows.

It’s a very good thing that the law has bowed out of the frame. I don’t believe that the law has any place interfering with the goings-on between consenting adults, provided no-one is harmed. This is a well-known John Stuart Mill standard (in On Liberty), which is fairly robust. At the same time, as a conservative, I don’t totally subscribe to it in all circumstances. We are glued together as a society and nation for good purpose; to protect our lives, liberties and wellbeing. And this sometimes means controlling our behaviour and appetites, even if they ostensibly do no harm to others; that is, if everything is to continue to hang together. Can’t have people cavorting down the street in the nude.

To my second point. Live and let live does not mean that this or that activity has to be celebrated or lauded. I, and many others of goodwill, can’t come at regarding buggery as an admirable part of human existence. It is what it is. I prefer to ignore it. And, as a matter of fact, I prefer to ignore all sexual activity engaged in by other people. I suppose voyeurs might be interested. So, I come back the question, what does gay pride mean? Pride in what? I don’t have heterosexual pride, so I don’t have a point of reference.

I can’t imagine the circumstances within which I would be happy donning a gay-pride or rainbow emblazoned jersey. I wouldn’t know what I was saying, or agreeing to, or celebrating. Anyway, if you’re gay and proud of it, for some unfathomable reason, then wear the jersey if you must. Why would you want other people, who are not gay, to appropriate your pride – in whatever it is? Sexual-preference appropriation bears a strong resemblance to cultural appropriation, doesn’t it? Not politically correct at all, I would have thought. I’m sure it would offend DEI or ESG or something.

A moral obligation to defy the law