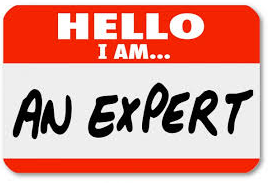 As I noted in an earlier article, one thing we are not short of in this crisis is experts.  Here’s one of them being quoted in today’s (March 24) Australian:

Cases of COVID-19 are currently doubling every four days in Australia and heading towards a trajectory of a three-day doubling. If the epidemic were allowed to continue in this manner, University of Melbourne epidemiologist Tony Blakely said infections could climb to as many as 500,000 a day within weeks.

At 500,000 per day and based on a linear increase, it would take only a further 30 days to infect 15,000,000 people, or 60 percent of our population – the putative level at which herd immunity could be expected to have been achieved.  On an exponential scale – the premise upon which we would get to 500,000 per day to begin with – it would be much quicker. In fact, as The Australian‘s report continues:

Professor Blakely has modelled the impact of social distancing measures and predicts the moves to close pubs, clubs, restaurants and sporting facilities could reduce the R0 (the number of people a carrier would infect) to 1.2 by the end of May. That would see the epidemic peak at about 125,000 infections a day in late May, with 60 per cent of the population infected.

On that basis, ‘within weeks’ the crisis would have passed, but at what cost in deaths? Because it is deaths, not total cases, which concerns us.  It is clear that the vast majority of deaths would occur in the 65+ year age group.  These are the people for whom isolation – self-imposed or otherwise – comes easiest.  Everyone of my acquaintance in that age group is already self-isolating – not to the point of hermitage but remaining home except for visits to essential services and possibly a walk along the beach or a drive in the country.

The fact that we still only have seven deaths in Australia suggests we oldies are doing a good job of keeping safe.  I’ve no doubt deaths will increase but at this stage and based on a table (admittedly unsourced)  displayed by Peta Credlin last night on Sky, on February 29, when Italy had just over 1,000 reported cases it had recorded 29 deaths; we are doing well, I’d argue, to have what is now 2,000 cases for only eight deaths (as of late in the afternoon of March 24).  So glib comparisons along the lines that ‘we are where Italy was three weeks ago’ should be approached warily, and probably with a grain of salt at the ready.  For one thing we now know a lot more about the problem.

If the government is to introduce more stringent quarantining than is already the case, they could well start by targetting the ‘at risk’ group first, an approach Peter Smith has raised in a magisterial analysis published at Quadrant Online on Monday.  Crucial to such a decision would be a consideration of the demographic profile of new cases.  We, the public, do not know the age breakdown of new cases.  We don’t know from numbers being made publicly available how many are hospitalized, for how long and how many are in intensive care.   Why is this information not generally available? In the absence of hard data, people will draw their own conclusions, based on often biassed and ill-informed opinion from a plethora of ‘experts’. There was always going to be an exponential increase in cases.  So far we have not seen an exponential increase in deaths.   God willing that continues. Professor Blakely concedes:

“If we allow an epidemic to pass through and infect everybody at the same rate, 90 per cent of all deaths will be amongst 60-plus-year-olds.”

For me, the take-home message of the above quote is that we need to make bloody those in the 60+ cadre don’t get infected.

There are things government could do better, such as proper screening of people entering the country and more vigorous policing of quarantine etc.  Just shutting the whole place down, as suggested in The Australian article, seems unjustified on the basis of what we have experienced so far.

Allah’s Assassins, Then and Now

Sold Up The River

Wind vs Wind: There Can Be No Honest Winner