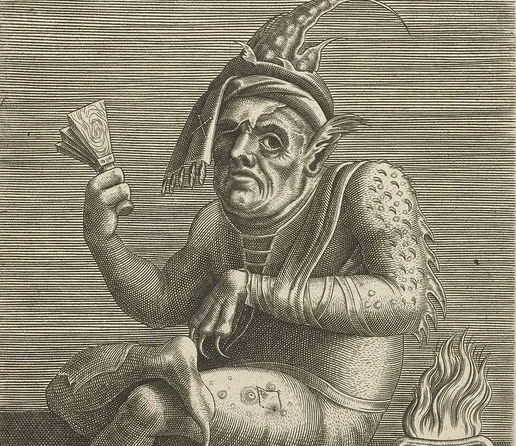 Some random thoughts on the current situation.

When this thing first hit, I was reminded of HIV/AIDS, Ebola, SARS  et al, all of which various experts were appraising at the time as being poised to sow megadeath across the planet. In the event, we got through these plagues with minimal long-term effects — indeed, quite quickly in most cases — so I was initially quite blasé about the Wuhan virus.  I still am, to some extent, and remain reasonably confident in predicting the health outcomes, allowing there are no killer mutations, will be better than most pundits currently foresee, even allowing for the viral torment now scourging Italy.

Already we see talk of vaccines at the human testing stage, and there is emerging evidence that the malarial suppressant Chloroquine has some effectiveness in prevention and treatment.  Continuing on a brighter note, some Singapore scientists have flagged the possibility that the virus might already be mutating to a more benign form.  I expect human ingenuity to weave its magic once again. I’m not saying the measures currently undertaken are not necessary, both healthwise and politically. Simply that, as I read the portends, we are likely to emerge from this crisis at the earlier end of the projections.

That said, when the undoubted seriousness of this virus became apparent, I could not resist sheeting home the blame home where it belongs: China. From what I can gather, if China had implemented recommended measures regarding live animal markets that emerged from the SARS outbreak we would probably not now be in this situation. And that does not take into account the fact that China undoubtedly concealed the existence of the Wuhan virus for some considerable time – long enough for a country as remote from China as Italy to now be the epicentre of world infection.

When the pandemic and panic have passed, the world on which China has inflicted this suffering and disruption has a right to know everything about the outbreak’s genesis, up to and including an examination of what has been going on at Wuhan’s top-level bio research lab located just five kilometres from the infamous “wet market” which official accounts insist was Ground Zero. The Canadians in particular will be interested in that avenue of inquiry.

Meanwhile, as we self-isolate, it’s hard not to fill the idle hours of solitary confinement by comparing the Wuhan virus with climate change racket.

Globally, one of the more asinine and irritating memes of the alarmist set is the cry that the West owes a huge debt to the Third World for all the devastation its addiction to fossil fuels is said to have visited upon those poor and often benighted countries, the generally quoted figure being $100 billion per year. Notwithstanding that many of these countries have no respect for free speech or property rights and, as a consequence, have endured disease, degradation, poverty and endemic corruption, their lot and living standards have seen considerable improvement since the end of the World War II. Those gains are owed almost completely to the fossil fuel-driven advances in science and technology from the West.

So, if it’s reparations we’re talking about, let’s look at the other side of the ledger. The current Wuhan virus, according to the UN,  is estimated to cost the global economy $1 trillion in 2020 alone.  Most of that burden, equivalent to ten years of our alleged annual ‘debt’ to the Third World, will fall upon the West.  Add to that the impact on the West of HIV/AIDS, Ebola, SARS, bird flu etc etc, all of which originated in the Third World, and the debt ledger is distinctly weighted against the corruptocrats calling on the UN to fetch them their ‘victim payouts’.

As I write, today’s Australian is reporting that President Donald Trump is doubling down on his criticism of China,  which has had the gall to accuse the US of initiating the outbreak by introducing the virus to China. No doubt Trump will be denounced for “xenophobic dog-whistling” and, if the ABC story published on March 13 is any guide,  taken to task for his alleged bigotry by the national broadcaster. Surely the thrust of the story at the above link should have been China’s obscene efforts to hide from responsibility beneath a blanket of lies. Yet in the ABC account, the focus was overwhelmingly on the allegations, not the nature and motives of the regime making them. And just to he helpful, the ABC chose for its prominently displayed ‘snatch quote’ the words below

Has the ABC followed the lead of Victorian Premier Daniel Andrews and signed up for Beijing’s Belt & Road project? How does such a claim come to be parroted and highlighted by a decent news organisation? The answer, of course, is that the ABC is not a trustworthy organisation.

The next thought to intrude on my self-isolation was to marvel at the role of ‘experts’ and how they come in two distinct varieties. As far as climate change is is concerned, the clarion call is always ‘heed their advice’ of those rent-a-quote doomsayers exclusively promoted by the ABC, The Conversation, The Guardian and wretched Nine newspapers. When an expert not singing with the catastropharian choir attempts to express a counterview, that opinion is suppressed by editorial policy and decree. The Conversation has even boasted of no longer allowing its readers thoughts to be sullied by enviro-heresies.

What a contrast with the Wuhan virus, where it seems any and all expert opinions must be heard.  And there are no shortages of these solons, all with varying prescriptions along a broad spectrum of responses.  They are given free rein on all outlets, even the ABC. The hypocrisy would be startling were the Australian mainstream media’s abrogation of the responsibility to report without fear or favour not already so obvious in every latest bulletin.

On the Australian response my thinking has been heavily influenced by Jack Weatherall’s recent Quadrant Online article.  It seems to me that we are presented with arguable but polar opposite options –  the ‘lock down’ option and the ‘herd response’ option. The ‘lock down’ option aims to contain the spread of the virus until a vaccine and treatment can be found.  The justification for this strategy is that if infection ramps up exponentially, as it has done in Italy, it threatens to overwhelm our hospital system.  The downside is that it threatens to destroy our economy.  On the other hand, the herd-immunity option accepts that more people will be infected but economic pain minimised. It also assumes our hospital system can cope. I first heard of the ‘herd immunity’ option via the UK’s chief scientific advisor, Sir Patrick Valance.  One of the main objections to this option is that it puts our most vulnerable citizens at unacceptable risk.  Shortly after this option was canvassed, UK PM Boris Johnson imposed a three-month total quarantine on this group.  It is important to remember that this quarantine is not designed to prevent oldies from infecting others but that they should not be infected.  As a Quadrant subscriber commented under Jack Weatherill’s article:

As one of the ‘at risk’ cohort, although at the lower end I hasten to smugly add, what chills me most about the crisis is what it is doing to our society and our economy. I am a natural optimist, though, and believe we will get this virus under control quicker than many ‘experts’ are forecasting. The herd immunity option offers the chance to minimize the economic damage. Those in the ‘at risk’ demographic have the option to self-isolate to whatever extent they feel is necessary or tolerable. The onus is on them to protect themselves. Measures, such as reserved times for shopping, medical appointments etc, can be implemented to help them. More stringent restrictions could be applied if it becomes apparent that self-isolation is not working.

What we don’t know is how real is the threat of our hospital system being overwhelmed.  Apparently, for most of those infected, the effects are relatively mild.  If it is mainly the old and infirm who are needing ventilators and intensive care, then if we can take them out of the equation, perhaps the problem is not as great as we have been led to believe.

Although The Netherlands has adopted it, the ‘herd immunity’ option would probably not fly in Australia, so it seems to me the government has got the balance about right.  But now it needs to encourage people to go about their normal lives to the maximum possible extent.  People should take advantage of the fact that they can gather in groups of 100 (an admittedly arbitrary figure) and government should encourage this.  Just one thing that could be done would be to partition stadiums, by means of chain link fencing, into bays each capable of safely holding 500 people, appropriately ‘socially distanced’, and get some crowds back to sporting events. Anyone who witnessed the lopsided AFL contest on Thursday night between Richmond and Carlton will know that a poor game of footy is made worse by silence from empty stands.

When this global unpleasantness is done, responsible political leadership, not only here but everywhere in the world, will need to take a long, hard look at how much respect the world owes the bullies of Beijing.

If there yet remain enough politicians who have not been bought and paid for by China’s masters, these questions and more will be front and centre.

For Australia, further questions in need of answers are crystal clear. Was it sound policy to allow the decimation of our manufacturing sector? Can an economy be based on digging things up while debasing universities with dumbed-down courses for fee-paying visitors who barely speak English as the the nation attempts to build a robust economy by carrying tourists’ bags and serving each other cups of artisan coffee? Quadrant contributor Geoffrey Luck’s pithy letter in today’s Australian goes right to this point.

…The plethora of coffee shops, dog washers and nail bars is the boil on the economic body, grown fat and lazy on the earnings of the mining industry and the few businesses that make things.

This is the opportunity for the government to promise to stick to its core duties and stop meddling in every aspect of private and social life. This is the wake-up call the country had to have — don’t waste it by subsidising failure…