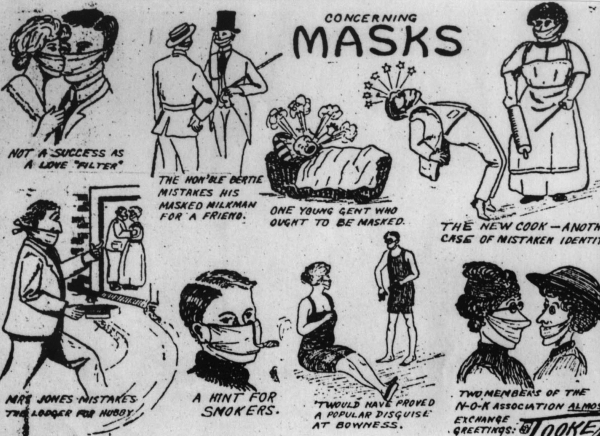 It would appear the principal component of the coronavirus, now known as Covid-19n, that differentiates it from others of the same family responsible for mild upper-respiratory tract infections is the ‘n-for-novel’ component, which has seemingly never before been encountered by the human gene pool. It is the immune system’s lack of familiarity that significantly boosts covid-19’s mortality factor, especially amongst those with cardio-pulmonary deficits due to chronic disease. This, of course, goes hand in glove with the cohort most at risk: those with a median age of 70. Smokers, unsurprisingly, also appear to be disproportionately represented in mortality statistics out of Wuhan and elsewhere. In light of this, and no matter how ‘clinical’ or coldly rational it may sound, professionals in the relevant fields should be allowed to discuss and appraise the best way forward without fear or favour. If the response to this pandemic becomes overwhelmingly politicised, then the wisest path to navigate the challenge may well be missed or overlooked.

So it was that we had the considered contribution from UK’s chief scientific advisor, Sir Patrick Valance, who posits that covid-19’s lethality will not diminish until such time as there is population-wide herd immunity, which he estimated to be around 60 per cent of the UK population. It would seem such a consideration has taken the broadest of all views of the population-wide implications of this novel virus. His assessment — informed, grounded and sobering — is an affront to the rival camp’s ‘fight it in the trenches’ containment strategies. Not that either strategy must necessarily be at odds with the other, but trying to create an entrenched front of ‘conflict’ with the spread of this disease may prove ultimately futile against a highly transmissible and environmentally stable pathogen such as covid-19. The fact that the end goal of containment is to flatten the bell curve of incidence in the community while providing some capacity to manage the pandemic without overloading and overwhelming concedes that transmission will be widespread indeed.

There has been some emerging and encouraging evidence as to the at least temporary success of very stringent, highly policed containment strategies from the original epicentre of the epidemic, in Hubei province, and South Korea, where transmission rates and mortalities have fallen sharply and plateaued respectively. However, this does not mean transmission rates would not or could not rebound when constraints are relaxed and when climatic considerations, generally increased cold, may yet again exacerbate prevalence, as it so often does in similar seasonal influenza morbidity. That may not occur again in the northern hemisphere until later this year.

Until such time as an effective vaccine is created or significant swathes of the population have been exposed, then the deadly novel component will persist — and persist in the pool of human vectors it most certainly will, since so many of its infected hosts remain either asymptomatic or only very mildly ill. This seems especially true, thankfully, for the young, for whom so many viral exposures are novel. Indeed, the same general pattern, although both morbidity and mortality rates may differ somewhat, occurs each time a new and novel influenza virus strikes such as H1N1, which is now, incidentally, ubiquitous globally. It is also the reason each years’ seasonal flu vaccine must seek to keep up with the most virulent new strain. The suggestion that no lessons can be taken from influenza viruses such as the “Bird Flu” in relation to how this particular coronavirus will unfold is a nonsense. Both are predominantly upper respiratory tract infections whose lethality resides in secondary sequalae of pneumonia (generally bacterial) and acute organ failure due to an overwhelming immune system cascade. Both spread rapidly, by exactly the same mode of transmission. Both are zoonotic.

Currently, worldwide testing remains relatively low in both outright numbers and as a percentage of potentially affected regional populations. Even China had only conducted 320 000 tests across the country as of late February and the city of Wuhan alone has a population of over 10 million. Worryingly, there now seems to be a paucity of updated figures on a number of important parameters emanating out of China. Without widespread testing, containing asymptomatic or very mildly symptomatic carriers is as remote as ever.

Based on some initial reactions to Sir Patrick Valances comments, it’s as though he were an appeaser to the Third Reich; alternatively, perhaps his appraisal, again based on solid knowledge of the natural history of such coronaviruses, seems counterintuitive to the full frontal embattlement brigade and is seen as a capitulation. More likely, though, is that Valance’s voice is one of stoic pragmatism.

So, is the key to managing the unstoppably transmissible covid-19 virus a balance between slowing it for the pragmatic reason of maintaining a sustainable healthcare system in a protracted crisis and seeking to take the novel out of this particular coronavirus? It is difficult for anyone to be certain, as there is so much that remains unclear and/or unknown about the overall epidemiology, although we can be certain that we remain in an early phase of high virulence. Case Fatality Rates (CFR’s) have varied markedly from less than 1 per cent to the worst-case scenario currently unfolding in Italy which approaches 7 per cent. CFR’s, however, should not conflated with mortality rates, as CFR’s relate only to known and documented cases and cannot account for the severalfold increase in unaccounted cases and asymptomatic carriers. Therefore, true mortality rates are highly speculative and likely closer to the 1 per cent mark on the basis of a global average. This is lower than the mortality rates for Covid-19’s cousins, MERS and SARS, which had mortality rates of 34 per cent and 10 per cent respectively. Again, these viruses have not gone away, contrary to popular opinion; they are simply not novel any longer and have been diminished due to widespread exposure.

As of writing, the CFR for Australia was just 1.3 per cent (5 deaths) and with 375 confirmed cases representing a significant enough case load to start to gain some insight into the lethality in the Australian context. Indeed, very few Australian cases have required intensive care intervention. What is better defined, is the demographic of the high-risk cohort as stated previously and it doesn’t really hold any surprises. The likes of Peter Dutton, Tom Hanks & Co., werere not hospitalised for days on end due to the need for critical medical intervention, rather as a means of isolation and observation.

Given the seemingly disparate objectives of a containment strategy and that of building herd immunity to a predominantly mild illness, how might the two concepts be merged to both protect the excessively vulnerable and simultaneously disarm the lethal ‘novel’ component of COVID-19? Perhaps social-restriction measures should be targeted at the high-risk cohort and high-risk activities, while others from low-risk cohorts are able to keep the wheels of a functioning society turning. Any logic that says such a measure is too unfairly restrictive on certain cohorts ought first answer how restricting everyone equally, even if at low risk of mortality, is any better? To do so, as we seem to be currently doing, runs the very real risk of crippling a modern interconnected society to such an extent that the impact on supply chains, meaning access to goods and services, will be profound, ultimately knee-capping the resourcing of the healthcare sector itself, as is already happening with supplies of covid-19 test kits. Such an outcome would be perversely self-defeating. If lockdown becomes protracted the real risk of flow-on impacts on health, welfare and economic impacts will be reminiscent of the Great Depression with social dislocation and increasing social disadvantage likely leading to a substantial spike in crime and general lawlessness, perhaps even revolt.

People can go without essentials for only so long. While such a scenario may seem fanciful at present, the descent into such unrest amongst the masses throughout the history of civilisation is almost always rapid in its final degeneration.

This is why we must not let the hairs stand up on the backs of our primal selves’ necks when first exposed to the qualified contributions of those such as Sir Patrick Valance, and instead take a deep breath to try and appreciate the very considered pragmatic appraisal it brings to the table and how we might best achieve the balance between containment to protect the especially vulnerable and engendering a deactivation of the lethal ‘novel’ component with the inevitable herd immunity that will ensue either sooner or later. The longer that takes, the deeper the potential impact on every level.