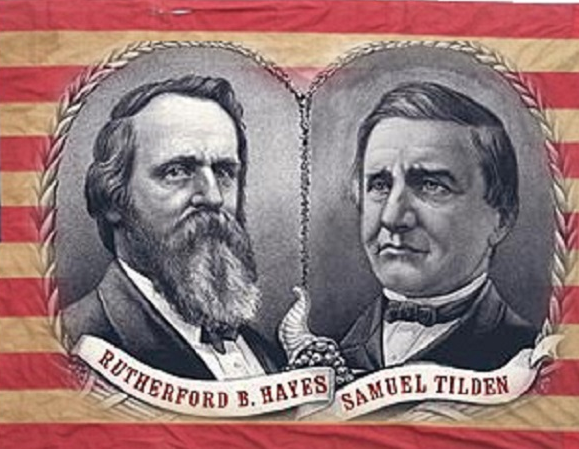 I am, by nature, sceptical of conspiracy theories. But the arrival on my doorstep of Keith Windschuttle’s new book, The Persecution of George Pell, reminded me that they do indeed happen, not least in the State of Victoria, where the Nicola ‘Lawyer X’ Gobbo travesty and the conspiracy of silence surrounding hotel quarantine have still to be fully exposed. Despite the protestations of many commentators, including some for whom I have great respect, I cannot shake the feeling that the US election is being stolen from President Trump.

If that is so, it might be due to an overarching conspiracy, or it could simply be a series of uncoordinated, opportunistic frauds at the local level — ballot stuffing and the like inspired by not-so-noble-cause corruption. Or it could be a combination of both. Setting aside the overarching, ongoing and irrefutable collusion between the Democrats, the mainstream media and Big Tech to ignore or besmirch Trump’s achievements (Middle East peace pacts) and harp on failings real and imagined (Russia! Russia Russia!) while burying Biden’s deficiencies and liabilities (son Hunter’s laptop), I confine my remarks to the election itself.

The reasoning of those commentators calling for Trump to cool it is that, even if there was some fraud, it could not have been on such a scale as to overturn the “result” so eagerly called by the media and, further, that speculation and accusations concerning vote fraud damages faith in democracy. There is irony aplenty there: if elections are bent, the greater crime is to mention it lest the citizenry lose faith in, well, bent elections.  These pundits are contemptuous of Trump’s legal gambits being allowed to play out and his expanding file of sworn statements detailing mischief and malfeasance given their day in court.  ‘What evidence’, they shout, ‘these are no more than unsubstantiated allegations’. It’s a fatuous claim since, by definition, allegations are always unsubstantiated. Only when substantiated do they become facts. That is a process for the courts.

It is a daunting task to tackle the weight of this orthodoxy. Most readers will understand the term ‘chaff’ used in a military sense.  Developed during Word War Two, it involved the dropping thousands of small metal strips to confuse the enemy’s radar systems.  There is a lot of chaff flying around at the moment, most of it, I suspect, coming from Trump supporters predisposed to promote any and all allegations that might help to reverse their candidate’s fortunes.  Much of it may well be true, but it is very difficult to sort out the wheat.  For example, President Trump has tweeted that the Dominion software, used by many states for automated vote counting, has stolen, literally, millions of his votes. It boggles the mind to think a conspiracy so vast might be more than the fever dreams of angry and depressed Trump supporters, yet there is at least one proven instance where this happened. In Antrim county, Michigan, a ‘glitch’ transferred 6,000 votes from Trump to Biden. This error was corrected by the electoral official who noticed it and, purportedly, no other harm was done. But who is to say it didn’t happen elsewhere and go unremarked?  Computer glitches tend not to be random, isolated events and, when they happen, they are far more likely to spawn incoherent cyber gibberish and system crashes, not the neat and tidy transference of numbers from one column to another. The only places scepticism about the election result seems not to have arisen is in newsrooms.

At the time of writing, five states remain in play:

Remember, the nationwide popular vote, which Biden is guaranteed by overwhelmingly ‘blue’ states such as California and New York, counts for nothing. Under the Electoral College system all that matters is the result in each state.  At the moment, Trump is on 217 EC votes.  North Carolina gets him to 232, which is 38 votes short. He must therefore overturn the apparent result in Pennsylvania and Georgia as well as snatching back Arizona or Wisconsin. That is an enormous task.

Elimination of dodgy votes and meticulous ‘hand re-counting’, which has been ordered in Georgia, could see that state’s Electoral College votes taken away from Biden. Anomalies with the count, statutory declarations asserting fraud, wee hours ballot deliveries and the harassment of Republican scrutineers in Michigan might also see that result come to be so deeply steeped in doubt that the state legislature refuses to ratify it — the same scenario that, conceivably, could play out in Pennsylvania.

Finding and eliminating some 50,000 fraudulent votes in that state seems unlikely. However, there are theories as to how the Supreme Court, whose justices must dearly wish this cup had passed them by, could deliver a boil-over in Pennsylvania. Laurence Maher has addressed this issue, as Quadrant Online readers will know. As I understand it, the Pennsylvania Supreme Court (dominated by a majority of elected Democrat judges) usurped the function of the state legislature in decreeing that mail ballots received up to three days after the election should be counted.  The US Supreme Court declined to expedite a Republican appeal against this edict, but it did specify that such ballots were to be segregated.  That appears in some counties not to have been done, which would make vote-counting problematical to say the least. Now a Pennsylvania judge has ruled those segregated votes cannot be counted.

If the US Supreme Court decides the Pennsylvania Supreme Court overstepped the mark what next?  It has been suggested by some commentators that, even if the US Supreme Court so ruled, it would be grossly unfair to disenfranchise voters who abided by the rules they were given. Is it possible to scratch some votes but not others?  The Australian’s acerbic columnist, The Mocker, in an article that should not be missed, pointed out that, at least in theory, the Electoral College need not be strictly bound by the vote count.  The Pennsylvania legislature could devise a Solomonic solution and appoint delegates to the Electoral College, ten for Trump and ten for Biden. That is one scenario. Another envisions the Republican-controlled legislature awarding all the state’s EC votes to Trump.

And this is where the things rocket into the stratosphere of speculation.

Let’s say, just for argument’s sake, that Michigan’s result is also overturned and the cloud of doubt becomes so dark that other states’ conduct of their elections destroys any faith in their honesty. Well, according to the US Constitution, the standoff must be resolved in the House of Representatives, where each state gets one vote and those nominated electors are obliged to back the candidate specified by their respective legislatures.

Should it come to that, Trump wins because Republicans control more states than Democrats.

Couldn’t happen, you say. Well it has happened — in 1876, when Samuel Tilden, a New York Democrat who had won the popular vote by a runaway margin, found himself 19 disputed Electoral College votes short of a majority. When the wrangling and court actions were over and the House had voted, Republican Rutherford B. Hayes was confirmed as president.

Is Donald Trump this century’s Rutherford B. Hayes? We’ll soon find out, one way or the other.

Nothing to Do With Islam?

How to Lose the Catholic Vote