Confirmed not by Law but by Media 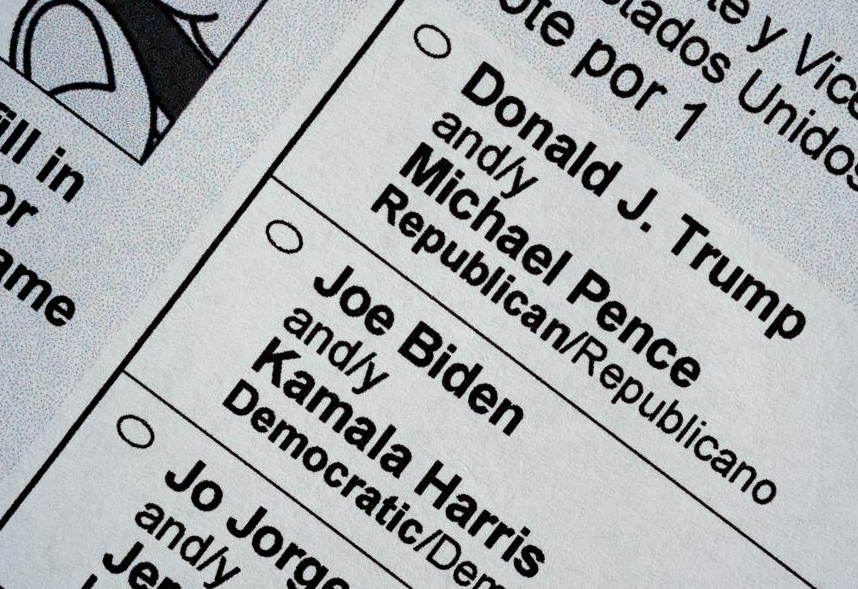 How many Australians know a brace of cases is pending before the US Supreme Court, which has been asked to review a variety of lower-court decisions concerning the constitutionality of aspects of the counting of votes in the 2020 US Presidential election? In all likelihood, the answer to that question is a minuscule number.

Is this because our mainstream media organizations, including those with American bureaux and reporting directly from the US, are unaware of what can be ascertained by just about any Google-savvy Australian high school student? Or is it because widespread media censorship is evident in omitting any but the most fleeting passing mention of the uncertainties and legal challenges hanging over last week’s election? It seems open to infer that there are various reasons, with the foregoing two (severally, and in combination) at the top of the list.

Why is it that the overwhelming characteristic of the ongoing Australian mainstream media coverage of the 2020 presidential election, including the viscerally anti-Trump ABC, is the heaping of scorn on the mere suggestion that the result of the election has yet to be formally determined and that the rule of law should be allowed to take its normal and legal course? It is an odd world indeed in which there seems to be some Australian mainstream media awareness of events two decades back in Florida, as crystalised in the US Supreme Court’s decision in Bush v Gore (2000), plus the provisions of the US Constitution relating to the Electoral College system, but that the US Constitution and its provisions should not otherwise be mentioned in politically correct society.

Is it fanciful to suppose that the hypothetical ‘reasonable Australian’ – whether for Trump or against him, or simply a follower of US politics as a spectator sport — will agree that for many Americans the election so far, and prior to the imminent decision of the Electoral College, has been no less freighted with consequence  than was the 2016 presidential election. In the immediate aftermath of the latter contest the legitimacy of Trump’s presidency was immediately called into question by his political foes (Russia! Russia! Russia!) and the media echo chamber which found the ridiculous accusation that Vladimir Putin had rigged the voting so worthy of amplifying. Trump’s victory was never accepted by the losers. Perhaps opinions will differ markedly, but it is at least arguable that a segment of those hypothetical ordinary and reasonable Australian who detest Trump also consider the integrity of electoral systems worth defending. Would such Australians be comfortable hearing the mainstream media parrot the slogan, “Forget the Court of Disputed Returns, all that matters is getting the outcome we want!”? In the wake of our last federal election, that court was kept very busy.

On October 28, 2020, the US Supreme Court denied a motion to expedite the hearing of an application by the Republican Party of Pennsylvania for a review of a decision of that state’s Supreme Court which, by a vote of four to three, decreed that mailed ballots need not be received by election day. Worth noting and barely mentioned by Australian media organisations’ US correspondents is that judges on the the state’s Supreme Court are elected, and that the four who voted in favour of the extension are all party machine Democrats. What that court endorsed were measures rightfully and solely the province of the legislature. The result was that ballots were to be treated as timely if postmarked on or before election day and received within three days thereafter. Indeed, the court went even further in ruling that mail-in ballots lacking any postmark at all could still be counted. In his short opinion denying the motion, Justice Alito, with whom Justices Thomas and Gorsuch agreed (Justice Barrett took no part in the consideration of the motion), made this observation:

The Supreme Court of Pennsylvania has issued a decree that squarely alters an important statutory provision enacted by the Pennsylvania Legislature pursuant to its authority under the Constitution of the United States to make rules governing the conduct of elections for federal office. . . In a law called Act 77, the legislature permitted all voters to cast their ballots by mail but unambiguously required that all mailed ballots be received by 8 pm on election day. . . It also specified that if this provision was declared invalid, much of the rest of Act 77, including its liberalization of mail-in voting, would be void. . . The legislature subsequently made it clear that, in its judgment, the COVID–19 pandemic did not call for any change in the election-day deadline. (emphasis added; formal citations omitted by author)

There is informative factual detail in that short opinion, but for present purposes it is enough to say that the proceedings remain very much afoot. There remains a possibility that the 20 Electoral College votes for Pennsylvania will not be cast for what the media insist on calling “the president-elect”, their narrative inspired either by gross ignorance of the law or deliberate misrepresentation. To be clear, Joe Biden will not be president-elect until the Electoral College confirms his victory on “on the first Monday after the second Wednesday in December.” For those interested in the Democratic National Committee’s shared concern that the US Supreme Court protect its candidates’ ‘constitutional rights’, here is some instructive bedtime reading.

There is other factual material (and debate) readily available about the constitutional issues presented for the SCOTUS’s determination in the cases pending before it. All of this should be reported in Australia. All of which brings to mind Launcelot Gobbo’s assertion in The Merchant of Venice, “… but at the length truth will out.” Or so we must hope.

The author is a Melbourne barrister

What happens to Kevin Rudd?