A Good Word for the ‘Culturally Unsafe’ Daniel Andrews 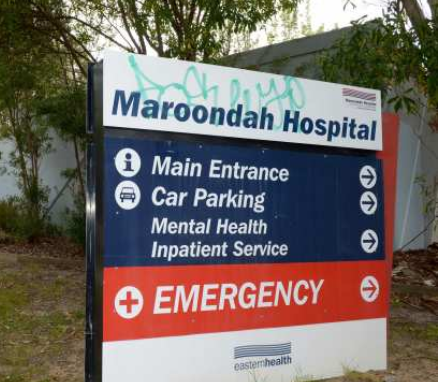 My hands tremble over the keyboard as I type this, but fairness obliges me to offer a few good words for Daniel Andrews. I may be the first writer ever to do so in the pages of Quadrant, come to think of it, though I promise I won’t turn this spirit of inclusion and charity into a habit.

If re-elected at the November state election, the Labor government has pledged to rebuild and expand Maroondah hospital in Melbourne’s east. A new hospital needs a new name, the Premier has sensibly argued, and his proposal strikes me as a jolly good one: the site is to be named in honour of Queen Elizabeth II. Two — ah, dash it, make it three — cheers for Daniel Andrews and his tribute to our late monarch.

The Victorian First People’s Assembly and the Greens, however, aren’t all that frightfully keen on the idea, and they’ve registered their objection in a typically fatuous manner. Assembly co-chair Marcus Stewart trotted out the line that every sooky activist and politician would learn and recite: with this name change, the Premier has created a “culturally unsafe” environment for Victorian Aboriginals.

As of this writing, there hasn’t been much journalistic curiosity about such a claim. How, exactly, will the new signage create a threat to potential patients? Unsurprisingly, Aboriginal South Australians have made use of the Queen Elizabeth Hospital in Adelaide’s western suburbs for some time, and yet we’ve never heard any whinging about its dangerous name. Perhaps Mr Stewart and his co-aggrieved have been a bit insincere about their bruised feelings, and an enterprising journalist might even call out their inanity. I’d even settle for a follow-up question at this point, but I shouldn’t raise my hopes. After all, those rattling on about safety and whatnot can usually get away with being less than consistent on such matters.

Senator Lidia Thorpe, for example, had her whole day ruined by the Andrews announcement and asserted that she had felt colonised yet again. Poor thing. I mean, she’s gone through life and ascended to the Senate with such a limited vocabulary, which basically consists of “colony” and its derivations. Anyhow, let us recall that safety certainly wasn’t Thorpe’s major concern when she cheered on the protestors who set alight Old Parliament House in December last year.

Thorpe’s enthusiasm for arson is matched by her passion for intimidating elderly Aboriginal ladies, as I’ve just learned from the Sydney Morning Herald. Apparently, Thorpe’s ex-chief of staff David Mejia-Canales spent some part of the work day dashing off apology emails to Thorpe’s victims of abuse. In a 2021 meeting at Parliament House, Thorpe left Aunty Geraldine Atkinson, a woman in her 70s, in such an emotional state that she needed medical attention from a nurse onsite. The other attendee and apology recipient was — oh, interesting — the aforementioned Marcus Stewart of the First People’s Assembly. Perhaps he does know something about workplace safety after all. If only he would direct his ire at a target more deserving than a hospital entrance sign.

As Junkee reports, Thorpe has been joined in the Daniel Andrews backlash by Claire G. Coleman, an award-winning Aboriginal author and transactivist. Coleman responded to Andrews’ Twitter announcement by writing:

“Hi Daniel, you don’t know me but I would like to offer to speak to you in person regarding why changing the name of a hospital from an Aboriginal word to the name of a dead colonising monarch is a really bad idea.”

As your new advisor at Quadrant, trust me, Dan: this is an acquaintance best left unmade. Sure, you may think it’s a good idea, as Coleman is fêted at all the right literary festivals, and she even occasionally heckles as a panelist on the ABC. I doubt, though, that any interlocutor could really feel safe in her company. I nervously raise my hand to admit that I wouldn’t. I note, in passing, that Coleman has publicly fantasised about the murder of “TERFascists” — her descriptor for those who have mild reservations about radical gender ideology. Yes, she clears her throat by saying it’s a thought experiment and all that, but one can’t really be put at ease when you hear a manic cry like this:

When you think about it “kill all TERFs” has the same energy as “kill all Nazis”.

I draw attention to these rebarbative figures and their finger-wagging in the hope that we might all cease to take them seriously or to listen to their complaints. Loose talk about fears for one’s “cultural safety” could be attached to just about anything: it’s a simple way of getting what one wants without going to the trouble of making a real argument.

For what it’s worth, I have cultivated my annoyance with the finger-waggers for some time now. I first noticed this style of engagement during the Sydney Festival in January. As readers may recall, the Israeli embassy donated $20 000 to stage Decadence, a production by an Israeli choreographer. It didn’t take long before the Boycott, Divestment and Sanctions goons requested a refund and accused the artists reluctant to withdraw of complicity in genocide and torture. If you thought that was an unimprovably stupid charge, let me remind you of the follow-up: hosting the dance routine also allegedly contributed to a “culturally unsafe” environment for Arab festival-goers. The event went ahead — without violence, I am reliably informed — and everyone had a splendid evening. Of course, no journalist even raised a skeptical eyebrow at BDS’s ridiculous claim, which is one reason Marcus Stewart can feel so confident when he flings the same one around today.

It will all become more tiresome and probably more effective as new debates crop up in public life. How long, I wonder, before arguments that oppose or even question the Voice to Parliament are deemed to be “culturally unsafe”? To the bill of complaint, the critics might even add that No voters are questioning someone’s right to exist or putting marginalised communities in danger. Not long, I reckon. I don’t like my chances of retaining Daniel Andrews as an ally in such scuffles, which means I can happily resume my dislike of the Victorian Premier. Rest assured, Quadrant reader, you won’t have to wait long for that, either.