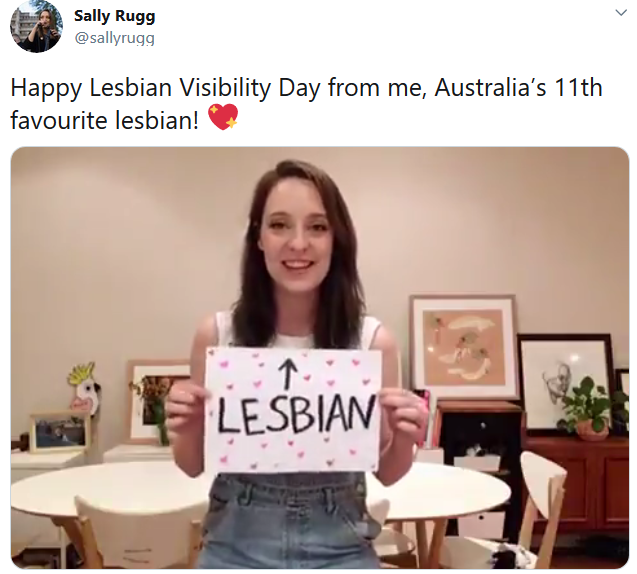 Sally Rugg’s account of the campaign for marriage equality, How Powerful We Are: Behind the Scenes with One of Australia’s Leading Activists, has received only hearty praise and tearful tributes, as far as I can tell. Such a reception suggests quite a few people are frightfully keen on a glance back at that impassioned debate and its supposedly final victory. I am not among such people. 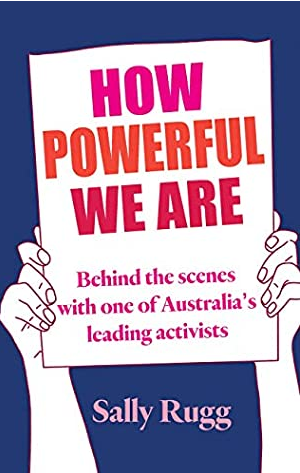 Unsurprisingly, much like the campaign itself, Rugg’s book is intimidatingly boring: it goes on and on — and then on a bit more, but if you manage to focus your attention there are several useful, albeit sinister, reminders that the revolutionary thirst is never quenched. For a book about a tremendous political success, one often notes an absence of joie de vivre. There is, as our disgruntled progressives solemnly declare, so much more to be done.

In the early pages of How Powerful We Are, Rugg offers sincere apologies for even having to mention the name of John Howard, a ghastly social solecism in her circles, apparently. She knows her readership, in other words, and that probably doesn’t include you, my dear Quadrant reader.

Should Rugg’s comrades defeat their enemies in the cultural revolution she so desires, the readers of this magazine and website might face some awkward questions about their voting choices in late 2017, when Rugg, as a leading commissar at GetUp, kicked off the YES campaign. It may interest the reader to know that Rugg herself once held what she would describe in others as a horribly bigoted view of gay marriage and the movement for its legalisation. That’s to say there was a time when she opposed it, which put her in the same camp as — let us pause for dramatic effect — the bestial John Howard:

Here’s a confession: when I first started campaigning for marriage equality, I didn’t really support it. I thought the concept of marriage was weird and naff and dated, and that instead of pushing for gay marriage rights maybe heterosexual people should also stop doing it.

About five minutes later, however, Rugg changed her tune, letting it be known how deplorable you must be if you haven’t changed yours too. Her preferred riposte — ah, the rapier wit of the Left! — is calling on her detractors to perform an anatomical impossibility. She scatters such invitations through the chapters, just in case John Howard’s admirers happen to be reading, I guess.

Such a style quickly reminds the reader that the YES campaign wasn’t all that concerned with persuasion, and Rugg admits as much: it was about getting out the vote, insulting your opponents, and engaging in jaw-dropping hyperbole. She acquits her side of any and all unmannerly conduct, even to the point of finding it very difficult to say a bad word about the chappie sporting the VOTE YES badge whose head somehow made violent contact with Tony Abbott’s. There are also some revisionist good words for the anarchists who interrupted a NO event with the exhortation to “burn churches, not queers”. At the time, Rugg sombrely disapproved of such behaviour; now, she condemns herself for issuing the initial condemnation. There was a good deal of rot about love and compassion and being against bullies, you may recall. And yet, Rugg repeatedly confesses delight about the young toad who got #EatShitLyle trending on social media. That refers to Lyle Shelton, by the way, and such tactics didn’t constitute bullying, according to Rugg, because contemptible white male and whatnot. Given a choice between a violent moron and a conservative prime minister, the media opted to invest its sympathies with the former, as per the clip below. Ms Rugg must have found the Fourth Estate’s support most comforting.

One often gets the impression that Rugg doesn’t know the meaning of words. My favourite example is her claim that

When the Liberal party introduced the idea of a plebiscite in place of a parliamentary free vote, it was a sign that our democratic process had all but broken down.

How, exactly, does a proposal for a more participatory democracy signal state failure? Things get a touch more hyperbolic as the she tries to make her account resemble the memoir a death-camp survivor or veteran of life-and-death battles. I lost count how many times Rugg reminds the reader that she, after the great struggle, and despite the hardship of a voluntary postal survey, “survived”.

Proceeding in this fashion, the reader must struggle with competing and confusing ideas. LGBT individuals (more letters have been annexed to this acronym, I know, but I can’t include them here as my review has limited space), Rugg avers, are both the strongest, most wonderful group of people ever, but they’re also sensitive blossoms who will, at the slightest lack of care, shrivel up. I’m trying to find the positive qualities in this book, but I can only find unintentional ones. Without a doubt, Rugg has managed to preserve the record of nastiness, bullying, and mendacity that characterised her campaign. She quotes generously from ABC/SBS golden boy Benjamin Law, who is, in a strong field, one of the bitchiest and most unpleasant figures in Australian public life. He sniffs:

I loathed how the media elevated pathological liars and bigots into suddenly respectable figures who apparently warranted a national platform.

Yes, how lamentable. I recall one such cretin expressing an interest in raping members of Parliament not on board with gay marriage, for the purpose of converting them to the cause. Who was that figure? Oh, yes: Benjamin Law. Although Rugg loves activism and, in case you ever forget it she’ll remind you on every third page or so, her preferred mode of social change would have met the approval of an old-fashioned Bolshevik of the reddest hue. She may take that as a compliment, so one should raise a nervous eyebrow at what she truly has in mind:

There are many ideas on how to fix a broken political system. One is that we tear it all down and start again. We storm the federal parliament, fire the lot of them and completely overhaul the political and economic system. We make sure no person is without shelter, healthcare and sustenance, and that no person owns more than one million dollars because you cannot ethically own one million dollars . . . We radically reimagine work and community, moving towards a socialist utopia.

These are not the words of some Twitter revolutionary or that very annoying student in the university politics tutorial. This is someone who commands respect and is regularly invited to whine on the national broadcaster. For those suspecting that Rugg has always had a politician’s talent for prevarication, she admits:

The No campaign were right about one thing: the campaign for equality did not end with marriage rights.

What’s next? You don’t really need to ask, do you? Bring on the transgender lunacy, the abolition  of gender, and the enforcement of Safe Schools, and you better get to it, sons and daughters of the revolution.

Good grief! I pause over that last sentence of mine, as it strikes me upon reflection as a touch too cis-heteronormative, as Sally and the kids would say. Scandalously, it erased the existence of non-binary fellows and transgendered folk, preferably black and disabled, I gather.

It’s on this subject that the books offers a few laughs, some of those bitter and derisive ones. Rugg bangs on endlessly about the awfulness of straight white males, offers a few self-flagellating remarks about her own skin colour and cis-gender, and prefaces every important claim with a lengthy list of intersectional allies (transgender people of colour, the intersex, the gender non-conforming. I’ll stop there because the list will be updated again any minute now). Have fun with these representative sentences, a variation of which appears every few pages or so:

I speak as a white settler, who is constantly developing as an ally of Aboriginal and Torres Strait Islander justice work. Being an ally . . . is something we settlers have to deliberately work on, consciously undoing our socialisation within white privilege and choosing to join with the people pushing and challenging the power that we ourselves were born into. Being an ally is listening, learning and supporting, with an understanding that I probably will make mistakes, but when I do that, I hold myself accountable and commit to being better next time.

If the book’s editor had eliminated just some of this waffle, Rugg would have ended up with a much slimmer and slightly more readable volume, but I suspect that fear plays the central role here. The social justice Left has produced a number of stupid and sinister ideas, and Sally Rugg seems to have imbibed every single one. That doesn’t mean, however, that the woke thugs won’t come for her, too, sooner or later.

If she survives that, her profile and influence will continue to soar, and this book will have made a significant contribution, I would say. What else could stop her? Sally Rugg, full of activist oomph, with a gift for the vocabulary of intersectional windbaggery, has a bright future in Australian politics and public life.