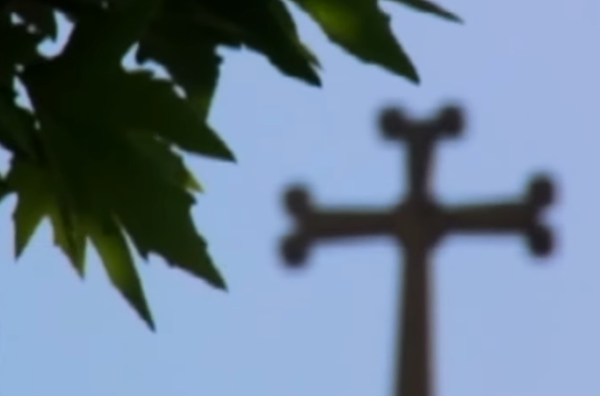 Goodrich is vice-president and senior counsel at the Becket Fund for Religious Liberty, a law firm dedicated to protecting religious liberty for all. His expertise has been developed through litigating some of the most significant cases in recent history, making him an ideal author to explain why religious liberty must be protected and how this should be done.

He begins his book with a discussion of the Christian view that God grants individuals the ability to freely choose or reject a relationship with Him. Relying on this understanding, Goodrich argues that if even God respects our freedom in religious matters then there is a clear obligation on Christians to respect religious liberty. This understanding, he explains, also supports appropriate limits on government power as a failure by the State to uphold religious liberty would be an unjust “attempt by the government to invade a realm that belongs only to God’ and ‘a denial of something that every human being deserves—the opportunity to freely embrace or reject relationship with God.”

Although Goodrich has a central focus on persuading Christians why they should defend religious liberty for all creeds, he also addresses why people of every faith and none should support religious liberty.

To help overcome the doubts many harbour about an unfettered right, Goodrich proposes that religious liberty simply means “government, within reasonable limits, leaves religion alone as much as possible.” This definition importantly recognises that religious liberty can be limited when its expression is harmful to society. He provides child sacrifice and religious terrorists as obvious examples while recognising that in many other situations knowing when limitations are justified is more difficult.

One of the central reasons Goodrich proposes for why religious liberty should be protected is that it respects the ability of all individuals to reach their own conclusion about the transcendent and order their lives in accordance with their conclusions. Such protection applies to all faiths and, as affirmed by the US Supreme Court and international human rights bodies, even includes the beliefs of atheists whose conscientious objection to military service is grounded in humanist convictions.

Properly limited religious liberty also allows faith to play a central role in producing the virtuous citizenry essential for successful democracies while safeguarding the extraordinary voluntary contribution that religions make to social welfare — a contribution to the United States estimated at over one trillion dollars a year, according to a 2016 study conducted by the Religious Freedom and Business Foundation.

An additional benefit of religious liberty is that it protects individuals who dissent from majority opinion, allowing for the merits of ideas to be continually tested and social conflict to be reduced. It is also closely associated with other fundamental rights such as free speech, freedom of association and freedom of assembly. Government action that violates religious liberty will often violate these other rights and such actions can make it easier for governments to engage in future rights violations.

Goodrich further observes that a core element of religious liberty is the understanding that the State is not the ultimate source of authority for individuals. This conviction supports important conclusions about the limits of State power such as the view that rights are not gifts of the government to be granted and removed at the whim of politicians and judges.

After explaining why religious liberty should be supported by all, Goodrich addresses some of the more controversial religious liberty challenges in areas such as free speech, abortion, euthanasia, same-sex relationships and government funding. He notes that many of these challenges have only recently arisen due to major social changes, including a widespread rejection of absolute truth, the insistence that abortion and sexual autonomy must be approved by everyone, the decline in religious affiliation and an increase in religious diversity making it harder to accommodate claims for religious liberty.

The book concludes with specific advice to individuals and organisations on successfully navigating the threats ahead. Goodrich emphasises the importance of religious organisations having clearly defined objectives, hiring employees with good “mission fit” and being clear about  expectations for their employees.

Free To Believe: The Battle Over Religious Liberty in America
by Luke Goodrich
(Multnomah, 288 pp., $15.99)