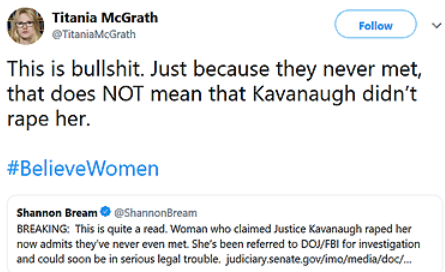 A recent episode of ABC’s Q&A boasted an all-female panel of moral delinquents, some of whom mulled, and then chirpily endorsed, a program of political violence. Mona Eltahawy, a feminist of extraordinarily limited vocabulary, banged on about white supremacy, the patriarchy, and the    necessity of murdering men. When unsure of what to utter next, she added a few expletives to her misandrist waffle.

Not to be outdone, the Aboriginal activist Nayuka Gorrie favoured the approach of the smirking   arsonist:

I think violence … is OK because if someone is trying to kill you, there’s no amount of, ‘Oh, but I’m really clever.’ You know, ‘I’m really articulate.’ No amount of that is going to save you. So, yeah, let’s burn stuff.

While many viewers found this confronting, my initial reaction was one of perplexity: how could anyone mistake her for an articulate or even mildly interesting person? Her Twitter profile informs the world that Ms. Gorrie, a non-binary sort of chappie, prefers the ungrammatical and nonsensical pronouns they/them. It’s rather hard to keep up nowadays. The acceptable vocabulary seems to be updated every five minutes or so, even they is able to see that (Good grief!).

How is it possible, as the kids and a number of potential leaders of the free world wonder, to stay woke? This is a very important question for Australians, too, as that Q&A episode, taken down from all ABC platforms and destined for a kind of broadcasting infamy, is a reminder that we are not exempt from the Great Awokening.

Luckily for us, Titania McGrath, the satirical Twitter creation of British comedian and writer        Andrew Doyle, has written a book that Australians would greatly benefit from reading. Woke: A Guide to Social Justice serves as both a brilliantly hilarious satire of our absurd cultural moment and, in its pointed ridicule, one of the most powerful weapons we have to combat it.

“Allow me to formally introduce myself,” Titania McGrath writes. “I am a radical intersectionalist poet committed to feminism, social justice and armed peaceful protest.”

In these first lines, and then on every page throughout the book, one finds the chaotic mindset of the social justice warrior perfectly lampooned. The autobiographical elements point to an amusing contradiction, as those who whine most piteously about their oppression carelessly disguise their privilege: they just happen to be Yale undergrads or the like, undeniably the richest, most well-off people of all time. McGrath laments:

I was the only child of two barristers. I learnt early on that my private education and frequent  family holidays to Montenegro and the Maldives were merely a ruse by which my parents could distract me from my oppression.

Having imbibed the cult-like tenets of intersectionality, McGrath provides a kind of woke syllabus for the uninitiated, and her co-thinkers may very well envy her concision. Take, for example, the troublesome issue of gender relations, which has often wobbled into contempt for males, poor things that we are. She avers:

When women are valued more than men, then and only then will we have achieved true equality. 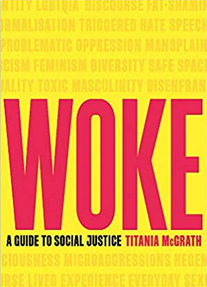 In the #metoo era, McGrath writes that we must “believe all women. All of them. Under all circumstances.” All these views, by the way, differ not at all those of Australia’s most high-profile feminist, the beastly Clementine Ford, whose books, innumerable columns, and general presence have been so extreme even the then-Fairfax newspapers showed her the door. McGrath, also the author of the “poetic masterpiece” Castrate All White Men, may seem somewhat more sober-minded compared to the termagant Ford, whose views on the extirpation of all men are well known.

On the trans issue, McGrath doesn’t stray too far from the theory and practice of Roz Ward, the Marxist lunatic responsible for the Safe Schools program. McGrath would also introduce the alleged discipline of Gender Studies to the national curriculum because

Children need to understand that vaginas, penises, ovaries, testes and fallopian tubes are all mere social constructs. It is essential that we teach them that the very concept of gender is a fabrication, but is simultaneously the most essential aspect of their self-identity.

Has the sinister stupidity of the gender warriors ever been so neatly encapsulated?

McGrath is similarly insightful on the subject of race and the tendency of the wokesters to lift and level the heavy charge of racism with remarkable ease:

We need to challenge the lazy assumption that people aren’t racist just because they never say or do racist things.

She quotes generously from her “allies” like Munroe Bergdorf, the trans model who noted that even the white homeless hold an ample and contemptible portion of privilege. Another favourite is the academic Rochelle Gutierrez, who, let it not be forgotten, argued that “on many levels, mathematics itself operates as a form of whiteness.” It is necessary, then, for McGrath and her woke brethren to abandon the example of race traitors like Martin Luther King and Nelson Mandela, who were unfamiliar with intersectionality and therefore unworthy of emulation.

There is “wisdom” like this sprinkled on every page. McGrath satirises the urgency with which progressives move to the next big cause by spruiking her own exosexuality (sexual attraction to plants) and demanding that it be accepted into the mainstream. She is a member in good standing of the millennial socialist left who “would rather be living in a Soviet gulag than a capitalist country.” A corollary of such thinking, of course, is a rejection of democratic practice: the mess of Brexit, McGrath giddily declares, “has prompted a debate over the validity of democracy, which only works if people vote the right away.”

This is funny, yes, but only until one realises that more than a few aspiring Titania McGraths are in agreement and lurking near power; they just don’t know they’re the joke. Martin Amis recognised this some time ago when he warned:

What we eventually run up against are the forces of humourlessness, and let me assure you that the humourless as a bunch don’t just not know what’s funny, they don’t know what’s serious. They have no common sense, either, and shouldn’t be trusted with anything.

This must apply to the woke in Australia and elsewhere, who are certainly not known for their sense of humour. Hannah Gadsby, our nation’s embarrassing contribution to the world of comedy, is the cheerleader for a decidedly cheerless form of woke standup.

The only amusing things about Ms. Gadsby are the jokes at her expense.

So I wonder if there is an advantage here. I would argue that the woke movement is unable to     produce a single important or lasting or even vaguely interesting book. There won’t be any political classics or great novels. The strictures against cultural appropriation, for example, would force    novelists to write within the stultifying confines of their own identity, preventing writers of        imaginative fiction from writing, well, decent fiction. These petty vandals would murder literature if they could; the worst they can really do is to write unreadable books.

As for non-fiction, there may be a few whiny tweets, archived perhaps. Titania McGrath’s          must-read book is the ironic exception. Andrew Doyle, in the voice of his brilliant character, has written the first and only great work of the woke moment. I hope it’s the last one, too.

Beyond the Reach of Debate, Evidence and Logic