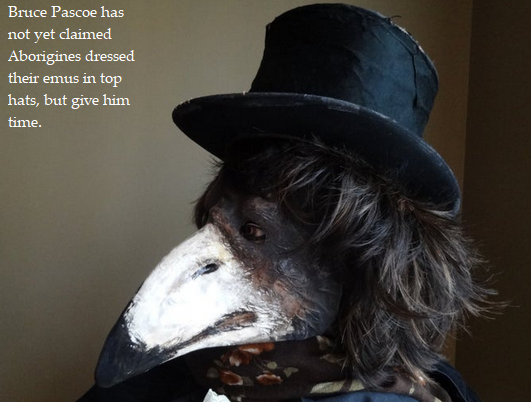 Revising history is not a new phenomenon; it is as old as history itself.  The reasons for doing so vary, but one of the most common is to support a political agenda, often by denigrating the reputation of those previously in power, such as a dead king or his dynasty.

George Orwell was not the first to note the importance of history, but he was the most articulate in documenting and predicting the abuse of truth before and since.  In his depressingly magnificent 1984 he stated that ‘he who controls the past, controls the future: who controls the present controls the past’[1].  Orwell also understood the power of changing the meaning of language to suit nefarious political purposes, a process he described in the fabled language of ‘Newspeak’. Thus common terms were often reinterpreted to mean something different, even the opposite of our normal understanding of them.

We have seen the revisionists attack the famed Anzac courage and mateship of WW1, the achievements of the early Australian explorers and pioneers, the nation builders who conceived and completed projects like the Snowy River Scheme and the Ord River Dam (where is Pascoe’s Aboriginal equivalent?) and the development of Australia’s rich mineral resources on which our economy and standard of living now largely depend since the collapse of our manufacturing sector.  Yet the relentless and often fabricated revisions continue unabated, having long since penetrated the classroom, from kindergarten to university level, and all shades of political thought.

Were it not for Peter O’Brien’s comprehensive analysis of Dark Emu, then this faux history would enter the mainstream uncontested and a new round of spurious claims concerning the legitimacy of our Australian nation as a rightful sovereign state would begin.  By taking the flimsiest of evidence and exaggerating it to monstrous proportions, Pascoe falsely builds a case for the alleged existence of an Aboriginal ‘nation’ that met the recognized criteria of what we call ‘civilisation’.  His claim is that they built the foundations of institutions that form a governable nation.  What he cannot provide is any valid evidence, so this is where Newspeak philosophy enters his arena.

Rudimentary collections of plants near temporary camps (possibly from dropped seeds) become the Elysian Fields[2] of an agrarian paradise of plenty.  The paucity of evidence is no problem, as Pascoe simply misquotes explorers, distorting, misinterpreting, omitting and inventing as appropriate anything he wishes to insert in support of his projection of an Aboriginal idyll.  The corollary is that he can also ignore whatever is inconvenient or does not support his fiction.  What he has written no doubt gives a certain kind of fool the warm feeling of indulging a needlessly guilt-ridden conscience;  I think Dark Emu has been popular because it invites post-modern Australians to hate themselves, their wealth and their lattes without ever leaving the comfort of inner-city armchairs.  That it will be read by children vulnerable to accepting what they are taught by politically motivated teachers is a real concern and one of the best arguments I can think for home-schooling, or more private schools with their own ‘truth, warts and all’ curriculum.

It is worth noting, as Peter points out, that if Pascoe’s tortured view of reality were to be accepted then the legitimacy of the ownership of large parts of Australia could be a bonanza for legal rent-seekers funded by those they sue.  Perhaps that is Pascoe’s semi-hidden objective?  Curiously, I support this in many cases, as handing back spears and boomerangs, ripping up all roads, tearing down all buildings, stopping the whitefella money and leaving them to reestablish their own version of Nirvana would be worth the price.  What more could they want?  I think Aldous Huxley’s Brave New World may give a clue.

The kiss of death for any book wishing to make the best-seller list is to categorise it as “scholarly”.  Generally, this is a reviewer’s euphemism by which the academic author is praised for studious toil in producing an obscure, boring, incomprehensible work that is unreadable and, all too often, masked by extravagant prose designed to demonstrate and display the author’s intellectual grandeur.  Well, this book is certainly scholarly, being thoroughly researched (much more so than the book it analyses), but it suffers none of the above vices.  It is well written and highly readable, with an easy flowing style that is quickly engaging.  Given the subject matter this last facet is essential. Its underlying theme, when combined with its readable style, makes Bitter Harvest worth the purchase price and the small effort required t read it.  In a broader sense it is the book that should have been written and placed at the core of understanding how Aborigines lived before (and in remote parts for a century after) the arrival of Europeans.  O’Brien has checked almost all of Pascoe’s references and properly quoted them in context.  His Appendix: Journal Extracts, of a mere 25 pages, is sufficient to replace and invalidate a very high percentage of Pascoe’s Dark Emu fantasies.  The rebuttal by Pascoe to Bitter Harvest should make fascinating reading. I won’t hold my breath until it hits the press.

Bruce Pascoe’s fairy tale of an Aboriginal Camelot that never existed is said to have sold 100,000 copies.  I wonder how many of those purchasers will buy a book that debunks the false premises and fanciful fictions for which they paid their money. Or will 100,000 guilt-ridden luvvies refuse to read a better-researched book challenging their cherished misconceptions? Probably.

In a delightful twist of karma, I note that Pascoe has been referred to the Federal Police (by a real Aborigine) for investigation in regard to his faux-Aboriginal[3] claims.  Should his Aboriginal genealogy turn out to be faked, it will be interesting to see how my taxpayer funded ABC will deal with this situation.  Pardon my little joke, as we already know the national broadcaster has no need of facts, truth or reality. The ABC has an agenda to pursue and Pascoe’s confabulations serve to advance it.

Peter’s book is good, light reading for the most part, even if the subject is as deep and as dark as an emu’s …. tail feather.

A Left-Flank Dismissal of ‘Dark Emu’