None Will Be Sane Until All Are Sane 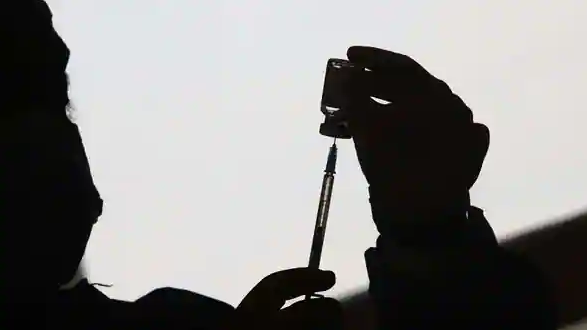 I’m a brave person. I was knocked down by a car last year. And no, I had not been drinking. Spent most of the night in hospital. Fortunately, only bruises rather than broken bones. In fact, I apologised to the medical staff for not being more seriously injured so to justify the attentive hi-tech care I received.

Since then, I have crossed roads with more trepidation than in former times. Yet I continue to walk down a lane at the back of my apartment building for coffee each morning. Cars sometimes speed down this narrow lane careless of my safety. Daunted not, I steadfastly avoid going a safer longer way around. There it is. Let me also add that I am fearless when it comes to COVID; of the Alpha strain, of Beta, of Gamma, of even Delta, Delta-plus or Lambda.

You recall the early days when the spread was thought to be via touch and frequent handwashing advised. I deliberately washed my hands less often. Would you like some hand sanitizer, I was often asked? No thank you, I replied, no need, I washed my hands last week.

Incidentally, what happened between the jump from Delta to Lambda? Did I miss it? What happened to Epsilon and Zeta et al? Maybe the powers that be just like the letter Lambda. Anyway, something will come after Lambda, of that I have no doubt. Looking down the Greek alphabet I plump for Omicron, though the preceding letter Xi seems apropos in all of the circumstances.

Whatever the next variant is called we know it will be fearsome and vaccine resistant or so it will be described on their ABC and on other COVID-porn outlets.

The foregoing is building to an admission, which rather confounds my claim to bravery. Deep breath, here goes: I am scared of the COVID vax. I don’t care which one. I am equally scared of all of them. You’re not? Listen, for example, to 18 minutes of Prof. Peter McCullough at Bayer University Medical Centre.

You might have seen that creepy cheery chap on TV spruiking the jab; an actor in a body-shirt and with overlong hair, maybe gay but can’t say for sure, probably not Aboriginal or a biological woman though, again, it’s dangerous to presume these days. In any event, he proclaims that none of us is safe until we are all safe. I subsequently found out that this message is everywhere and probably came out of a secret cabal in the WHO. It fills me with dread.

I know that this actor and all of today’s mediocre celebrities and snake-oil salesmen flogging the jab are know-nothings. If, say, John Wayne or Charlton Heston had advised me to have it I might have been persuadable. But Meghan and Harry? Whoopi Goldberg?

Here we have a disease, which the authorities and their media mates have told us is deadly, juxtaposed with a miracle cure. It’s a no-brainer. Normally people would be killed in the rush for the vaccine.

Why then do they need to invest so many advertising dollars to persuade us to take the cure? And to threaten us with becoming unpersons unable to travel or do lots of everyday things if we refuse the miracle cure? I smell a filthy rat. And this is what it looks like.

♦ First, the virus isn’t deadly or near-deadly to the very vast majority of people.

♦ Second, the vaccines are experimental. They have not been “Approved” by the FDA; they have “Emergency Use Authorization” only.

♦ Third, their longer-term effects are unknown; hence governments have indemnified the drug companies producing the vaccines and those administering them.

♦ Fourth, there have been fatal side-effects from the jab in people who, if they’d caught the virus, would have lived to tell the tale and, to boot, gained natural immunity. And, now I’m really smelling that rat, reliable data on the actual number of people suffering severe side-effects is hard to discover.

♦ Fifth, side-effects from the vaccines are more likely if the “guinea pigs” have previously had a dose of COVID, perhaps unknowingly as is often the case. But don’t worry before they give you the jab, they check whether you already have antibodies. What, they don’t do that? You don’t say. Blow me down with a feather.

♦ Sixth, the variants people are likely to catch in future, though more transmissible, will be less pathogenic than earlier strains. That’s the path viruses take to ensure their own survival, and there is no reason to suppose this one will take an untoward path.

Of course, if you get your news exclusively from the ABC, SBS, the SMH, The Age and the like you will welcome being saved by the jab. For those of us with broader, more enquiring and questioning minds it’s not nearly so straightforward.

For obvious reasons drug companies, governments and most of the media have no interest in better informing the wider public. Informed people are troublesome. Shut up and roll up your sleeve, Nurse Ratched demands as she prepares another jab. Next!

19 thoughts on “None Will Be Sane Until All Are Sane”

Another kind word for ‘Les Mis’