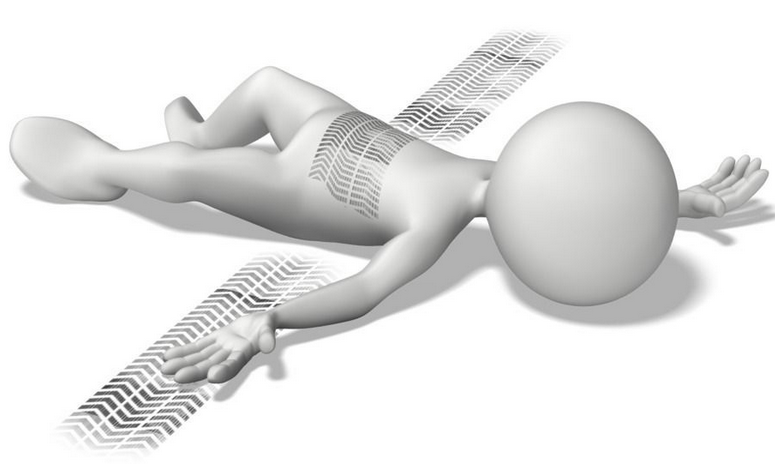 I am recovering from my first impact with a car. It won and I spent a very long evening and into the early morning in hospital at the end of last week while they checked my vital signs and such like. Anyway, I seem to have escaped with only a few bruises, aches and stiffness. Though, I detected it had affected my state of mind which I put down dramatically to PTSD. On second thoughts, I hadn’t been in the trenches or weaving past roadside IEDs so perhaps that was hyperbole kicking in.

I am obviously tougher than I look. All the same, I thanked God for protecting me, while dismissing any ungrateful thoughts about why He allowed the car to hit me in the first place. And, let me say, to clear the air, I had not been drinking and was, in fact, on my way home from a session at the gym. Why I didn’t see the car nor the driver me I don’t know, though it was dark and drizzly.

The driver seemed concerned so, as I lay prone on the road, I told him not to worry, and that accidents happen; while concerned bystanders, who later told me I had flown two metres through the air, urged me not to try to get up until the ambulance arrived. After this, getting COVID-19, unless I have already gotten it and not noticed, will be a bagatelle.

A millisecond before the car hit, when the realisation hit, I felt calm. At least that’s what I recall. It’s as though fate had taken charge and relieved me of the never-ending burden of determining what to do next. I debated whether to be ferried to hospital but was persuaded by a numbness in one leg, a sharp pain in my chest, and the urging of a very attentive paramedic.

My hospital experience on admission was so efficient, friendly and hi-tech that I apologised for not be injured more severely to justify the attention. X-rays were taken of my chest which involved me being propped up in bed and manoeuvred into position. Then something curious happened. I was wheeled into another part of the hospital to have a CAT scan. At once, and this was the curious part, I was assumed to have potentially suffered a neck injury.

My head was steadied with leaden weights either side. I was slipped onto a sold board by three nurses and from there onto the stretcher adjoined to the scanner. After the procedure finished, I was positioned back onto my bed using the same procedure. And thereafter was told I had to remain still and not move my head. But, I thought to myself, if my neck had been injured, why weren’t any precautions taken ahead of the CAT scan?

It was at this point that my hospital admission took a turn into ennui. I was wheeled into what seemed like a holding ward with beds curtained off. Very little was said, I was told to lie still and my light was turned off. And there I lay and lay and lay. No-one told me what was happening. After about an hour I began to take note of my surroundings – everything could be heard.

A girl next door on my left had got drunk and broken her nose. I think it was her mother with her. Nothing much to be done, the doctor said. Don’t blow your nose and wait until it has healed before deciding whether any cosmetic surgery needs to be done.

Diagonally opposite was a diabetic lady being urged to wait another two hours or so until her blood pressure had stabilised. She wanted to go home.

Directly opposite an elderly woman with little English was being talked to by a counsellor. I got the impression she had self-harmed. She lived alone and had been feeling sad, I heard. An awful distressed wailing then began somewhere to my right. A lady, who was obviously disturbed, didn’t want to do what the nurses wanted her to do. How troubled life can be.

I waited another two hours, until about 1 am, before beginning to complain. I pulled myself up. I wanted to go to the loo, wanted a drink and wanted to go home, I made this known at various stages to anyone passing my bed. I pulled off the wires taped to my body and got out of bed. They (two nurses?) relented, having checked with someone in the know that my neck was not near broken. One guided me to a loo; the other provided me a drink of water. My first drink since the accident at about 7.20 pm.

I started getting dressed. Couldn’t find my shoes. Asked a passing nurse whether they took patients’ shoes away to prevent them escaping. Apparently not, they were in a secret place inside the bed. Damn, I still had an IV stuck in my arm.

While debating whether to pull it out, a young doctor at last came around – a “trainee specialist” of, I don’t know, Malaysian appearance. After overcoming his surprise at me being up and dressed, he told me that the CAT scan had shown no serious impairment. Mind you, he wanted me to stay for observation because of a haematoma in my right buttock which he told me might worsen, cause an infection, and get into my hip. Stuff to scare children, I told him and said I was leaving.

We’ll need to write up your report he said. How long will that take, I asked. Obviously, eons of time, if it were left to the emergency staff. However, he said he would do it personally, because I was a “nice man” – if I could wait just another 15 to 20 minutes. How considerate was that, considering I hadn’t been too docile in the latter stages of my enforced stay.

A nurse removed my IV and I walked to a taxi at about 2 am.

Three things. One, look right, look left, and then right again, before crossing a road.

Two, hospitals need to marry their efficient, hi-tech care and attention when admitting people for emergency reasons with a little more after-care. Just being told what is happening would help and why I was denied a drink. My GP told me today that it was probably a precaution in case they needed to operate. Obvious, I suppose, in retrospect. But I didn’t know and wasn’t told.

Three, keep out of hospitals for fear of being left to stew.

Payback: OK for you, not OK for me

The god who failed