Washing Hands in the Blood of Statues 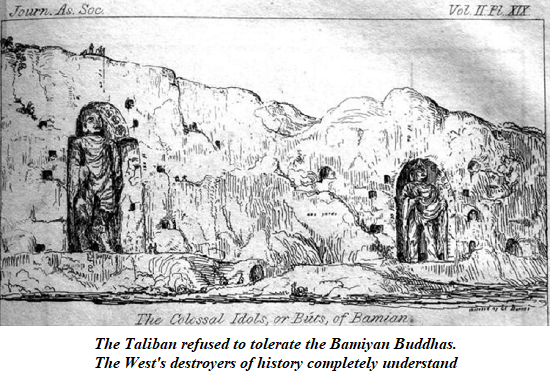 I come from a country with no statues.

It is not that Morocco never had statues. Not that long ago it had statues of French officials – of which only one remains, hidden in a consulate garden. It had, a bit earlier, statues of Christian saints and Roman dignitaries, of which there is no trace. Before that, it must have had statues of Phoenician deities. All have been destroyed, and with them visible proof of the complex history of North Africa.

There is nothing new about submitting statues to the trial that their subjects escaped. In the Roman Empire, when a Caesar fell out of public grace and was murdered, his successor’s first thought was about statues. Faces were erased, then redone in the new emperor’s image. Tearing down statues is not new, either. People re-evaluate the past, but when it comes to re-evaluating individuals, things get trickier. How much did a person’s representation owe to its own time? Frankly, almost everything.

Cecil Rhodes was not particularly loved in his own day; his wealth was admired, but not his half-avowed homosexuality. He might have been too forward-thinking, for what business of his was it to create a scholarship that could be awarded regardless of race or creed? The language of his will is clear and obvious: “no student shall be qualified or disqualified for election to a Scholarship on account of his race or religious opinions.”

If Rhodes was the racist we assume he was, then surely he knew what “race” meant? Five years after Rhodes’s death, in 1907, in the wake of the election of the first black Rhodes Scholar, Alain LeRoy Locke, the Rhodes Trustees argued that when Rhodes used the term “race” he might have meant “Dutch, English, Jew, and the rest.” Perhaps Rhodes was simply more progressive than his trustees, and than most people of his time.

Rhodes endowed my college at Oxford, Oriel, with the means to further its work and fulfill its vocation as “The Provost and Scholars of the House of the Blessed Mary the Virgin in Oxford, commonly called Oriel College, of the Foundation of Edward the Second of famous memory, sometime King of England”. Rhodes is included in the daily college prayer said after dinner in hall, and in the yearly benefactors’ service. Does that mean that we, as a community, condone the horrors he engaged in?

No. History is an unyielding judge. A time will come when people will shrug their shoulders at the weariness of this overwrought generation of Britons who, having locked themselves up for more than two months, emerged to fight statues and ghosts. To remove any statue now would say: “Up to June 2020, we were racist. But now, lo, we are washing our hands in the blood of our statues, we are not racist anymore.”

It is alright for hands to be dirty. No hands are clean in history.

The first colonisers of North Africa wiped out all its Christian and Jewish heritage, and thrived on the slave-trade. They had black slaves as well as white slaves. Any neutral view of history tells us that oppression is a matter of military power, and not of race.

When I first arrived in France I found the presence of religious statues beautiful. They spoke about the past of a country I wanted to settle in, a land I wanted to become organically part of. France took me in as I took it in, with its complicated past and the painful pages of its history. Then I came to Oxford.

I took Oxford in as it took me in; I sincerely hope that I was admitted because I write quirky ideas about French authors who were hated in their days, then rehabilitated, and then hated again. I am at home here, walking down the High Street with Rhodes on one side and the Blessed Virgin Mary on the other. I hope Oxford did not take me in because of how my “ethnic background” makes the diversity quotas look better.

I never felt more at home than when the city was deserted because of coronavirus; anyway, I had nowhere else to go. To some, Oxford might be a Harry Potter setting to be enjoyed while they enhance their CVs; to me, it stands as the last place on earth where people would dedicate their lives to the pursuit of truth.

I will not say that as an African I am oppressed by Oriel’s statue of Rhodes and by the buildings Oxford owes to imperial largesse, nor that I feel incomplete, as a Catholic, by the absence of statues in some of the other niches. I do not wish to change a single stone of Oxford, because I love it. I love it as much, and maybe more, than I love any city I have lived in before.

There is no shame in loving the country you belong to. We immigrants love it, too. It is possible to criticise a country and the people who built it, while still loving it. Without a French presence in Morocco, I doubt I would have had any chance to enjoy an international academic career, let alone as a woman. My mother insisted that I should be educated in the French system; my grandmother’s pride was that I ended up teaching French to French teenagers.

Could I decolonise myself? No; nor do I wish to. I am proud of what the complicated past of colonialism made me. I feel no guilt about it, and the last thing I need now is the apologies of a French person feeling sorry for me.

White guilt is unhelpful and condescending. Whenever someone tries to deploy it, I tell them that my ancestors were involved in the slave trade, too.

Marie Daouda is a stipendiary lecturer in French at Oriel College, Oxford