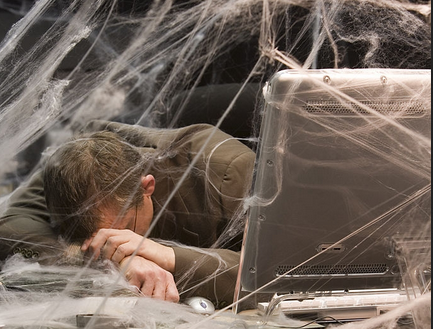 The longer shutdowns continue, the greater the risk that the post COVID-19 world will be dangerous and unstable. We are not simply talking about the external challenge by China to a weakened West. We could be facing an unprecedented destabilization of civil society. Democratically elected governments have assumed the kind of executive powers, normally only reserved for wartime emergencies. Yet not even under war powers legislation during World War II did any any democratic government dare to exercise the degree of control over private citizens’ movements we have endured in 2020.

Under the cloak of saving lives and easing pressure on the public health system, the relationship between government and the governed has been entirely reversed. The elected politicians front for the bureaucracy’s  lords and masters and the people must obey or be punished. Never mind that the now-discredited computer modelling of a certain Dr Neil Ferguson has been the rationale behind the total lockdown in Britain and partial shutdowns in our country, resulting in the destruction of thousands of livelihoods and potential deaths, way beyond any deaths from COVID-19. Okay, tell me how many people you know have died from the coronavirus? How many do you know who have lost their jobs? How many retirees have had their retirement years ruined? How many are suffering both mentally and physically? And what about increased suicides?

And talking of economic carnage, Robert Gottliebsen, writing in The Australian noted:

The share market, the banks and many solvent smaller enterprises are suddenly getting very jittery that in less than six months’ time there will be an unprecedented rise in the failure rate among small and medium sized enterprises.

Real unemployment – ABS unemployment statistics are useless – is going through the roof and is close to 20 per cent, triggered by a catastrophic slump in the small and medium sized business sector led by hospitality, retail and tertiary education services.

Liquidations, receiverships and official administrations have risen strongly, but at nowhere near the rate that could have been expected following such a big fall in economic activity.

Liquidators who operate in this area are warning anyone who will listen that there are a vast number of enterprises that are really insolvent but are still trading.

Richard Fernandez drew the obvious analogy between the virus itself and our societal reaction:

He argues that this is a metaphor for how a society can harm itself when measures taken to control a disease do more harm than good.

In my opinion the stage-3 lockdowns in Australia were panic reactions by the bureaucracy, relying on computer models of an unknown unknown. A kind of cytokine storm at the official level can only be sustained by keeping the populace at large in a state of fear.

But what if  more  people start to believe that with most cases of COVID-19 are mild and the deaths largely confined to the old and already sick, the official justification for the shutdowns is invalid. What if the pandemic was already well down from its peak before the lockdowns were announced? What if the alarmist computer projections of Dr Neil Ferguson, the basis of the lockdown strategy, are more widely perceived as worthless?

To the extent that the populace retains its fear, leaders of governments will retain overwhelming popularity as protectors of human life. But once the suggestion that the pandemic has been much exaggerated gains traction, public opinion will turn against governments on a dime.

Little wonder then that governments are desperately hoping that economies snap back into full life once restrictions are lifted. This may be a forlorn hope. Can you image the new army of unemployed, facing a life of penury, thanking the government for saving them from a virus which affected so relatively few. If the forecasts of some well-respected economic commentators are accepted, we may face not sunlit uplands “on the other side,” but a grinding economic slide which will see the destruction of a huge swathe of the private economy. After all, so many middle and small enterprises are zombies in the twilight zone, under temporary protection from bank foreclosure and bankruptcy.

The challenge to civil society may well be unprecedented.  The trend towards increased dependence on big government may be paradoxically accompanied by increased anger against the  powers-that-be. Political success will rest largely on mastery of the cultural narrative.

To take some tentative examples; in the United States, we might imagine that on traditional markers, Donald Trump would be doomed to defeat. Yet his bid to open up the economy early, derided as a blunder, could well be a masterstroke. Combine this with his ban on travel from China, condemned by his Democrat opponents as xenophobia, his attacks on China in relation to “Wuhan virus”, again condemned on cue by his political opponents and the mainstream media, and the appalling edicts by Democrat governors, forcing admission of COVID-19 patients to nursing homes, where they spread the virus amongst the most vulnerable, you have the outlines of a potentially successful deflection narrative.

No such luck will be enjoyed by Boris Johnson in the United Kingdom. His Brexit strategy, a singular success story, will likely sink into a distant second place behind his government’s disastrous response to the pandemic. How can anyone rationally reconcile the ridiculous lockdown of the local population with the total lack of checks at airports and the virtual open door to illegal boat people from across the English channel? After all, much of the support for Brexit derived from popular concern over uncontrolled immigration. Combine all this with the spectacle of the British police behaving more like the enforcers of a totalitarian state, and you have the seeds of popular anger. Boris Johnson may sooner than later wear out his welcome. We may not have heard the last of Nigel Farage. The Conservative Party victory of December 2019 seems so long ago.

And in Australia, Prime Minister Scott Morrison and Gladys Berejiklian, Premier of New South Wales, are looking worn. Following Scott Morrison’s lead, it seems that, finally, Berejiklian is waking up to grim reality. At least, some of our political leaders have had a look at the “other side” and don’t like what they are seeing.