Not This Little Black Duck 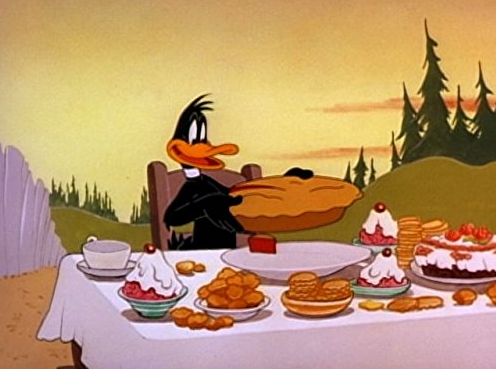 There is much to admire about Bruce Pascoe.  He is a successful author and seems to have immense physical and intellectual energy for a man of more than 70 years.  It seems he was a stalwart in fighting the 2019 bushfires near his bush home, and good on him.  But his current status as Australia’s “most influential Indigenous historian”, according to The Australian’s Richard Guilliatt, and recently appointed Enterprise Professor of Indigenous Agriculture at Melbourne University is built on a lie, a dangerous lie at that. With his falsehoods now being foisted upon our school children, I intend to continue calling out his fictions as often as I can. So please bear with me.

Speaking in his professorial role, Pascoe last week told the ABC’s Q&A audience that if we were to adopt the sophisticated agricultural and political practices of traditional Aborigines, we could feed ourselves with no harm to the environment.  Bruce practices what he preaches on his property at Gypsy Point, near Mallacoota, and has established Black Duck Foods, a registered charity, to give effect to his vision. Its website tells us that “Black Duck Foods enjoys ‘deductible gift status’ (DGR) status, registered as a Public Benevolent Institution with the Australian Not For Profit and Charities Commission”.  And that “Black Duck Foods welcomes the support of community members and volunteers to assist with our business, both on and off the farm.”

Its ambition: “Black Duck Foods has a vision to redevelop traditional food growing and country management processes for the economic benefit of Indigenous people and country.”  Never one to let a good bandwagon be other than fully occupied, Pascoe has incorporated the concept of ‘sovereignty’ into food production.  It seems that Black Duck plans to assist Indigenous people on a journey towards ‘food sovereignty’. What that means, apparently, is this:

I’m not sure where and when that right has ever been curtailed. Many remote community Aborigines have maintained their traditional hunter/gatherer lifestyle, albeit supplemented by a Western diet.  Still, ‘food sovereignty’ has nice ring to it – if you’re into mindless slogans, that is.

But back to Q&A, where Bruce managed to get in his usual plugs about Aboriginal society inventing government 120,000 years ago, was harmonious, settled and sophisticated. Following a passionate plea by Stan Grant for social justice for Aboriginal people, Pascoe delivered this gem of a rant:

And it’s not just social justice.  Have a look at the country.  Have a look at the length of time people were able to work together here and have a prosperous lifestyle over a longer period of time than any other people on earth and only interrupted by the British. How did they do that? Isn’t this a question the world is interested in?  It’s not just about Aboriginal people getting justice – we’re not a charity.

This was a vibrant successful society which was sustainable.  Isn’t the world interested in this?  Because that was government here.  This was government and it was done over an enormous period of time.  I think this is a social jewel in the world and needs to be analysed.  We hold something here and it’s in the art.  The Burrup Peninsula is being mined at the moment.  Deliberately being damaged by people who are trying to put Aboriginal people in their place, ignoring that incredible art and that incredible culture.

As to the Burrup Peninsula in the Pilbara, it is indeed home to what is regarded as the most extensive collection of rock art in the world.  But it is rudimentary art. The only thing “incredible” about it is that there is so much of it and that it has survived so long.  The same can be said about the culture.  That is not to say we shouldn’t make every effort to preserve as much of it as possible. It is true there is a clash between the demands of mining and the preservation of Aboriginal art in the Pilbara, however the Murujuga National Park website tells us that:

As a result of the Burrup and Maitland Industrial Estates Agreement (BMIEA), Murujuga was declared a National Park on the 17th of January 2013, becoming the 100th National Park in Australia. The National Park consists of freehold land title in excess of 5,134ha, which is vested in MAC. This land title includes a 221ha block, known as ‘Site L’, which was handed back to MAC in July 2019 and added to the Murujuga National Park. The area of Murujuga National Park sits within the broader National Heritage Listed area which comprises the surrounding islands of the Dampier Archipelago …  Access to some rock engraving sites within the park is restricted under Aboriginal lore and custom. The rock arts sites are also protected under the WA Aboriginal Heritage Act 1972, which sets penalties for disturbing or interfering with the sites.

So, Pascoe might argue that mining should defer to Aboriginal rock art and that everything must be preserved – a la the fake controversy over Jukaan Gorge  — but he cannot say that miners are deliberately damaging rock art ‘to put Aboriginal people in their place’.  This kind of inflammatory rhetoric pervades Dark Emu by the way.

When fellow guest, The Australian‘s Adam Creighton observed that colonisation was inevitable but also brought progress with it, Pascoe wasn’t having any of it.  The response of the man who once said “I’m not thoroughly convinced by capitalism. But while it’s here and enslaving our people, we have to participate” was more of the same: “Advancements are not monetary — advancements are moral”. That went over like Pavlov’s bell with the standard-issue ABC crowd of knee-jerk applauders, whose approving din almost drowned out Creighton’s response: “What about electricity?” Had Creighton been given half a chance he might have expanded on the host of other benefits, starting with an abhorrence of infanticide, cannibalism and wife beating, notwithstanding that examples of the latter still abound.

Stan Grant, to his credit, observed that he values both cultures.  He loves philosophy, he loves history, he loves economics – all of which would have cut no ice with Pascoe, who maintains that Aboriginal culture embodied all three.  Stan also loves to read and he reveres Shakespeare. Give him time and Pascoe may well claim to have found in some explorer’s journal an account of attending a first-night gala in the theatre of one of those permanent Aboriginal ‘towns’ he insists have been erased from the record by racist white revisionists.

But getting back to Bruce, he might be jumping the gun in claiming our current agricultural practices are destroying the environment, and that a charitable enterprise which relies on volunteers, donations and grants, is the answer.

Whatever you might think about the depredations of current agricultural practices, which feed almost 8 billion people and continue to produce produce more food year-on-year, it’s not all bad news.  Let me introduce to you Green Camel, an organic farming operation on less than half a hectares just west of Sydney.  You won’t find it listed in any Charities Commission filings. What you will find is an operation that uses closed-system glasshouses to produce as much as 160,000kg of leafy greens, 16,000kg of tomatoes and 12,000kg of barramundi per year.  It, too, started with seed funding from the government of NSW, but does not rely on volunteers or donations.  As an example of modern Western technology and practice maximising output while minimising impact on the environment, it’s hard to go past Green Camel.

At the glacial pace of traditional Aboriginal development, Black Duck Foods, which as far as I can tell has so far baked a few loaves of native-seed bread, might achieve this level of output in, say, the year 2200. What won’t be lacking in the meantime is loads of the metaphoric fertiliser that Pascoe is so adept at spreading.

14 thoughts on “Not This Little Black Duck”

Yet Another ABC/SBS Inquiry. Yawn

The Maoist Malady Lingers On