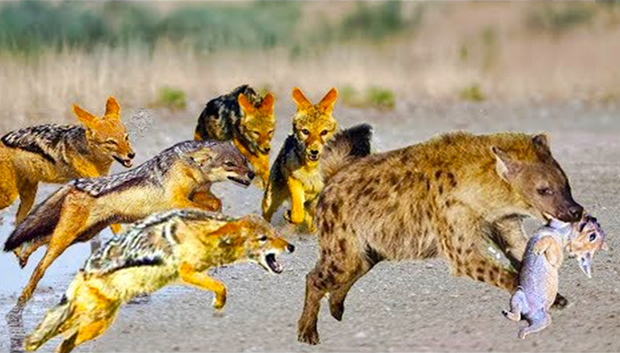 At some point this afternoon — the exact time varies according to which media report you care to go by — a senior government minister will go before the cameras to deny he is a rapist. The question is just which one of two options the minister might pursue after taking up the microphone as a white-noise blizzard of  whirring shutters and camera lights capture what his detractors must be hoping is a bunny-in-the-headlights  moment.

On the one hand, there is the orthodox track taken so often and to their detriment by conservatives. It might go something like this:

‘Ladies and gentlemen of the press, let me begin by saying there is no crime so vile as rape, and that the victims of such predators deserve our support and warrant our belief. You will have seen the public service ads this government produces that illustrate why telling a young boy he ‘throws like a girl’ sows the seeds for rampant masculinism and domestic violence in later life. Likewise, the ad that equates maleness with brutality, which is a message all boys and young men need to absorb.

‘That said, what brings me before you today are accusations which I emphatically and absolutely deny.

‘Further, the NSW Police have looked into these allegations and decided not to proceed.’

At this point the minister might venture a few tentative words about a possible case of mistaken identity. Or it might be that, sotto voce, he alludes to his now-deceased accuser’s mental state, although it will be no more specific than referring to her as ‘sadly troubled’.

It will do him no good, of course, because the questions from the press will be loaded and they will come in a clamourous barrage.

‘Do you specifically deny anally raping this unfortunate young woman and wrecking her life forever?’

‘Are you concerned about other women who might come forward with accusations against you?’

‘What do you say to critics on Twitter who describe you as the dictionary illustration of the sexism that permeates the Parliament and all of Capital Hill?’

You get the picture. The questions will keep the minister on the back foot, obliged to deny what there is no possible way to refute. Plus there will be the likely prospect of being asked how anyone can urge in one breath that victims be believed and, in the next, insist that just such a victim be dismissed?

Inevitably, the news reports will prefer ‘the police found insufficient evidence to proceed with the case’ to the equally accurate but, for the media jackals, the infuriatingly redemptive ‘no case to answer.’

If he is lucky, the minister will limp away, secure for the moment in his job but with the reek of suspicion, smear and innuendo destined to dog him ever after. Being a realist, he will have to accept that his political career can never again follow the upward path he once imagined, that the slurs will never be erased and that, when the next Cabinet shuffle comes about, he’ll be regarded as damaged goods fit only to be shunted sideways or out.

There is precedent for such grim realism, as the minister will know from the ‘getting’ of Victorian Labor minister Theo Theophanous, who was accused ten years after the alleged event of raping a woman on his office desk. It was toxic nonsense growing out of the lurid fantasy of a disturbed woman, the blood lust of an irresponsible newspaper, an eagerly gullible reporter and a Victoria Police detective who obligingly fine-tuned the ‘victim’s’ allegations through some 15 amended iterations of her original (and improbable) account. Worth noting is that same detective some years later played a key role in framing accusations against George Pell. Theophanous was ruined, as would have been Cardinal Pell had the High Court not seen through the travesty of justice that is the rule of law these days in a court system packed thick with Daniel Andrews’ judges.

But then there is the second approach the minister might take, one that could just save his career and, in the process, hearten conservatives who are so thoroughly sick and tired of watching those they elect genuflect before the Left’s narratives of the moment,  whatever they might be. Just look at the shunning of Craig Kelly for daring to note that, contrary to the Therapeutic Goods Administration, there are valid early-stage treatments for the COVID virus that are achieving good results and lower death rates in places such as Mexico and India. GetUp is targeting his seat of Hughes with all the stratagems and financial resources it deployed against Tony Abbott in Waringah. Now a candidate has been driven from the party and, quite likely, a seat is lost. With the exception of NSW’s Matt Kean, one of the invasive Photios cuckoos pushing sound principles out of the Coalition nest, how many Liberals truly and genuinely believe the green guff they spout about  the majesty of wind turbines, the ‘hydrogen economy’ and the wisdom of pumping water uphill that it might cascade down again? It is an understatement to note that conservatives would appreciate seeing a politician whose first instinct is to fight, not grovel. This is the minister’s opportunity to say something along these lines. Who knows, it might even be a good career move.

‘Ladies and gentlemen of the press, I’m here to address the topic of shame — not my shame, but yours.

‘According to what you have been reporting, 32 years ago I raped — anally raped, no less — a young woman of my acquaintance. You have reported that she was mentally unbalanced, was in and out of psychiatric facillities and took her own life after filing, and then withdrawing, a request that police investigate. Meanwhile, on Twitter and other social media, my alleged guilt has been ordained by a million tweets which you have reported as if they amount to something other than the bile of partisan and often anonymous slanderers.’

At this point, expect to hear muttering from the press squad, perhaps even angry shouts. The minister would be foolish to indulge them. The key at this point is to hike and further focus the attack.

‘I’d note that one of the prime drivers in the campaign to ruin my name and reputation is Ms Louise Milligan, whom I’m tempted to call ‘Seven Nilligan’ to reflect what the High Court thought of the case she mounted in a hatchet-job assault on a good and innocent man. Some weeks ago, she and the Four Corners crew attempted to depict me as some sort of satyr for taking a drink with a female in a Canberra bar. Nothing to it, but the game was afoot. The episode went to air and flopped dreadfully.

‘Now, thwarted in the first instance, Ms Milligan and Four Corners have returned for a second bite of the cherry.

‘You people here today, you talk a good game about serving as priests in journalism’s temple of truth — ho-ho, that’s a good one — but the questions that scream for answers go unasked.

‘Who penned those anonymous letters that plunged me, an innocent man, into this grubby nightmare? You haven’t asked me when I stopped beating my wife, but I have no doubt you will.

‘Is it not suspicious that those letters went to two of the most partisan operatives in the Parliament, Penny Wong and Sarah Hanson-Young, the latter so credulous she believed the TV series Sea Patrol was a documentary. Ms Wong is smarter, but apparently no more principled.

‘A third letter went to the Prime Minister — a third letter so he could be confronted with claims that he knew but did nothing.

‘I could go on, but I’ll limit myself to one last observation about your moral bankruptcy, which is this.

‘The family of my late accuser begged that the matter be dropped. They pleaded that it would cause them renewed grief and much pain.

‘They begged you and yet you ignored them. Get out of my sight. You disgust me.’

Roger Franklin edits Quadrant Online and waits, so far in vain, for conservatives with the spine to fight back