Vladimir Putin, You Have My Deepest Gratitude 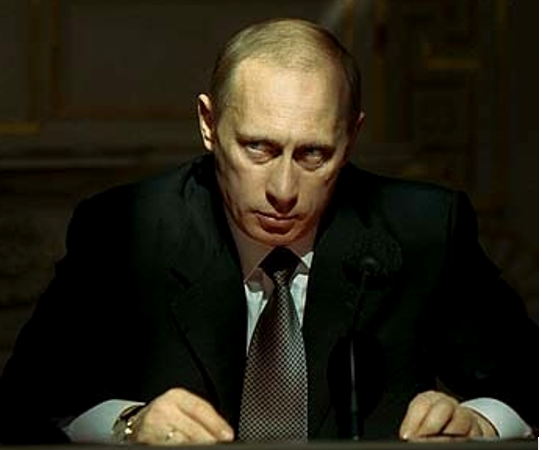 I thank Vladimir Putin and send him many kisses (Yes, Russian men kiss). If not for him, we would have continued walking, like a bunch of self-hypnotised lemmings, on the road to self-dissolution. He deserves the biggest pat on the back for teaching all of us a lesson even our wokenistas’will not forget. Thank you, Vladimir Vladimirovich, for the wake-up call! Thank you for inadvertently highlighting out our stupidity, our naïvete, our weakness, our cowardice and our gullibility. Thank you for treating us with contempt and disdain.

You are absolutely correct – we do not deserve any better. We have allowed you to attack Chechnya and occupy parts of Moldova, Ukraine, and Georgia and have done bugger-all to stop your aggression against Ukraine. We have allowed you to get away with using chemical weapons at home and abroad, shooting down a passenger airliner, attacking our infrastructure in cyberspace and using your hydrocarbons as a weapon to undermine the West’s independence.

Some of the most ‘progressive’ of us thought that fossil fuels would be cancelled the day after tomorrow. The glorious future seemed just around the corner – those renewables, they thought, would have taken pride of place in our economy, our hearts and bank balances. They were convinced that, without fossil fuels, climate change would disappear.

But not you, dear Vladimir Vladimirovich, oh no! You have correctly surmised that fossil fuels will be around for quite a while and that you will have enough time to place your grubby hands on our economies, our freedoms, and our strengths, in order to become the supremo of the West you hate so much.

Thank you for revealing the true nature of your own country: its evil, its heartlessness and the inability (or refusal?) of its people to distinguish between right and wrong. As astonishing as it is – an absolute majority, somewhere between 70 and 80 percent of your countrymen, according to the pollsters, appear to support your actions.

No doubt, when all this is over and you occupy your well-deserved seat before the International Criminal Court, your countrymen will tell anyone willing to listen that they did not know anything! They will say that this is all your fault and that they were simply following orders. They will say that, deep in their collective soul, they hated your guts and were all members of the resistance. I think we’ve heard that line, not all that long ago, in Nuremberg.

Thank you for conclusively demonstrating the folly of our woke class, those ‘useful idiots’ whom you and yours have used to promote every possible way of weakening our democratic society – be it climate change, political correctness, identity politics or class warfare.

I promise that we will learn the lesson you have given the West. We will, at last, recognise the danger these proud ‘progressives’ bring for us. It will be so much easier now to recognise them for what they really are – your stooges.

If not for your idiotic decision — or should I say ‘moronic’? — to invade peaceful Ukraine, our wokenistas would have continued to labor tirelessly for the destruction of the Western economy, culture and military strength. Of course, they have dressed it up in lofty slogans and ideas. However, that is precisely what they were doing – destroying the admittedly imperfect liberal democracies by trying to transform them into a semblance of your unhappy country. Our liberties are threatened by political correctness, our economy by the climate change cult, and by our education by left-wing teachers, who, instead of teaching our children, indoctrinate them in hatred for their countries and Western culture.

However, Vladimir Vladimirovich, you, like many an autocrat before you, have been lied to by your arse-lickers. They gave you information you wanted to hear, instead of telling you the truth. Like their predecessors in Stalin’s day, they were mortified of telling you something, anything, counter to your expressed opinions and desires. So they fed you lies and falsehoods which of course you approved.

So, instead of honesty, they stole the money you allocated for undermining Ukraine. You were told the Ukrainians were yearning to be reunited with Mother Russia, that your soldiers would be met with  flowers and the smiles of pretty girls, that it would take no longer than a week to overthrow the ‘Nazis’ and their government. The fact that this nation is headed by a democratically elected president of Jewish origins did not interfere with your propaganda. In reality, your army was met with fury and outrage, with fearless resistance and devastating losses.

Indeed, Vladimir Vladimirovich, there are so many things to thank you for. Above all, let me thank you for single-handedly destroying the myth of your army’s strength.  Frankly, I am tempted to say that your army is a crap relic of the last century, but I will not. Instead, I will gently whisper that you have delivered to the West a much-needed reassurance that, should this poorly supplied and no less badly led army ever invade a NATO country it would be annihilated.

I think you deserve a medal – a big shiny one for reassuring the Western democracies that your underfed and undersupplied crowd of looters and murderers is not much of an army. Even more pleasing, all your threats were bluff – plain and simple. Judging by the ease with which yesterday’s farmhands, teachers and truck drivers burnt your hordes of tanks, APCs and what-not with the weapons provided by NATO – you have no chance of defeating a professional Western military. I am calling on the NATO Council to award you the biggest, the most glittering medal for making this clear – your army, your intelligence services and its leaders are no good, except at public parading and dark palace intrigues. For this feeling of relief, I, together with millions of formerly scared Europeans, thank you very much indeed.

Equally, I thank you on behalf of all the occupied people’s territories, which your army held in accordance with the medieval concept that ‘might is right’. Not anymore. By showing to the world how pathetic your army is, you initiated the process of real, not fake, liberation. Poland is talking about reclaiming part of occupied East Prussia, Japan is demanding her Kuril islands and Azerbaijan is moving in to reclaim its land. Even tiny Moldova is making noises about the return of occupied territory. Oh, and Vladimir Vladimirovich, don’t forget that your best friends forever, the Chinese, are publishing their school books and maps with half of Siberia belonging to the Middle Kingdom.  It might, just might, be the beginning of the unraveling of the last empire on the planet. I sincerely hope so.

On second thoughts, Vladimir Vladimirovich, perhaps you don’t deserve these thanks I offer. Come to think of it – all of this was revealed as a result of the brave, courageous and defiant Ukrainians fighting your Russian invaders. These amazing people have demonstrated to the world what a freedom-loving nation can do when determined to defend their freedom from predators such as you. When the free people do not believe a predator, do not fear a predator and do not beg a predator for anything – they fight, no matter what.

Every Western nation owes a debt of gratitude to Ukraine for conclusively demonstrating a predator like you can be stopped. Not by treaties, not by appeasement, not by anything else – but only by force, which is  all you can understand. So, after all, my thanks go to Ukraine.

In English, that says ‘Thank you very much, free Ukrainian Citizens of the Free Ukraine!’ May your victory come soon.