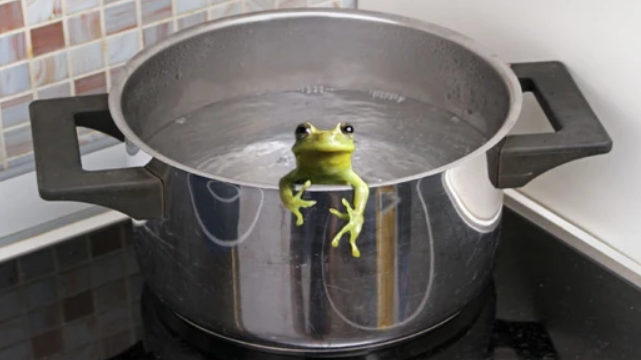 Back in the day there was a pact between elected politicians and those who put them in office.  They did our bidding.  They exercised power in our interests.  They were, in other words, “accountable”.  They limited their actions to doing things for the benefit of the people.  They showed restraint.  They were answerable to the people’s houses of parliament.  They had to front the electorate periodically to get our permission to continue in office.

The democratic system (aka “responsible government” and representative democracy) required two things in order to function properly.  Properly motivated politicians and informed voters.  Now we have neither, and this is why the system is so broken.

Today’s politicians are self-regarding careerists content with the spoils of office, determined to make them last and indifferent, at best, to our needs (as defined not by them but by us).  At least some of them, possibly many, are motivated to do us active harm, more often than not in the name of some ideology or other.  To steal our resources.  To deny us free choice in our lives.  To impoverish us all.

Perhaps even worse, today’s voters are low information, superficial and ill-motivated to inform themselves about public policy.  They are, in the late American economist Anthony Downs’ term, “rationally ignorant”.  They have decided to focus on themselves and their toys, and have chosen to let the state do its own thing, even when it harms them personally and harms their fellow citizens.  For they have signed away their stake in the political system.  They are a combination of midwits – those just smart enough to be dangerous – and total buffoons oblivious to what is going on in the world and what is driving it.

Being superficial and driven by how they “feel” about issues of the moment, today’s citizens are prepared to emote their way to public policy, clutching at, and accepting at face value empty cliches and propaganda like “climate emergency”, “love is love”, “follow the science”, “black lives matter”, “we are all in this together”, “stop the spread”, “flatten the curve” and the rest, and all the while believing earnestly (or at least casually) that these slogans have actual meaning based on truth, research and analysis.

Policy-as-emoting is a creature of the post-modern age.  It fits perfectly with a shallow, politically illiterate, morally vacuous Me Generation that mistakes “feeling” for thinking, or worse, for being.  In such a regime, the patently absurd becomes mainstream belief, almost overnight.  As noted by GK Chesterton, they will accept literally anything.  If, perchance, evidence counter to their world view comes their way, they will simply look in the other direction in order to avoid having illusions dented.  Leaps of faith that are poo-pooed among the traditionally religious are easily absorbed by the emoting class.  If you accept that truth can simply be defined away, or morphed into “my truth” and “your truth”, you will all the more easily accept that, for example, crushing traditional marriage is simply “all about love”, that giving up our petrol-fuelled cars will stop droughts and floods, that giving offence to “victims” must be outlawed no matter what the ramifications for free speech, that robust policy itself (aka science) is a whitey/male social construct.

There is another, more familiar phrase that describes the motivation for at least some of what we are describing here as policy-as-emoting.  This is virtue-signalling, the supporting of a particular policy because doing so make us look good, or at least makes us not look bad (now defined routinely as racist, sexist, homophobic, transphobic, or patriarchal).  Virtue-signalling can be effected by both politicians and by voters.  It has become a core part of the great modern pact between the governing class and the governed.

It creates convenient hate-figures to be derided and scorned.  It is front-and-centre of our new media and university-based clerisy.  It doesn’t require any policy evaluation or review for it to be justified in the minds of its adherents.  Hence the aversion of the COVID class to inquiries into COVID policy efficacy.  Creating the lockdown tyranny was simply “the right thing to do”, the necessary thing to do.  Nothing more need be said of it.  Just like the indigenous Voice, it is a “right side of history” policy. The very term “progressive” is indicative of our self-deception.  Policy-as-emoting just feels right.  Whenever we see the ‘right side of history’ invoked as a justification for a policy, we should be extremely worried.  There is moral vanity afoot with little regard either for people’s real interests or for facts.

Hence, we get policies that are themselves merely slogans.  “Clean energy”, which is not clean and provides no reliable, practical energy.  “Climate reparations” to pay former colonies for the civilisation and all its trappings that Britain (and others) gave them.  “COVID safe” to perpetuate the lie that governments can stop viruses from spreading, when in fact their policies make things worse and create other, massive problems. “Net zero” — who even knows what it means, or can say what it will entail?  Who among those who blather on about it could crisply define and justify the term, other than with yet more cliches and slogans based on lies?  Who better, then, to be giving advice to “global leaders” at COP27 than tik-tok-dancing teenaged girls?

The willingness of the governed class to allow the polity to be run on misinformation and ephemera has allowed the epidemic of governments addressing non-problems with non-solutions, at massive cost.  Governments and major political parties naturally welcome the new reality of democracy.  They simply love it.  It gives them an essentially free ride and endless get-out-of-jail-free cards and creates the opportunity for them up to indulge their own agendas, absent even the most limited scrutiny.  The new pact between government and citizenry goes like this – we will make your lives comfortable and convenient, with a veneer of prosperity, if you lazily give us unfettered power and let us keep it.  Don’t worry.  We have got this!  Think of policies like subsidised child care, learning-free education, quantitative easing, work-from-home, contact tracing (we make you feel important, then track your every movement), Jobkeeper and the like.  It is very much policy by the low road.

With us comfortable and looking the other way, the state can indulge in the five standard forms of policy that are either not in the public interest or are actively against it:

Only the fifth type of public policy might be said to be the result of good motivation on the part of decision-makers.  The others are bound to be self-regarding and harmful to the public interest. The first are simply undertaken to curry favour and build legacy.  They are bound to become white elephants, at great cost to the public purse and often, ironically and despite their purpose, end up harming the political reputations of those the projects were designed to valorise.

The second are positively evil.  They are undertaken out of intellectual and moral vanity, without regard to the real problems and real priorities of ordinary people, and with little cognisance of the harms they will do.

The third are rewards for mates, rewards for places or rewards for voting for me.  They are pocket-lining projects that more than justify the creation of institutions like the Independent Commission Against Corruption (ICAC) and its equivalents.  At worst, they are criminal endeavours.  Less-worse, they are the largesse disbursed to preferred geographies in the traditional way of the Nationals.

The fourth are now all about us, but (necessarily) hidden from our view.  They each remove power from individuals and re-locate it either to the state or, worse, to supra-national institutions and/or corporations.  They creep up on an unsuspecting public that has not consented (at least not knowingly) to the accretion of state power.  It is the classic slow-boiling frog of Hayek’s Road to Serfdom.

The fifth are the result of a well-intentioned yet mistaken belief in the capacity of government to fix things that may or may not be able to be fixed by the state.  There are many things in the latter category (climate, viruses) and not many in the former.  They promise nirvana but turn out to be chimeric.  Hayek referred to socialism as “the fatal conceit”.  Now, we can make the same charge against all of socialism’s successors, and, indeed, of all those who believe in the fundamental power of the state to fix problems, real or imagined.  Another way of looking at this type of policy failure is to invoke Joseph Epstein’s notion of the good intentions paving company.  We all know where that road leads.

Careful observers will have noted that some policies can be a mix of two or three of the above, or, indeed, of all five.  Privatisation and mass migration, for example, are both ideological and, for all sorts of reasons, mostly mistaken.  But generally, a harmful policy will be primarily of the one kind.

All five types of policy failure are the result of second-rate and/or ill-motivated politicians and ignorant or lazy citizens.  And, to make it worse, we fail to realise that any of these things matter.  That printing money endlessly is not a good idea.  That foreign wars in which we have no legitimate interest yet which we are more-than-willing to join may bring us the ultimate harm.  That outsourcing parenting to the state will ruin our children.  That abandoning support for traditional marriage and family formation will dissolve civil society within a few generations.  That failing to be fiscally continent will have ramifications.  That killing coal will also kill our economies.  That encouraging the momentarily gender-confused young to have their bits chopped off or added to will not inevitably bring them happiness or fulfilment, long-term.  That giving the indigenous a “voice” will solve nothing for the Aborigines who actually need help.

As Neil Oliver has helpfully reminded us, there is an old Latin phrase, Quis custodiet ipsos custodes, which mean “who will guard the guards themselves?”

By choosing to walk away from our democratic responsibilities, by surrendering our freedoms without blinking, by handing extreme power to politicians (without recourse, even through the legal system, to remedies), by settling for comfort and faux-wealth instead of being tough on those we elect, by gullibly trusting those who we ridiculously believe have our best interests at heart, we have abandoned to right to call our system democratic in any meaningful sense.  Marriages of convenience are never wise.

The Silver-Tongued Scourge of ISIS