The Dizzy Doctors of the COVID Crusade 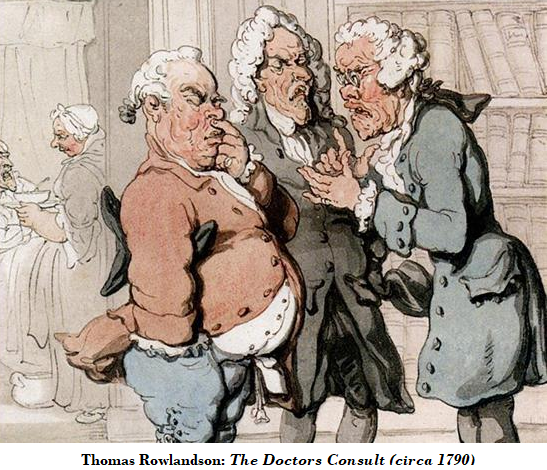 In Australia and around the world, government public health advisors have become unlikely national celebrities. America has the lovably gravel-voiced Dr Anthony Fauci, tasked with the unenviable job of correcting all of Donald Trump’s mistakes live on television — with the President repeatedly butting in to argue back. Britain had the now-disgraced “Dr Lockdown”, Prof Neil Ferguson, forced to resign in a lurid sex scandal. And Australia had its soft-spoken Chief Medical Officer, Prof Brendan Murphy.

The subject of often glowing media coverage and widely lauded as he stepped down last week, it was Prof Murphy who made the tough calls to shut Australia off from the outside world, beginning with China on February 1 and escalating through Iran (March 1), South Korea (March 4), and Italy (March 11), culminating in the near-total closure of the border on March 20. With Prime Minister Scott Morrison pledging that “all decisions taken by the Government” with regard to the coronavirus would be “guided by the expert medical advice of the Australian Health Protection Principal Committee” (AHPPC) led by Prof Murphy, the country’s fate rested on the professor’s shoulders.

At least, that’s how the story has been spun.

In reality, a day before the National Security Committee of Cabinet (NSC) decided to close the border to China, Prof Murphy told a press conference that the “our Health Protection Principal Committee [AHPPC] does not recommend banning direct flights from China, as it’s not a public health measure.” The story has repeatedly been told of how Prof Murphy then woke up on Saturday morning, February 1, to the realisation that restrictions on travel from China were urgently needed within hours. This apparently had nothing to do with the fact that, overnight, the United States had imposed a China travel ban of its own.

At a February 2 press conference, Prof Murphy explained that the apparent about-face was actually the “corollary” of a simple definitional change resulting from a new awareness of “sustained transmission” of the coronavirus outside the epicentre of Hubei province. As a result of this, the AHPPC unanimously changed its opinion on travel from China, overnight, on a weekend, based on no new information or guidance from the WHO, without reference to American developments, coincidentally with the US decision to ban travel that very night.

That might just be believable, were it not for what came next. On February 13 and February 19, the AHPPC advocated relaxations in the China travel restrictions to allow international students into the country. On February 26, the AHPPC began building a case against any further travel restrictions, arguing that the extension of “travel bans to restrict travel from multiple countries is not likely to be feasible or effective.” On February 29, the AHPPC flatly stated its position that: “border measures can no longer prevent importation of COVID-19 and [the AHPPC] does not support the further widespread application of travel restrictions.”

In that same statement, the AHPPC suggested “preventing entry to Australia for travellers from Iran … could be considered”, but the AHPPC “was concerned that further travel restrictions may set an unrealistic expectation that such measures are of ongoing value for further countries.” The NSC halted entry from Iran the next morning. So much for being guided by medical advice.

On March 4, the AHPPC recommended that “the Government direct primary focus toward domestic containment and preparedness”, reinforcing its message that it “does not support the further widespread application of travel restrictions.” The NSC restricted travel from South Korea the very next day. When it came to Italy, Prof Murphy and the AHPPC didn’t even bother to offer any public guidance. The NSC restricted travel on March 11.

Finally, on March 18, on the eve of the government’s decision to close Australia’s borders to the entire world, the AHPPC offered one last piece of travel advice: either impose “restrictions on all countries” or (with equal effect) consider “lifting all travel restrictions.”

Prof Murphy and the AHPPC consistently showed a preference for fighting the coronavirus in the community instead of at the border. That should come as no surprise: they are doctors, not border guards. But what Australia needed in the crucial early weeks of the coronavirus crisis was just that: alert and enthusiastic border guards.

Had the NSC been less cowed by medical advice and more aggressive in policing the border, Australia might have dodged the coronavirus bullet. That we came so close is entirely down to ignoring the medicos, not following their advice.

Salvatore Babones is The Philistine. Read his full analysis of “The Coronavirus and the Perils of Expert-Driven Policy” in the upcoming July-August issue of Quadrant

13 thoughts on “The Dizzy Doctors of the COVID Crusade”

Life is Good at Their ABC