Caught With His Pants Down 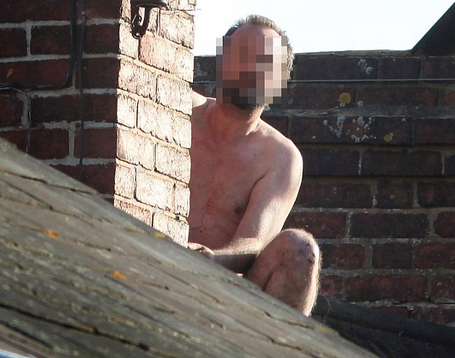 Today was the best day for me so far as this absurdly heavy-handed lockdown is concerned.  I woke to read the immensely satisfying news about Professor Neil Ferguson of Imperial College – the man who headed the team that modelled the impact of this coronavirus and came up with the apocalyptic prediction that over two million Americans and half-million Brits, give or take a hundred thousand here or there, would die unless immediate and severe lockdown steps not implemented and enforced.  Leave aside that nothing remotely like what he and his team predicted has transpired in Sweden (where they ignored his advice to lockdown and just urged the old and vulnerable to isolate themselves while keeping restaurants, bars, the general economy open) or Taiwan (ditto) or Japan (mostly ditto).

No, what was absolutely delightful and cheered me up no end was that Professor Ferguson had resigned  from the main “scientific” committee advising the UK government. I’ve used scare quotes because a good number of the people on the committee are not hard scientists.

Why did Ferguson resign?  You will just love this:  it turns out the scientist/modeller whose advice has played a biggish part in the world’s response to this corona virus, and who has been insisting for months that all and sundry must observe the strictest of government lockdowns, had himself been ignoring them. During the lockdown he ardently advocated he was bonking his mistress, the married Ms. Antonia Staats, who would sneak away to meet him for a bit of face-to-face lockdowning and viral exchanges with the man who massively and repeatedly over-estimated things viral in the past, like BSE’s effects and foot-and-mouth too.  The unlockdowned married mistress Ms. Staats would travel across London to catch up with her virile virus predictor and have his greatness thrust upon her.

The point here isn’t that Professor Ferguson was married (though he was, but maybe separated).  Nor is it that his carnal compadre, a green left activist climate-change alarmist,  was herself married (though she was).  No, no, no!  The point is that these authoritarian types who are happy to impose heavy-handed rules on you and me aren’t prepared to live by those rules themselves.  One set of rules for you.  Another, much preferable set, for them.

It’s a bit like how there’s one set of rules today for Australia’s politicians and public servants – no pay cuts, no job losses, financially secure positions from which to urge the lockdown never to go away, thus taking the precautionary principle to absurd lengths. Then there’s a another and entirely different set of rules for all those in the productive private sector: basically, economic carnage, lost businesses, lost homes.

Here’s what we can call it: hypocrisy.  Professor Ferguson should be congratulated (and not just by his back door paramour in their post-coital afterglow) for exposing the rank hypocrisy of these busy-body authoritarians.  Look, if he really believed he’d die as a consequence of ruffling the sheets with Ms Staats, he wouldn’t have done it, would he?

The more I’ve been reading, the more I’ve been thinking there’s been a massive over-reaction to this corona virus. I’ve said so here and in the Spectator Australia.  Yes, it’s bad, worse it’s than the flu.  No, it’s nothing like the Black Death or even the Spanish Flu. Every country will eventually have to learn to live with it, barring the far from certain possibility of a 100 per cent effective vaccine.  Sweden, Taiwan and Japan have looked for some time like they’re on the better path.  (And if you think we can avoid what they have ducked, ask yourself how we’ll ever again have international travel or a functioning economy.)

I suppose for Ms Staats this has all been pretty hard to swallow, what with having herself exposed in a British tabloid.  But for the rest of us around the world the newspaper has done a public service.  Good riddance, Professor Ferguson, you a gigantic hypocrite.  This is the best day ever of my corona lockdown.

7 thoughts on “Caught With His Pants Down”