Italians, Statistics, the Virus and Us 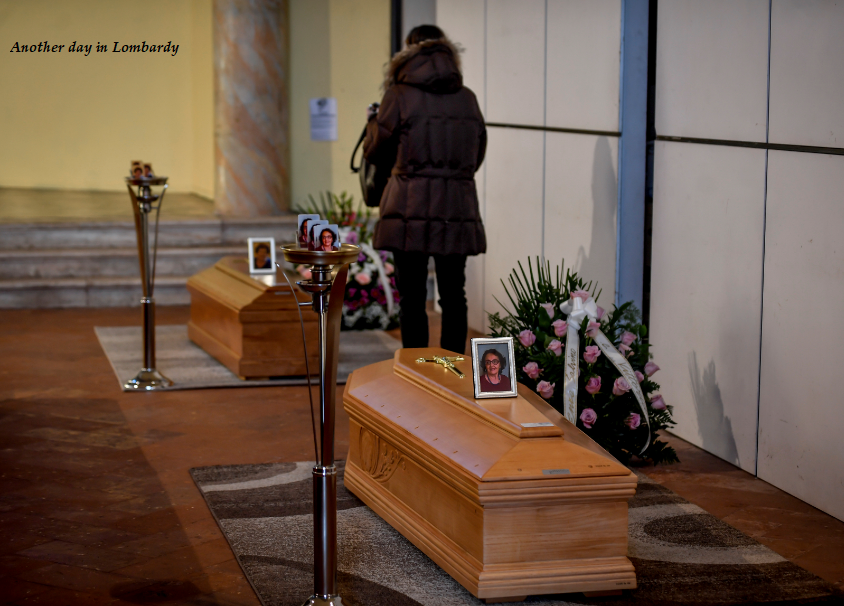 For the modern-day statistician, there are lies, damned lies and Covid-19. The morbid fascination with numbers of the infected, the recovered and the dead is distorting an understanding of the novel coronavirus. Newspapers are keeping score — by totals, by country, by state — with all the enthusiasm of cricket fans (although the runs are coming faster).

A dangerous extension of this tendency is to make comparisons – unfavourable for Australia with Singapore, for example, and increasingly with Italy, to serve as a threat for non-compliance with new rules. Italy, I understand well, having lived there from 1990 to 2001, so I set out to determine just how analogous that country’s situation is for us. The result: not at all.

The gross figures so happily quoted to instill fear are a total of 50,418 infected cases and 6,077 deaths (Deceduti). That is a mortality rate of 11.7%, compared with the reported 4% for China. So let’s look a little further into Italy. We immediately find that there is no “Italian situation”, but a crisis for the north. Of the 21 regions there is as much variation in infection rates as there is in dialect or criminality. Campanilismo, the “my belltower is better than yours” syndrome may also be applied to disease!

Here is the table of the incidence of Covid-19 in a sample nine of the regions, from north to south:

The situation is already turning around. For the last two days the number of new cases in Lombardy has declined; in Bergamo and Brescia it has halved. The total new deaths is down from 651 to 602 a day. Here is the graph of the daily trend of positive cases: 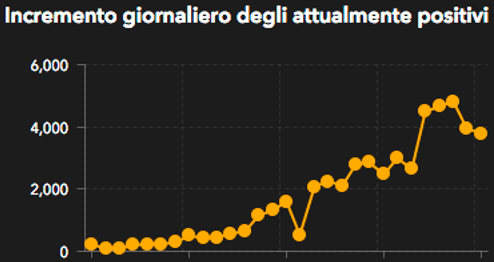 The north is a special case. It has a high population density, is the centre of manufacturing industry and has a large Chinese workforce, employed in the factories which China bought out. When the virus first hit and Australia prohibited entry from China, political opposition to offending China prevented similar action. Workers returning after the New Year celebrations spread the virus.

But why was the death rate so high? The native Italians were sitting ducks. Italy has the second-oldest population in the world after Japan. The median age is 47 years, compared with 37 in China and 38 in the U.S. The median age in Italian hospitals is 67 years. Some 87 per cent of the virus deaths were of people older than 70 years. And 88 per cent had one or more pre-existing illnesses.

And here’s a surprising fact. Professor Walter Riccardi, scientific advisor to the Ministry of Health, says everyone dying in hospital, from whatever cause, is coded as a victim of the virus. In a re-evaluation by the National Institute of Health, only 12 per cent of the deaths showed a direct causality.

“The way in which we code deaths in our country is very generous in the sense that all the people who die in hospitals with the coronavirus are deemed to be dying of the coronavirus,”  the UK Telegraph reported. “… Eighty-eight per cent of patients who have died have at least one pre-morbidity – many had two or three.”

These rubbery figures show how misleading and, indeed, useless it can be to extrapolate from another country’s experience. There is no equivalence between Italians and Australians in age distribution, lifestyle or nutrition levels. Italians overwhelmingly live in apartments and, due to high youth unemployment, often with three generations in the one home. The old towns and villages with their narrow streets and close living are natural incubators, yet as the above figures show, the risk of death is not high, except for the elderly.

The lesson is that we should keep our eye on the death rate, not the case total.

In passing, it is worth observing that the Keynesians of the Treasury have lost none of their influence. Doubling welfare payments, especially for pensioners, to boost aggregate demand is a wilful waste of the nation’s resources. Where is the money coming from?

11 thoughts on “Italians, Statistics, the Virus and Us”

The lie of genocide