‘In some instances … feticide is undertaken’ 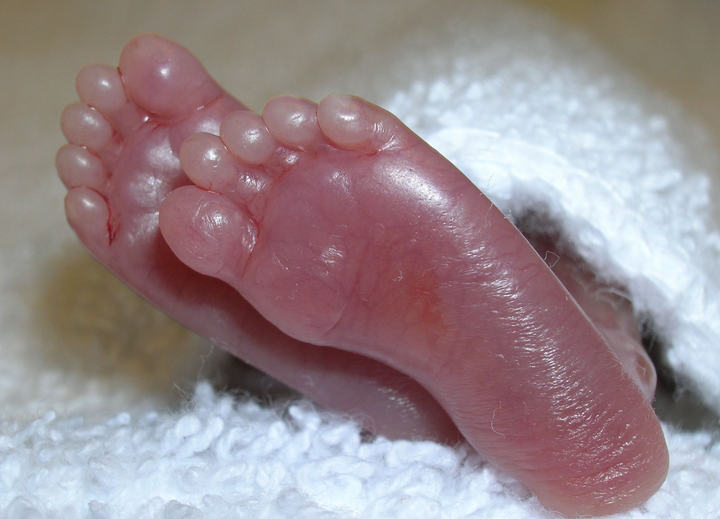 I wrote in November about the Liberal Bill before the parliament here in Adelaide which seeks to make lawful the killing of a foetus right up to the time, and immediately after, his or her birth. The upper house has already passed it. The lower house will vote on the February 3. Since I first wrote of the bill, an anonymous someone in the Attorney-General’s Department or Health Department has distributed to MPs a document explaining how the Bill the department has drafted will operate. This is question and answer #5 in that government publication:

A: In later term terminations, either an induction of labour or surgery will be used. If induction of labour is the chosen method of termination, the most usual outcome in this situation is that the baby will be stillborn. In this instance, palliative care is offered, the baby is wrapped in a blanket and the mother is given the opportunity to hold the baby as it dies. In some instances in late termination feticide is undertaken which means the baby will be stillborn.

Leave aside if you can the savagery and heartlessness involved in merely contemplating placing in the arms of the mother the wreckage of her infant, almost certainly at that point displaying the hideous wounds of the clumsy and bloody attempt to murder it. Leave aside, too, the idiocy of the unknown author in suggesting a stillborn child can subsequently die in the mother’s arms. This writing and the thinking that brought it forth surely betoken the presence of a diabolical, rather than merely human, enterprise.

The publication quoted above is not available online, or so it seems from my search-engine’s attempts to hunt up a copy. Am I right to suspect that some public “servant” in one or other of the departments has twigged that the unutterable depravity and cruelty of the scene conjured up by the penultimate sentence is unlikely to persuade a constituent to encourage their MP to vote ‘yes’?

I stand by all that I wrote in November. In fact, my language ought to have been more strident and unsparing. Every feeble argument made then and made now to justify this Bill collapses under the weight of its own mendacity. No woman in this state has ever been prosecuted under the existing abortion law, passed all of 51 years ago. No doctors who has authorised the killing of a foetus on the grounds authorised by the existing law has ever had their judgement challenged in the courts. If good faith “reform’’ of the law were the object of persons who (unlike me ) want to preserve the legality of abortion then they would be concerned to correct the striking anachronism of the statute’s present assumption that life is not viable outside the womb until 28 weeks gestation. We know now that it is viable at or after 23 weeks. Abortion, then, would not be permitted after 23 weeks, save where the mother’s life would otherwise be lost.

But passing a law reflecting our vastly improved knowledge of life in utero since 1969 is not the purpose of this vile Bill. Instead, a late-term foetus — a viable child, if we are honest — can be “terminated” up to and including the time of birth. Vickie Chapman, the Liberal attorney-general co-sponsoring the Bill with a Greens politician (and the support of her leader, Premier Steven Marshall), has abandoned earlier futile attempts to conceal this fact. Her department’s briefing paperto MPs reflects this abandonment. If this document has indeed  been made unavailable to the broader public, it is only because its language has been deemed by the department to be impolitic, not because it reflects the reality of abortion-up-to-birth as the department understands it.

What I did not tell you in my November article is that I know Ms. Chapman well, and that as recently as late in 2018 her boss, Premier Marshall, would sit in the pew in front of mine at Evensong at Christchurch North Adelaide. Every Sunday he would kneel for the prayers and lustily sing the hymns, give me an approving nod as I returned to my seat after giving the First Reading. (I was always assigned the Old Testament reading for some reason).

As a successful solicitor, Ms Chapman was a loyal briefer of me and other barristers in my chambers twenty years ago. Indeed she joined our chambers and was good company. She was kind to me. I was a drinking companion and a friend of her deceased husband, Tubby. Unlike the spinster premiers of Queensland and New South Wales, who enacted similar abortion-to birth laws in those states, she is a mother.

I invite you to read again the excerpt from the departmental FAQ document set out above. Its horror doesn’t abate on second reading. Maybe your revulsion has already been superseded by anger. It took me some time to accept, whatever psychological border-crossing my use of that word signifies, that the people I live among, who indeed serve those who govern me, consider that they can say such things without risk of punishment.

What has happened to us? And when? How? Whoever wrote those words, I can’t stop thinking, did so without even a tincture of shame or apprehension of the response they might elicit.

Whenever questions of this kind pierce my quotidian complacency these days, in my mind I hear the King James Bible verses that a young lady from that Christchurch choir would often read, with a hesitancy altogether absent from her glorious singing, to Premier Marshall and to me and the rest of the congregation when she gave the Second Reading , a verse like this one:

For we do not wrestle against flesh and blood, but against principalities, against powers, against the rulers of the darkness of this age, against spiritual hosts of wickedness in the heavenly places.

You see, I can find no worldly explanation for this barbarity going on about me or, more particularly, for its startling acceleration in the space of a season or two.

I thought I knew the people I live among. I didn’t. Some of them must have always understood themselves as living in a vastly different moral dispensation than the one I thought we were living in. I don’t mean that I personally have sinned any less than they have; of course not. But I at least know and can acknowledge that I am living in a society that has repudiated its Christian roots and is now bereft of all the normative guidance and assurance those roots nourished. I know that the Almighty is against child-slaughter. I thought we all knew that. But we didn’t. We don’t.

Let me speak plainly. It has been clear, I reckon, to anyone living here in South Australia (or anywhere else in Australia) over the last decade or two, and especially to anyone involved in the law, that the public “service” and especially those parts of it charged with protecting children, educating children, drafting our laws or enforcing them, and administering public health laws in particular, are under the suzerainty of the feminist Left. These are people who network and support each other with an effectiveness of which Freemasons in their days of glory could only have dreamed. This is a topic deserving much longer discussion and I will only here example aspects of my own experience.

Education Department policy and procedure documents still implement the same Safe Schools doctrines that the government pretended to have abandoned shortly after it was elected. Child protection departments (under incessantly changing acronyms-FACS, DCW, CPS, et al )  are run by ideologically indoctrinated young women holding post-graduate diplomas in “social administration” or the like. These women are armed with the kind of powers that experienced police sergeants never, ever possessed, even when law enforcement was staffed by wise hands and informed by sound traditions.  They have the power to remove (and retain) putatively at-risk children from families whose legal remedies for the frequent arbitrary exercise of such powers are limited by the very Acts which gave those bureaucrats such prodigious powers in the first place. So it is in the other departments which devise and administer all of these laws. I believe that it was just such a public servant in just such a department who authored that pitiless heathen prose which I set out above.

I will tell you something else that I believe just as strongly. It is not only such people but also you and me – we who have let them go about their work unhindered for a generation or more — who share responsibility for these crimes against the defenceless unborn and newly born.

I implore you to get involved immediately in fighting this savagery. Certain types of women appropriated the right to speak publicly about abortion as long ago as the 1970’s, namely tertiary-educated feminists. The narrative that the mass media has run in the decades about abortion has subsequently always been expressed in that tortuous and disingenuous lexicon with which we are so familiar.

We must insist on a return to the fearless use of our own language. We must express ourselves in those words which allow the truth to be stated with clarity. You see, in speaking about abortion, I say we are dealing with extermination, not merely termination; motherhood, not merely pregnancy; crimes, not merely choices; lives, not merely politics, and that these are matters requiring all people of conscience, men and women alike, to speak boldly and clearly. We can only do that in our own natural language.

To men, I address what follows in particular: you can’t say you don’t know what this Bill proposes. Even if you live in a state where similar laws were passed in the last year or two, get involved in this instance. Let Premier Marshall and Attorney-General Chapman know what you think of their facilitation of barbarity in South Australia. Organise yourselves politically to make sure the right people to see these laws repealed in your own states. Righteous revulsion can be a formidable thing. In relation to abortion, with so many precious lives at stake, that must be brought to bear to frighten the politicians responsible.

If reading this has left you with the impression that I am profoundly unsettled by these matters and by what they have revealed about the hearts and minds of those who govern and manage our polity, you are right. But  surely it isn’t just me. Aren’t you, too, sickened by state-sanctioned infanticide?

24 thoughts on “‘In some instances … feticide is undertaken’”

A Double Standard in Black and White

After the Wall, Three Decades of Cultural Despair