Sacrificing Statues to a Godless Creed 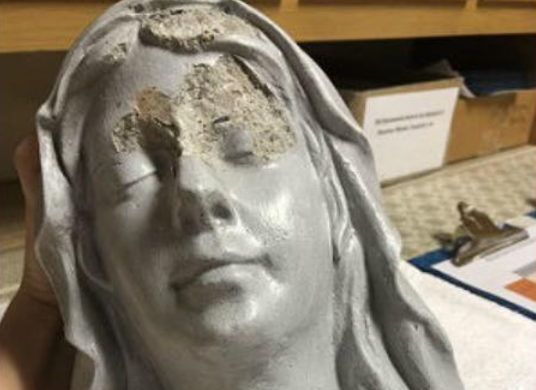 Lots of statues being torn down across the United States. Some Fox News commentators complain that many such statues are of abolitionists. Don’t the BLM and Antifa mobs know their history, they ask quizzically? Well, no they don’t, as it happens, but what they do know is that the statues are of white men. In fact, with few exceptions, statues are mostly of white men. Why is that? It’s simple.

White men of the past made the modern world. They abolished slavery, which had existed since the dawn of time; they gave us basic freedoms, with enduring institutional arrangements to protect those freedoms; they gave us creature comforts and gadgets we now take for granted.

You might have noticed that I didn’t say white people. I could have been more sexually sensitive but it would have been subterfuge. Truth is, it was overwhelmingly white men. I have no idea whether it might have been women or brown or black or Asiatic people in different circumstances. But it wasn’t.

Lest you sense a note of triumphalism in my tone on account of me being a white man let me hastily say that I am not one of those white men who made the modern world. I would rate my own personal contribution as non-existent. In fact, most of us — white or ‘of colour’ men or women — are mere passengers.

At the same time, as a white man, I have no time for those who enjoy the fruits of the white giants of the past while whining about so-called white privilege — tell it to downtrodden white people — or about the slavery or colonialism of the past. Get over it. Obviously, rich NASCAR African-American driver Bubba Wallace isn’t over it. He complained that someone had left a “noose” in his garage. Turns out to have been a bit of old rope, found in most NASCAR garages to help with lifting the doors up and down.

You would think the FBI which sent fifteen agents to investigate and the media and those around blubbery Bubba would be so red-faced with embarrassment that they would hide away. Not a bit of it. They are waiting with bated breath for the next “example” of racism. And they are looking so hard that they are bound to find it.

People complain that NASCAR is very white. Racism! When I catch American basketball and football it appears very black. No racism! And when have we last seen a white man of any nationality mixing it up with black sprinters at Olympics’ finals? No racism! On the other hand, Olympic swimming is very white. I am waiting for that to be branded as racism at work.

According to the Manhattan Contrarian (23 June), Facebook has only 1.5 per cent African-Americans among its tech workers and Microsoft only 3.3 per cent. Is this subliminal racism on the part of these terribly woke organisations? Or is it that there are, relatively speaking, fewer black Americans that can do the job, as there are fewer top-level white sprinters? Plump for the latter, but if you do you gotta know you’re a racist.

Again, personally, I have little doubt that my IQ would never have passed muster among the whiz-kids at Facebook and Microsoft. So I don’t feel the least superior because I am white; nor, however, do I feel the least inferior to the sanctimonious nerds who infest these progressive tech giants. I would recommend this feeling to all those African-Americans rejected by Facebook and Microsoft and by other tech companies which, according to the Manhattan Contrarian, are too shy to publicise their comparable employment numbers.

Clearly accusations of racism are being used to cloak Marxism. Instead of workers of the world unite it is people of colour unite, together with those among white populations anxious to atone for the assumed sins of their forbears. In the absence of God, prostrating themselves to Black Lives Matter and sacrificing statues evidently offers them redemption. Once you lose God something spooky takes its place.

I have tried to make the point that we are all in a worldly sense inferior to the white men of stature who made the modern world. There is no basis for thinking that the ordinary man or woman, black, brown or white, living today are anything but, so to speak, equally inferior. Take that to the bank. And take this:

Here there is no Gentile or Jew, circumcised or uncircumcised, barbarian, Scythian, slave or free, but Christ is all, and is in all (Colossians 3:11).

I can see no answer to the fake Marxist faith, in whatever guise it is cloaked, other than a resurgence of authentic Christianity. It seems increasingly unlikely that the battle can be won in the political arena — the political power centres having already been largely lost to the Left. It’s religion or it’s societal regression into what, I don’t know, but it won’t be pleasant.

Early Christmas for the ARC crew