In the Realm of the King of Lies 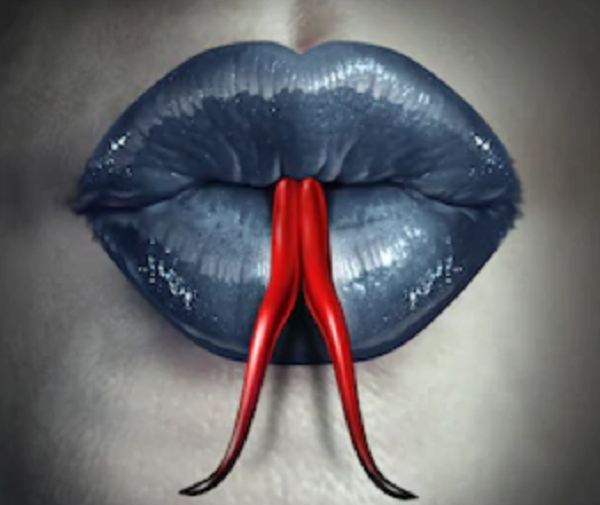 Did you know that the Australian government is still running TV ads spruiking vaccinations against COVID? I didn’t until recently. Presumably, it’s to do with the limited number of programs I watch. I must have inadvertently diversified my viewing. In the space of a few days, I’ve seen repeats of two nauseous ads. One, encouraging very healthy-looking people to “boost [their] happiness”, or so we’re told. The other, encouraging vaccinations, “which have been rigorously tested,” for children from five to eleven years; “to protect them, other kids, their families and everyone else”.

Leaving aside the fact that normal people have moved on, I was struck by the continuing implicit lie. The lie is that healthy people and children are at any material risk from COVID. They are not, and never have been from the very start. Giving novel medicine to those at no risk from a disease, particularly children, seems to me to be shockingly neglectful of doing no harm.

The only people at material risk from the virus are those who are obese in addition to having other underlying illnesses. And where is the proof that the vaccines have helped them? I haven’t seen it. How many obese people with co-morbidities have been saved by the vaccines? Maybe none. We know the vaccines don’t prevent infection or transmission. Just maybe they’re totally ineffective in saving lives. Not true? OK, show us the studies.

You might query my take on things. You might say ‘how could governments, drug companies, the medical profession, get away with such outrageous lying?’ Well, then, you haven’t been paying attention. We now live within a house of lies.

Last Sunday I was discussing stuff with a friend after church. We got onto Aboriginal disadvantage. She, not me, raised the Stolen Generations and was genuinely taken aback when I said that it was a lie. I later sent her a Quadrant article by Keith Windschuttle, taken from his book The Fabrication of Aboriginal History (Vol.3). (Here and here).

Hopefully, she’ll read the article and do her own thinking. But the point is that the myth of the Stolen Generations – the systematic removal of part- Aboriginal children from their parents throughout the bulk of the 20th century — has become accepted fact throughout the whole community. It must be true. Kevin Rudd apologised for it in Parliament in 2008. It’s taught as gospel to schoolchildren. From myth to factoid; it’s now part of who we are as a nation – guilty for an uncommitted crime. We base policy on the lie. Numbers of disadvantaged children who should be rescued from their dire situations no doubt suffer terribly because of the lie. Living a lie brings costs.

Talking about the parishioners in my church, I doubt I would find more than one or two that hadn’t wholly swallowed the climate-change scam. Why restrict it to my church? The airhead Teals didn’t get in because of the strength of their arguments. They rode in on the general gullibility of a population, which has succumbed to climate-related lies; just as the same population dutifully and uselessly masked up.

I’m not talking, by the way, about the unproven hypothesis that man-made CO2 is the predominant cause of the mild warming since, say, 1875, or that continued warming might cause problems. That’s at least a contestable proposition. I’m talking about the surrounding gabble. The ten years to extinction trope, which is constantly updated to ten years hence as each year passes. They don’t think we notice. And, for the most part, they’re probably right.

Dud prediction after dud prediction. Tim Flannery’s, ‘the dams will never fill’ prediction has gone down in Australian folklore, thanks to Sky News saving the video from deletion. But his wayward prediction is one of many. Snow is a thing of the past. ‘Drowning’ Pacific Islands. More widespread and intense droughts, floods, famines, bushfires, cyclones. Millions of climate refugees. None of it bears scrutiny. Lies. And deliberately constructed to serve an agenda.

Then there’s renewable energy and the tall tale that this will bring many green jobs and lower energy costs. The recent events in Australia, soaring gas prices and the ironic call by the government for more coal and gas power, should put pay to that. It won’t. The powers that be are shameless. If they said higher power bills, unreliable power and less prosperity is the price for protecting the planet, at least they would be honest, if stupid. Instead, they lie. It’s hardly noticeable against the backdrop.

It’s always been a fact of life. Real estate agents and used car salesmen twist the truth; to be generous. How about Christian clergy, surely we can depend on them? Not really, not in today’s world. Recently, at the Anglican church’s general synod, a majority of bishops stymied a proposal to affirm that marriage is only between a man and a woman. Really. They might consult Israel Folau on that one. Or, failing that, actually read the Bible.

From exactly where do Christian clergy think their credibility springs? It’s from the Bible. The whole of it. Every word of it.  They have an option as individuals: leave the church. There is no available option to misconstrue, distort, or ignore plain biblical admonishments. Effectively to lie about the very book on which they purport to base their lives and guide others.

As I said, we live in a house of lies. It’s not hard to think of others. Transgenderism offers rich pickings. The Father of Lies must feel at home in Oz; and, if it’s any comfort, elsewhere in the world.

19 thoughts on “In the Realm of the King of Lies”

North Korea and the Saddam Delusion