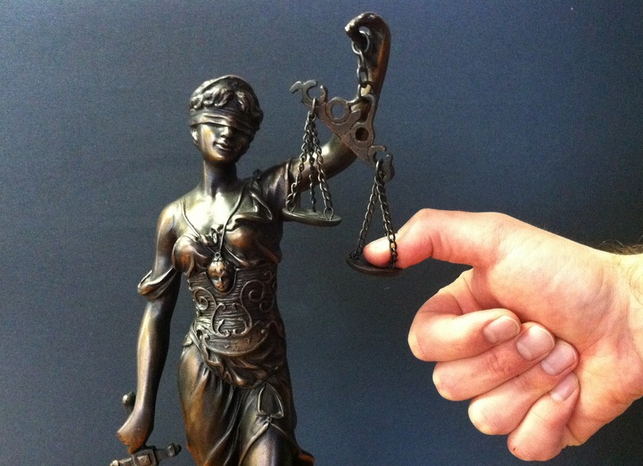 It is possible that, decades ago, I did poorly executed cartwheels in the altogether around a school swimming pool without any teacher or pool attendant noticing. Well, one complainant, now in adulthood, says I did. For the avoidance of doubt, I protest my innocence of this alleged offence. And I think I should do so because it is clear to me now that provided something is possible, however unlikely, it is capable of being counted against me. Or, at the very least, it offers me no refuge from the administration of justice Victoria-style.

Thus, two of the three judges of the Victorian Court of Appeal adjudged that it was not impossible for Cardinal Pell to have committed the alleged offences despite all of the logistical difficulties. I have enormous trouble getting my head around the logic and force of this argument. If I say it would have been impossible for me to have done something, I might mean that literally. For example, in circumstances where I have a cast-iron alibi. Or, in ordinary parlance, I might mean that it stretches credulity for me have done the something in question.

Let me show my considerable perspicacity and say that I think that the latter is what Pell, through his counsel, was claiming. For someone to challenge this claim by asserting that what is alleged is indeed possible is not, to put a fine point on it, terribly insightful. Someone, less polite than me, might call it obtuse.

Am I wrong about this case? Is white really black? Does two plus two actually equal five? The only evidence against Pell – if you ignore scurrilous gossip and unsubstantiated accusations, as you must – is the uncorroborated say-so of one complainant describing events of some twenty-two years before. In such a case, the logistical difficulties of the events having occurred, and nineteen of them were put forward without challenge, I understand, can only be counted in the favour of the accused. They can’t be turned around so that the mere possibility of the events occurring is somehow put in the accused person’s debit column.

“An unusual feature of this case was that it depended entirely upon the complainant being accepted, beyond reasonable doubt, as a credible and reliable witness. Yet the jury were invited to accept his evidence without there being any independent support for it.”
— Justice Mark Weinberg in his dissent

Let me also say that I am absolutely over this business of a complainant being believed because they appear to be credible. Appearing credible is not irrelevant but there has to be more. Surely, there has to be more when you are at the point of ruining a person’s legacy and their reputation and relieving them of their freedom. That’s why we have the standard of proof of ‘beyond reasonable doubt’. Lots of guilty people go free as a necessary cost of ensuring that the legal system can’t be wielded to destroy our freedom by being used capriciously against us.

Con men are in the news all the time for ripping off people. In all cases, by definition, they spin a good convincing yarn. They are credible. Bernie Madoff didn’t get rich by appearing to be a crook. But people can genuinely believe what isn’t true.

My daughter left me in her flat drinking beer and watching football the other late afternoon while she and her husband went looking at a couple of child-care centres. She put a lasagna in the oven and said it would be okay, but asked me to intervene if I smelt something burning. When she returned home the lasagne had overcooked; though short of burning. She gently chided me for not checking on it, as she had asked. I needed her husband to verify that she had not in fact asked me to check on it. She believed she’d asked me; she hadn’t. She just made it up and thought it was true.

Now clearly this example of mine is trivial in the scheme of things. Nevertheless, it demonstrates the difference between the truth and what people believe. Memories can be invented and embellished through time.

Did Christine Blasey Ford actually believe that Brett Kavanaugh and his mate assaulted her many years before? Personally, I don’t think she appeared credible. There I go. I must remember that appearances in either direction can be deceptive. People of the world, including most especially judges, one would think, know that.

It was not impossible that Kavanaugh did it. But there was no corroboration and what evidence there was made it quite unlikely and counted rightly in Kavanaugh’s favour. For example, people who Ford claimed were at the party when the alleged assault took place had no memory of such a party. Of course, it is not impossible that they could have forgotten. But not even the Democrats construed that as counting against Kavanaugh.

And here’s another thing about this travesty of justice. Reportedly, the Victorian office of public prosecutions didn’t think the case strong enough to bring, yet the police persisted. Indicative of reasonable doubt?

The first jury failed to form a unanimous verdict. Some reports suggest that it was 10 to 2 for acquittal. Why don’t we know? Surely there is a legitimate public interest in knowing. That aside, we know that some on the jury favoured acquittal. Indicative of reasonable doubt?

Leave aside the mystery of the second jury forming a unanimous guilty verdict on exactly the same evidence that stymied the first jury, one out of three appeal judges favoured acquittal. Having another judge of the same mindset as Mark Weinberg, instead of one of the other two, and Pell is free. Weinberg has much deeper experience in criminal matters than do his fellow judges, who reportedly are versed in corporate matters and human rights. Indicative of reasonable doubt? I would jolly well say so.

Hopefully the High Court will hear the case and acquit. This is nothing at all to do with my belief that Pell is innocent. I have no special knowledge of the truth. I wasn’t there. It has everything to do with the evidence. There is not nearly enough. Surely it is wrong to incarcerate someone because a single complainant looks convincing, particularly in circumstances where the alleged offences took place decades ago and, to boot, in the most improbable of circumstances.

What the heck is going on? I find it troubling beyond words. Something seems rotten in the State of Victoria.

Here’s another hope. I am not sure how realistic it is. It is that the Pope, whatever happens, will keep Pell frocked and as a cardinal. Secular justice has gone badly off the rails. The Church should form its own view independently and act accordingly. It wouldn’t be the first time in history that a cleric has been unjustly imprisoned. I believe Saint Peter spent some time there.

Hypocrisy, thy name is feminism