The Epidemiology of PC-Infected Language 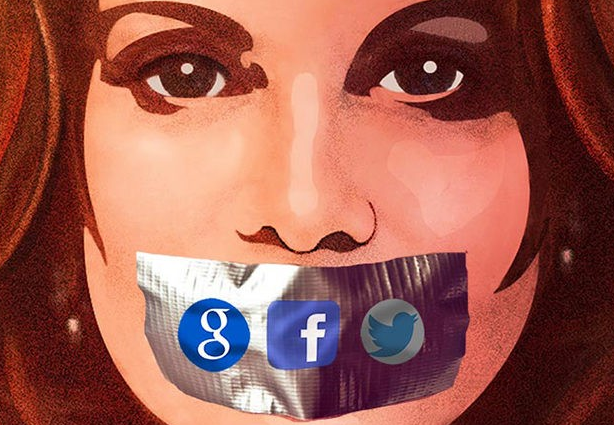 The 2019 word of the year, according to the Merriam-Webster’s Collegiate Dictionary, is ‘they’.  And for those old enough to remember when English classes taught grammar and parents corrected their children’s misuse of language, ‘they’ is no longer defined as a plural pronoun. As mandated by radical gender and sexuality activists, the politically correct ‘they’ refers to lesbian, gay, bisexual, transgender, queer, intersex and non-binary individuals who no longer want to be described as ‘he’ or ‘she’.

Such is the dominance of the PC’s definition of ‘they’ that Victorian public servants now undergo re-education programs where they are told referring to people as ‘she’ or ‘he’ makes them guilty of heterosexuality.  The Marxist-inspired gender fluidity program Safe Schools also warns against using gender-specific pronouns. Heterosexuality is defined as ‘the assumption that women and men are innately attracted to each other emotionally and sexually and that heterosexuality is normal and universal’.  Societies that endorse the love between a woman and a man are condemned, supposedly because the ‘institutionalization of heterosexuality in our society leads to an institutionalized inequality of power’.

Such is the prevalence of the cultural Left’s political correctness movement that it should not surprise that the American Global Language Monitor lists ‘woke’ as its 2019 word of the year.  While most people associate ‘woke’ with being awake, the PC definition refers to people who embrace politically correct, cultural Left language and groupthink. To be ‘woke’ describes being radicalised on issues involving gender and sexuality, marriage, the environment, global warming and the significance of Western civilisation and the impact of Judeo-Christianity.

For those who are not ‘woke’ the consequences can be immediate and dramatic.  Last year, the Melbourne Comedy Festival renamed the Barry Humphries Award because Humphries suggested a man wanting to transition to be a women would always be a man.  Germaine Greer has been ‘no-platformed’ from university campuses in the UK for the same offence. The Australian Open’s 50th year celebration of Margaret Court’s tennis grand slam is under threat because of her religious belief that marriage is between a man and a woman and because she opposes gender transitioning.

Other trending words identified by the Global Language Monitor under the heading of social justice include: ‘identity politics’, ‘Cisgender’, ‘cultural appropriation’, ‘microaggression’, ‘intersectionality’ and ‘white privilege’.

The prevalence of PC language and expression is so widespread that universities around Australia now have Diversity Toolkits and Inclusivity Guidelines which tell academics and students they should describe the arrival of the First Fleet as an ‘invasion’ and that it is wrong to call pre-European Aboriginal culture as ‘primitive’.

Whereas Western science and technology have put men on the moon and are responsible for the industrial and digital revolutions, and Western medicine is responsible for penicillin and open heart surgery, the Australian national curriculum puts Western science and medicine on the same footing as indigenous. Schools are told that ‘indigenous history, culture, knowledge and understanding can be incorporated into teaching core scientific concepts’ and those who disagree are condemned by one indigenous activist as promoting a ‘racist diatribe’ that ignores indigenous peoples who ‘lived here before Western enlightenment arrived and started raping and killing them’.

As I detail in A Politically Correct Dictionary and Guide, there are 100s of ‘woke’ words and expressions in use in everyday conversations and in the media and public debate.  Language is no longer neutral or about being rational and logical; instead it is used to promote a cultural Left mindset to indoctrinate how people communicate and relate to one another.

At birth, babies are no longer described as girls or boys.  Instead of being biologically determined, babies are now ‘assigned’ a particular gender on the basis traditional binary categories are restrictive social constructs imposed on unsuspecting babies by a ‘heteronormative’ society.

Those women and men happy with their birth sex are now described as ‘Ciswomen’ and ‘Cismen’ and are guilty of ‘Cisnormativity’.  The Monash University’s ‘Inclusive Teaching Toolkit’ describes this as assuming ‘that everyone is cisgender and that all people will continue to identify with the gender they were assigned at birth’. And it’s no wonder those who are ‘woke’ prefer almond or soy milk with their free trade, organic, decaf coffee as, according to the People for the Ethical Treatment of Animals (PETA),  ‘dairy milk has long been a symbol used by white supremacists’.

And to make matters even more difficult politically correct activists argue even if you do not intend to offend you can be accused of ‘unconscious bias’.  Defined by the Australian Public Service Commission as unintentionally causing offence by stereotyping marginalised individuals and groups, defending the status quo and exhibiting confirmation bias.

As highlighted in George Orwell’s 1984, controlling language is a key strategy of totalitarian regimes to manipulate people and enforce groupthink. In Orwell’s dystopian novel what is described as New­speak leads to a situation where “thoughtcrime” is impossible as “there will be no words in which to express it”. The slogan “War is Peace, Freedom is Slavery, Ignorance is Strength” best illustrates how Big Brother subjugates citizens by radically altering the meaning of words and, as a result, controlling their ability to think rationally and independently

The year Orwell nominated passed 36 years ago. But now we’re catching up.

Dr Kevin Donnelly is a Senior Research Fellow at the Australian Catholic University and author of A Politically Correct Dictionary and Guide (available at kevindonnelly.com.au).

The Future Flood of COVID Furphies

Of Entitlements And Con Jobs