My Preferred Racial Identity Pines for the Fjords 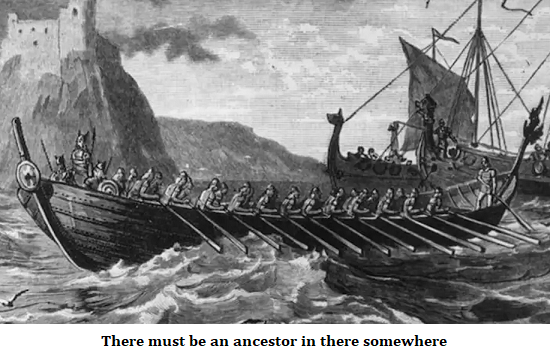 I don’t get (or didn’t before becoming enlightened – see below) why people who have blackness in their genealogical past cling on to it the way that they seem to. The fact that the first black American president is half white is effectively redacted or buried as a footnote. Many claiming to be African-America have very little colour to speak of. Many who claim to be Aboriginal don’t look at all like the chap on the $2 coin. Inter-racial sexual activity has had its way and, left long enough, any racially disparate groups of people will gradually merge, as it were, into one, broadly speaking.

Undoubtedly many Aboriginal people were dispossessed. But most people now claiming to be Aboriginal have more of the descendants of dispossessors in them than they have the dispossessed. I’m not sure where this leaves them. This isn’t a racist thing to say, by the way. It is simply a factual reflection of the outcome of unfolding sexual selection.

It’s understandable, I suppose, that people cling to their past. I am English-Australian, to use an American device. But, missing a generation to be absolutely certain, my grandchildren will not call themselves anything but Australians. If one of my grandchildren were to marry someone who identified as an Aboriginal, but with mostly white forebears, would their children identify as Aboriginal? What about my side of the family? What about the fact that my great grandchildren would be ninety-five percent or more white?

Alright, hold on. This is the way I used to feel heretofore, before I drank the Kool-Aid. But I’ve had a change of heart. Seen the light. Romanticism has supplanted rationality. And I’m very happy with it. To explain.

I haven’t actually checked my own genealogy. I tried to once. Put my Christian names in their order that they are in use and on every document except my birth certificate which has them the other way around. The system remembers my mistake and won’t let me correct it. Computer says no. Need to get a new email and sign back in with that. Haven’t bothered.

But if I did, I am now sure I would find some Viking blood. After all they are reputed to have been lusty lads and managed to get to most corners of England. Mind you, whether the records would show anything is conjectural. Lots of bastardy was hidden. In any event, I am sure of who I am. I insist on it.

Self-identifying as a Viking – Frode the Wise appeals – puts me at risk of persecution at the hands of those identifying as descendants of the victims of Vikings. I suspect too that the LGBTQ community would not in the day have been well regarded by Vikings and may therefore have it in for me even now. None of this daunts. Vikings and valour go together.

Viking helmets are fetching and widely available. Plastic ones as well as metal ones. I believe if I were to buy one, and still more wear one, it would cement my new identity. Who could doubt me? I have blue eyes. Surely a clincher. And, to boot, I occasionally use one of the rowing machines at my gym which is surely a subliminal re-enactment of the activities of my sea-faring ancestors.

If I were ever to win a parliamentary seat (in my self-aggrandised dreams) I would stride into the House proudly, horned helmet atop. Of course, that wouldn’t be possible in the federal parliament where my Viking heritage (OK, English if you want to be a pettifogger) would rule me out. Unless, that is, I renounced it. Impossible! As us Vikings say: “Burin einn Vikingr ávalt einn Vikingr.” (For non- Vikings: Born a Viking always a Viking.)

I imagine Bruce Pascoe thinks as I do now. Looking as he does, with his shock of white hair, flowing beard and rather rough-hewn features, who can question his heritage? Only the same kind of doubting Thomases who would look bewildered if I were to stride past all blue-eyed and helmeted. Damnable anti-Norse racists.

The Curious, Costly Cult of Keynes