Dumbing Down the ‘Smart Country’ 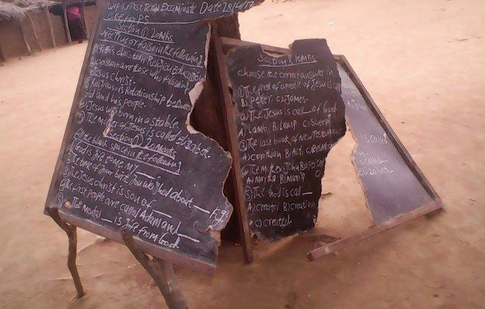 Another federal election and the passing of former Australian Prime Minister Bob Hawke have revived debate about what might be called the good, the bad and the ugly of policymaking. In relation to education, there is reason to think that, as the French saying goes, ‘plus ça change, plus c’est la même chose’ (the more things change, the more they stay the same).

It is almost three decades since Hawke conceived a slogan for the 1990 election that would change Australians’ perceptions of themselves and their country forever. Hawke boldly argued that Australia should shift its thinking from the ‘lucky country’ to the ‘clever country’. Success, he and others claimed, would depend on developing the skills and capabilities of the Australian people in order to confront the challenges of a rapidly changing world, including in technology.

Evoking similar themes, writer and social critic Donald Horne is best remembered for The Lucky Country, a snapshot of 1960s Australia. Horne wryly said the book’s title was a ‘descriptive phrase, condemning Australia for what it was, whereas the clever country is a prescriptive phrase, suggesting to Australia what it might become.’ His work was prescient, calling for active engagement with the Asian region and a conscious departure from a narrow, colonial mindset (particularly in economics and business) as part of building an independent, self-confident, innovative Australia. Hawke’s rhetoric of cleverness stirred debate about the value of an educated population for the Australian economy. International voices promoted greater investment in education on the basis of benefits for individuals and wider society. However, as with the preceding Fraser government, policies relating to national savings and investment made few connections between the education of Australia’s youngest citizens and stronger national competitiveness.

Hawke’s Labor Party and Fraser’s Liberal government both argued for funding restraints, reflecting American econometric research and an instrumentalist view of education. That worldview places education apart from other forms of economic enterprise, claiming it can function equally well with fewer resources.

Kevin Donnelly: Tips for Teachers Who Can Count to 10

In 1986, Western Australian academic Don Smart and fellow researchers described education policy under the Hawke government as a ‘crude nexus … between educational spending and productive employment, a view which excludes any concern for the social benefits of education or a longer‐term perspective about the value of intellectual endeavour.’  Three decades later, the Coalition government’s 2015 Intergenerational Report, Australia in 2055 stated that ‘Australia’s education’s system is crucial to improving our productivity and harnessing the opportunities of the future.’

As Australian taxpayers know, and the United Nations Organisation for Economic Cooperation and Development (OECD) confirms, national investment in school education has risen significantly in recent years. Recent OECD reports stress that increased expenditure is no guarantee of improvement in student performance. In a 2013 study, American researchers Paul Peterson and Eric Hanushek found that ‘increments in spending per pupil between 1990 and 2010 show no correlation with changes in student performance’. High-income countries like Australia, the OECD suggests, need to focus on how funds are spent, rather than how much is spent. The David Gonski-led 2018 Review to Achieve Educational Excellence in Australian Schools revealed that this is ‘borne out in Australia, where total government funding for schools has doubled since 1988, yet Australian students’ performance in national and international assessments has declined in real and relative terms.’ Worryingly for a nation that, particularly under Bob Hawke, has prided itself on a ‘fair go’ for everyone, students’ results indicate that Australia is one of the few OECD member countries where the inequality gap between the highest and lowest performers is widening.

So what will give parents, teachers and employers any confidence that things will improve? In 2015, the OECD launched the Future of Education and Skills 2030 project, to which Australia is a paying contributor. This work is driving policymakers worldwide to rethink teaching and learning according to the rhetoric of 21st century skills. It is fair to say that decisions are being made based on speculation and wishful thinking. There is little agreement regarding the nature of these skills and even less on how to measure students’ progress from basic to complex levels of competence.

Unfortunately and unhelpfully, educational debate frequently centres around ‘knowledge’ versus ‘skills’. The Washington-based Brookings Institution, like many others working in this field, acknowledges the challenges of ‘the introduction of new learning domains … that are characterised by transferable skills and competencies’. Brookings’ 2018 Education system alignment for 21st century skills: Focus on assessment says ‘the 21st century has introduced new imperatives into education practices, stimulated by increasing concern about global inequities and lack of fairness.’ How will these 21st century imperatives affect the direction of education in Australia? Can they make Australian students clever?

Local policymakers, educators and other stakeholders have taken up the 21st century skills agenda with gusto. For example, the Gonski Review’s ‘integrated package’ of 23 recommendations ‘will transform Australian school education’ and ‘prepare current and future generations of school students to succeed in life and 21st century careers.’ A key aspect of the package is to redesign the Australian Curriculum as a series of learning progressions that raise the status of the ‘general capabilities’ (with literacy and numeracy as priorities) within subject areas. These are to be accompanied by online assessment tools. Taxpayers are now funding work on both of these, neither of which has a solid evidence base to support its introduction.

According to ACARA’s CEO, the Australian Curriculum is ‘vitally important’ in improving Australia’s position on international rankings. Its three-dimensional design is distinctive for the focus on knowledge and skills and the accompanying requirement for schools to teach seven general capabilities. In addition to literacy and numeracy, these are personal and social capability; critical and creative thinking; ethical understanding; intercultural understanding; and information and communication technology capability. A major barrier to the effective take-up and teaching of these capabilities has been the lack of explicit guidance in the Australian Curriculum. Pedagogy, like most other practical aspects of teaching and learning, is the responsibility of states and territories. And it gets even more complicated. A recent NSW Department of Education research paper, authored by US cognitive scientist Daniel Willingham, cautions Australian policy makers and education systems to reconsider the Gonski Review’s recommendation to increase the exposure of general capabilities in the national curriculum. He discounts efforts to teach students general critical thinking skills, claiming evidence of ‘limited success’. Willingham’s research confirmed that students must have a good knowledge of academic disciplines in order to have something to think critically about.

Policymakers also place an increasing emphasis on accountability and evidence of improved ‘outcomes’. The new god is ‘data’; all we need to do is collect and analyse enough statistics from enough sources, lay them at the education altar, and the answers will appear. In the era of the 21st century learning agenda, this fixation on data is likely to be accompanied by the adoption of educational experiments that will be dropped over the top of Australian schooling to add to the bureaucratic and administrative layers already in place. This will do nothing to reduce teachers’ frustration at the pedagogical uncertainty caused by the constant adoption of fads. It will, however, add to the requirement for expensive professional development.

The ‘naive credentialism’ of the Hawke government, reflected in policy reforms that rebadged colleges of advanced education as universities, may also have worked against the move to a clever country. As academic expectations have become more varied, generations of teachers have earned the reputation of ‘Jack of all trades, master of none’. In part because of the uncapping of university places, teacher training programs have been compromised by lowering of entrance requirements, and this compares poorly with the rigorous standards demanded of pre-service teachers in high-performing countries. Too few teachers graduate with specialist qualifications in languages, history, mathematics and the sciences. And when they enter the classroom as professionals, their reality is that Australia has no nationally agreed national standards and assessment practices in core subjects and skills at any level, which should be of particular concern for those wanting to understand the expectations of students transitioning from primary to secondary school and those leaving school for the next stage of life.

Critically, the inconsistent implementation of the Australian Curriculum across the nation also works against improvements in student outcomes.

Employers and tertiary institutions are concerned about the literacy and numeracy skills of school leavers. Enrolments in senior secondary mathematics, science, history and languages, in particular, are low and falling. Many of these issues are in direct contrast to the characteristics of the high-performing systems with which Australian students now compete.

Aspiring to be the clever country requires sophisticated consideration and clarification of education in the unique Australian context. Actually educating a clever country demands a long-term commitment to intellectual endeavour that utilises local knowledge, expertise and innovation to address deficits and seize opportunities.

The Left’s Unholy Alliance with Islam