A Shrunken and Untied Windsor Knot of Royals? 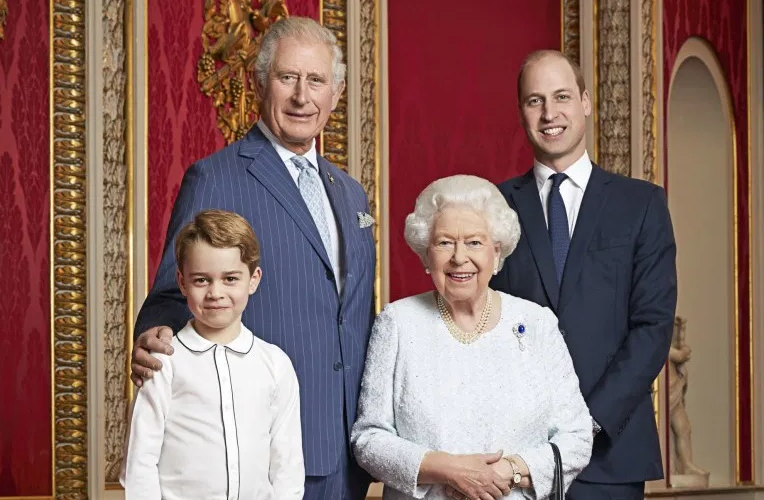 As the New Year dawned, the future of the House of Windsor looked so assured. This was captured in the image, released by the Palace, of the Sovereign and her three heirs – quietly, confidently looking not just towards the Queen’s Platinum Jubilee in  2022 but, into the fourth generation, George, well into the 21st century. As The Spectator’s Patrick O’Flynn has written, this photograph conveys a powerful story, “Charles seems a much less tortured soul than he did as a younger man and is clearly ready for the top job. William and Kate are a magnificent success. They have dealt with the demands of their positions with almost faultless grace and maturity.”

But then, last week’s bombshell. While the saucy tabloids on both sides of the Atlantic (Yes, Duchess, the US does have them) have dubbed it ‘Megzit’, one commentator, wanting to see the blame shared, has called it ‘Sussexit’. In any case, one hopes they make a success of it. But the real issue that springs from this stepping back is, for any concerned monarchist: ‘Who among the Windsors will fill the gap?’

‘The Firm’ had – until November – consisted of only fifteen members – one Majesty and fourteen Royal Highnesses: the Queen, her four children and two of their wives, both of the Prince of Wales’s sons and their wives, three of the Queen’s cousins and one cousin, the Duke of Gloucester’s wife.

The Prince of Wales’s wish for a slimmed-down monarchy becomes all too real. In fact, it is now looking rather anorexic. The Queen is in her ninety-fourth year. And, although she looks as if she may well reign into her second century, Her Majesty’s cousins, the Duke of Kent and his sister, Alexandra, are in their 80s while the Duke and Duchess of Gloucester are in their mid-70s. The Prince of Wales, the Duchess of Cornwall and the Princess Royal are only a little younger. The Earl and Countess of Wessex, in their mid-fifties, fortunately straddle the generations. But over the next decade, as the Queen and her cousins retire (or worse), who will meet those mayors, visit those council houses, breweries, factories, schools and lighthouses, open those hospitals, bridges and fetes worse than death?

Population control has had its downside. To think that George III and Queen Charlotte produced thirteen grown princes and princesses to share the burden at the end of the eighteenth century. Victoria and Albert produced four princes and five princesses to help out in the second half of the nineteenth. By the reign of George V, it was felt that the number of Highnesses should be limited, so that the title of Prince or Princess would only descend to the children of a Sovereign’s son. Thus, Princess Alexandra and Prince Michael of Kent but no Princess Zara or Prince Peter. 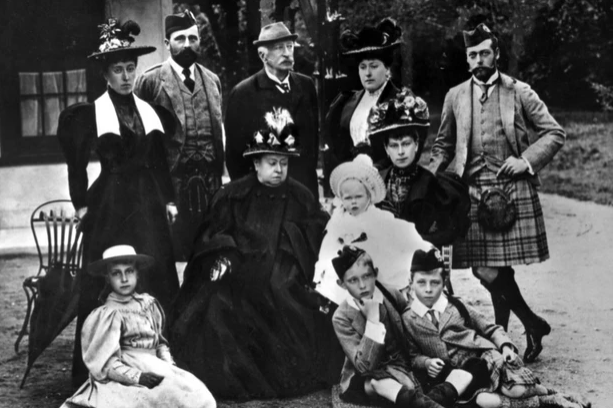 Victoria with the products and descendants of the royal womb.

With the ‘stepping back’ of Edward VIII in 1936, and the accession of George VI and his Queen Elizabeth, they and their two daughters evoked the image and idea of a more cosy Royal Family (‘We Four’ as the King put it). By the end of his reign in 1952, there were about nine more-or-less active royals — across some three generations — from Queen Mary to Princess Elizabeth.

Perhaps the number of patronages and engagements expand and retract to match the capacity of the HRHs? Currently, some 3,000 organisations list a member of the Royal Family as patron or president.

For four decades, Tim O’Donovan, a retired insurance broker, has conscientiously counted every official engagement undertaken by the 15 members of The Firm. At first, the family was appalled at this forensic exercise and, as they do, the Dean of Windsor, no less, was dispatched, to remonstrate with the well-meaning accountant. He eventually convinced the Queen’s Private Secretary, Sir William Heseltine. (When the Palace conducted an audit themselves a few years ago they found O’Donovan’s stats were faultless.) In 2019, the Family undertook 3,567 engagements. The Prince of Wales topped the chart with 521 engagements, exceeding his sister, Anne, the Princess Royal, habitually the Royal league table winner. Prince Charles’s total was only about 90 less than the total number of engagements undertaken by all four of the third generation, William, Kate, Harry and Meghan. Even the 93-year-old Queen’s 2019 total (295) exceeded William’s by 75.

The sin-binning of Andrew, Duke of York has of course, exacerbated the crisis. The loss of a fifth of the family in a matter of two months, may seem, at first glance, catastrophic. But looking at the commitments of the two second sons, Andrew (274) and Harry (201); they are still less than either Charles or Anne’s annual efforts. Even Camilla, Duchess of Cornwall, whom a friend once only half-jokingly described (admittedly before her remarriage) as ‘the laziest woman in Britain’, managed to clock up, with little fuss, considerable warmth, and good humour, 224 engagements. The Duchess of Sussex’s 83 engagements in 2019 were, understandably, negligible given her pregnancy and the birth of Archie Mountbatten-Windsor.

So how can those 558 engagements be made up in 2020 and the decades ahead?

Of course, if the discussions with the family of a royal role for the Sussexes can settle on them continuing some duties, this will address the shortfall, but their apparent concern about flying and their carbon footprint may curtail too many transatlantic crossings. (The Duchess chose to endure two such crossings in the course of three days last week; while Master Archie, for his age, must have been the cause of more carbon emissions than any other royal in history). While Governor-General of Canada might be de trop but one option could be to appoint him Lieutenant-Governor of British Columbia; after all, great-grand Uncle David, the Duke of Windsor, managed well enough as Governor of the Bahamas (although his American Duchess referred to their five years in paradise as ‘our Elba’) And, ever mindful of those emissions, they could tour their province by state coach and barge.”.

One possible solution may be to draft the York princesses, Beatrice and Eugenie, to fill the gulf left by their father. The Duke of York has long advocated that as Princesses of the Blood, his daughters have an inherent right to be working royals. But surely the dimness and droit de seigneur of their father and the blunders and brashness of their mother must disqualify these otherwise sweet young women from the official register.

The obvious solution is to ask the Duke and Duchess of Cambridge, the next Prince and Princess of Wales, to increase their official load. They have, by any measure, performed with dignity, grace and charm. Their obligations as parents are, to them, paramount and, for the survival of the monarchy into the second half of this century, the time and care spent with the future King George VII, his sister and brother, is well worth spending. Some years ago, the Duke was being labelled him ‘William The Work-shy’.  In 2017 he undertook 171 engagements, even though he was also engaged full-time in air rescue for the first half of the year. Yet throughout 2019, he had a modest 220 engagements — fewer than his septuagenarian step-mother (Catherine’s count was 161). Surely both could come close to doubling their appearances in 2020 without irreparable harm to their little Highnesses.

The third solution is simply for the Windsors to do less. In quoting Mr O’Donovan’s figures, the so-called bicycling monarchies of Scandinavia, Belgium and Holland make do with no more than two or three couples in each of their kingdoms – the sovereign and consort, the heir and spouse – and manage to do so with dignity and good humour, retaining the admiration and affection of their subjects.

So, the situation is really not so dire. Over the next decade, abdication should be out of the question and a regency rejected; but under the stewardship of a more focussed, less tortured, more self-possessed Prince of Wales, Britannia will navigate the choppy waters. As Andrew, Harry and Meghan get on their bikes and cycle into the night, the Queen can, with help from her kin, continue to shine and, in time, her son will reign.

Mark McGinness, an Australian living in the United Arab Emirates, is a regular contributor. He wrote on the late Des Sturgess QC in the July-August issue

Dearth of a Salesman