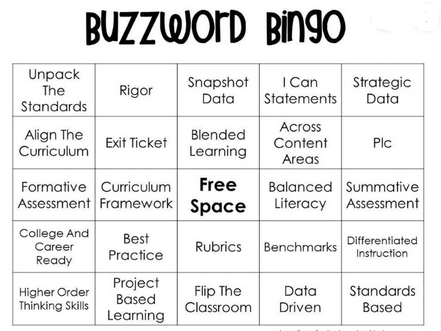 You can forget the Australian Education Union’s claim that the best way to raise standards and improve results is to invest more in education.  They would say that, wouldn’t they — despite the just-released  OECD Education at a Glance 2019 report which ranks Australian primary and secondary school teachers among the best paid across the OECD countries.  School principals’ salaries are also among the highest.

Add the fact that literacy and numeracy results as measured by NAPLAN and international tests have flat-lined or gone backwards notwithstanding primary schools receiving $30.4 billion and secondary schools $30.8 billion, with investment increasing 15 per cent from 2006 to 2016, and it’s obvious the solution is not more money.

Those in charge must be held accountable.  Given their dismal performance, if those responsible for Australia’s school education system managed a business or corporation it would be bankrupt and they likely to be hauled before the ACCC for misleading advertising and causing substantial detriment. So dismal has been the performance there would be grounds for a royal commission.

The following outlines a 10-point plan about what must be done.

(1) It’s no longer acceptable to have education policy directed by self-proclaimed experts and carpetbaggers.  Too many supposed ‘experts’ commenting on education and advising education departments have never taught in schools, have no educational qualifications and have never published in peer-reviewed journals.

(2) Instead of being insular and myopic it’s time to look overseas at those stronger performing education systems in Singapore, Hong Kong, South Korea, Finland, Ireland and Kazakhstan that consistently achieve stronger results compared to Australia.

Research undertaken by Ludger Woessmann and Eric Hanushek show that countries ranked highest in international tests have a rigorous, academically based curriculum, regular testing with consequences for failure, disciplined and orderly classrooms, teaching practice based on what is most effective and a school environment that sets high expectations.

(3) Not all that occurs overseas can easily be transposed to Australian schools, so it is vital to also look at top-performing local schools.  Catholic and independent schools, for example, consistently outperform government schools even after adjusting for the influence of home background.

Central to the success of non-government schools is that they have a greater degree of freedom over staffing, budget and curriculum focus compared to government schools.  Non-government schools are also pressured to respond to the market to ensure they meet parent and community demands.  One way to strengthen market forces is to introduce school vouchers, as has happened overseas.

(4) Freeing schools from “provider capture”, where unions such as the NSW Teachers Federation, education bureaucrats and like-minded subject associations act as a cartel to the detriment of schools and classroom teachers.

Proven by the growth of charter schools in America and India, free schools and academies in England and Partnership Schools in New Zealand it’s clear that flexibility and autonomy at the local level is increasingly seen as a way to empower local communities and ensure a commitment to strengthen and improve outcomes.

(5) That Australian schools must be freed from providers capture is clear, given the report Principal Autonomy Research Project carried out by Melbourne-based academic Brain Caldwell.  The report concludes Australia’s school education system is overly centralised and bureaucratic, with schools have to answer to two levels of government.

While a certain amount of accountability is required, schools currently have to comply with a plethora of regulations and restrictions that have turned teachers into bean counters by promoting a check list mentality that drains energy and time from actually teaching.

(6) Proven by submissions to the 2014 review of the national curriculum I co-chaired, it’s obvious that the curriculum is overloaded, superficial and lacking in academic rigour.  Especially in primary school the curriculum is a ‘mile wide and an inch deep’ and there is little time to focus on the ‘basics’ and essential knowledge, understanding a skills.

The curriculum is also designed through a politically correct prism where an excessive amount of time and resources are spent on Aboriginal and Torres Strait Islander studies, sustainability and the environment and Asia to the detriment of Western culture and civilisation.

As a result generations of students have left school without any familiarity with what Matthew Arnold terms “the best that has been thought and said” and what the Victorian Blackburn report describes as “our best validated knowledge and artistic achievements”.

(7) Closely linked to Australia’s dumbed down and superficial curriculum is an approach to teaching practice based on conjecture and New Age fads like “lifelong learning“, progression points (watch the video below) and personalised learning involving negotiated, collaborative goal-setting.

Such an approach, in addition to lacking any proven research base and having failed elsewhere, overwhelms teachers by drowning them in busy work and an overly complicated and time-consuming inflexible regime.  As a result it should not surprise up to 30 per cent of beginning teachers are uncertain about committing to the profession.

(8) Based on recent research related to cognitive psychology and how children best learn it’s clear, especially during the early primary years and when students encounter new activities and challenges, that memorisation and rote learning are critical.

Without what is termed ‘automaticity’ learning becomes onerous and cumbersome. It’s clear one of the central reasons explaining Australia’s dismal performance internationally is that teachers have long since been told to jettison such tried and true methods.

(9) Since teacher colleges were abolished as a result of the  Dawkins’ reforms during the Hawke government, teacher training is now the responsibility of university education faculties.  As a result it’s not unusual for academics never to have taught in schools and for teacher training courses to be overly theoretical and abstract.

Trainee teachers should be like apprentices where they spend more time in schools, are mentored by practising teachers and where educational theory is based on the actualities and challenges of the classroom and the school environment.

(10) Central to strengthening educational outcomes and ensuring that students receive a balanced, enriching and fulfilling education is the realisation there are no magic bullets and that policy based on fads and political expediency is a proven failure.   What is needed is a  root and branch renewal based on sound evidence, proven practice and an ability to take a medium- to long-term view.