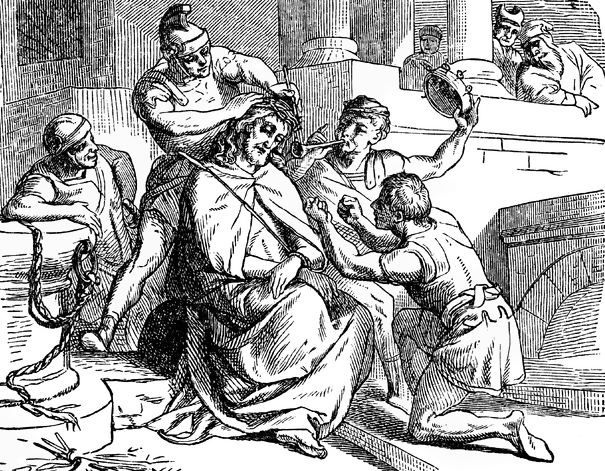 It is slowly dawning on some Labor voters that Australians with a traditional Christian worldview have been feeling somewhat targeted. Entirely unremarkable beliefs consistent with the last few millennia of Christian doctrine have somehow become as repulsive as racism. Instead of debating our ideas, self-described ‘progressives’ attribute a diagnosis of phobia, that pathological mental disorder.

Labor frontbencher Chris Bowen has now belled the cat, warning that religious Australians believe the ALP has abandoned them. “I have noticed as I have been around during the election campaign, and even in the days since, how often it has been raised with me that people of faith no longer feel that ‘progressive’ politics cares about them,” he observed.

The fact is that being authentically Christian (as opposed to the humanistic distortions some people-pleasers offer) is commonly regarded by the Left as a character deficiency. Orthodox doctrines such as the Bible’s definition of marriage and the binary nature of gender were described by Kevin Rudd in 2013 as “antediluvian”. He meant that, because they’re really old, those views are outdated and entitle enlightened folk to patronise Christians at best, deride and harass the at worst for clinging to such aged and unfashionable concepts.

When Senator Cory Bernardi interrupted Bill Shorten talking about the gender theory-indoctrinating program cynically named ‘Safe Schools’ in 2016, Shorten snarled back, “At least I’m not a homophobe.” Every Christian who believes what Genesis and Jesus say about marriage and gender felt those words were directed at them personally.

Despite the fact that not one single student has ever been expelled for their sexual orientation, Labor has led a campaign to curb religious freedom by removing the right of Christian schools, unique by virtue of their teaching on exactly these conscience issues, to prefer hiring Christian staff. This war is being waged under the guise of protecting students from a problem for which there is no evidence of its existence. It’s real objective is to silence a code of belief that refuses to genuflect before its own.

This direct assault on freedom of religion by “progressive politics” is the Labor-Green response to the review of freedom of religion in the wake of — pardon my neologism — the “undefinition” of marriage. Instead of listening to the concerns of those religious Australians which Chris Bowen too late observes “believe the ALP has abandoned,” they aggressively sought to constrain religious freedom in a campaign that was led most notably by Senator Penny Wong.

Every single, eminently sensible amendment to the novel marriage legislation that sought to mitigate its corrosive effects on religious freedom was unanimously rejected by the ALP and Greens. Every reasonable person gets the message loud and clear that constitutionally and internationally established freedoms of religion, speech, association and political expression are now subordinate to claimed rights of freedom from debate.

Israel Folau quoting scripture, and every conservative Christian in the nation with him, is literally blamed for contributing to what is said to be the disproportionate suicide rate among people experiencing gender and sexual confusion. This appalling insult has absolutely no provable basis in fact.

Now look at the proliferation of salty comments from elite ‘progressives’ bemoaning the intellectual and character deficiencies of all Australians who didn’t vote as they did. This is yet another manifestation and outgrowth of grievance politics: dividing society into identity groups, some sainted by their victimhood, others damned for their purported intolerance and lust to oppress.

Or take as another example the sinecured human-rights commissars spruiking for complaints and, as Tim Blair reports in his latest Quadrant column, finding such evidence only in their  evidence-free preconceptions. The bureaucracy they inhabit thrives on a divided society; it withers when a liberal, pluralistic society engages in debate, even at the risk of ruffled feelings. The Labor Party has sought to exploit these differences and expand division by making unapproved opinions progressively illegal. Christians, unfashionable on the Left except for the Rev Rod Bower variety (one of whose Gosford church signs is reproduced below), have historically been stubbornly resilient to authoritarian regimes demanding conformity of belief. Indeed, countless martyrs have preferred death to denial of their faith. 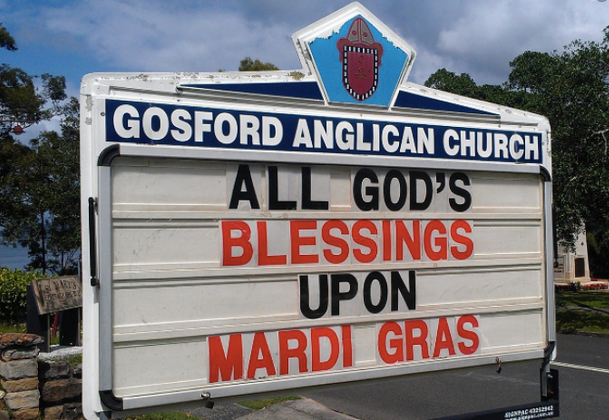 Labor should finally make an effort to understand this, although chances are its conception of “acceptable” Christianity won’t extend beyond hip-dude divines decorating their churches with Rainbow Serpent imagery and the like. What will be beyond their ken is that ‘progressive’ politics is the antithesis of eternal Truth. It not only doesn’t care about religious convictions, it actively seeks to steamroller them. ‘Progress’, such as publicly-funded meddling with children’s sexuality, demands the destruction of all obstacles. They call this ‘tolerance’ but it is nothing of the kind. Where Christianity extends forgiveness, charity and the opportunity for redemption, the Left damns all who dare to dissent from their own creed.

“People of faith no longer feel that ‘progressive’ politics cares about them,” says Mr Bowen, stumbling on the blindingly obvious. Yet don’t expect Labor and the broader Left to change. The arc of ambition in ‘progressive’ politics has an inevitable conclusion. Its tyranny may ebb and flow, but logical consistency demands it wage a war of attrition against all that is ‘antediluvian’.

China, Dutton and the Common Destiny of Mankind

Little to Mourn, Much to Fear

Our trite and tawdry political class