Gay Teens and the ‘Suicide’ Meme 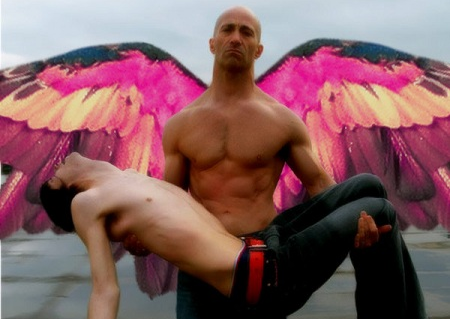 Some voices in the leftist media — The Guardian, for instance — are claiming the primary reason Israel Folau needs to silenced and sacked by Rugby Australia is that his words are causing LGBTIQ kids to commit suicide. For instance, former NRL star and the first openly gay footballer, Ian Roberts, was quoted in The Sydney Morning Herald as saying:

I don’t say this lightly and what I’m about to say, the language I use is hard and it’s for a point, it’s to get that message across. There are literally kids in the suburbs killing themselves. I say that with the greatest sense of respect and I’m not implying that Israel is responsible solely for that – please don’t take it that way – but it’s these types of comments and these types of off-the-cuff remarks when you have young people and vulnerable people … who are dealing with their sexuality, confused, not knowing how to deal with it.

Before offering a response, let me be clear: one youth suicide is too many. There is no excuse for violence or inciting hatred, no matter their sexuality, race or religion. However, we should consider whether Roberts’ inflammatory words might cause more unintended harm than Folau’s. Melinda Selmys — who describes herself as a “former lesbian” — warns in her book, Sexual Authenticity:

I am exceedingly wary of attempts to put the onus for gay suicide on “heterosexist” culture. It is not in the interest of any teenager – gay, straight, transsexual, or non-sexually identifying – to be told that suicide is a natural reaction to their reality. I have struggled with depression and suicidal temptations since youth; the removal of moral culpability has never been a help and a comfort when I am working through feelings of inadequacy and self-hatred. On the contrary, the only thing that kept me from taking my own life was a feeling that I was profoundly culpable, that I was responsible to people who would suffer for my decisions. To be able to say, ‘It’s not my fault, I had no choice, too much was expected of me, society made me do it’ has only ever helped make it easier to entertain thoughts of self-annihilation.

Tiffany Jones, who is one of the authors of Writing Themselves In 3—a resource of The Safe Schools Coalition—has warned that the line of reasoning used by Roberts might be contributing to youth suicide rather than actually preventing it. Dr David van Gend, in his best-selling book, Stealing from a Child (Connor Court, 2016) quotes Jones as saying:

This is a crucial point. Because as van Gend—who is a medical practitioner—explains:

There is a real risk in continually telling young LGBTQ people they are victims of society’s homophobia and expecting them to be depressed and suicidal… Nobody denies that same-sex attracted people suffer disproportionately from depression and emotional distress, but never once, in my experience as a GP, has a patient’s depression or distress been due to the “bigoted opinions” of straight society. It has always been due to something private and personal… There are as many causes of inner distress as there are individuals. It infantilises same-sex attracted individuals if we treat them as victims who cannot cope.

However, this is where a real inconsistency comes in.  Because when journalists, such as Peter FitzSimons,  denigrate and disparage especially those who are believers—does anyone raise the charge that this puts the lives of young religious people at risk? And as Associate Professor of law Neil James Foster argues, FitzSimons comments are not just “insulting” but may even be an example of “religious vilification”. For instance, in regards to the Islamic faith, FitzSimons has said:

Islam is as much complete gibberish as the rest of them, and in its case too often used as inspiration for terrorist acts with catastrophic consequences.

But when it comes to Christianity, FitzSimons is even more scathing:

That a cosmic Jewish zombie who is his own father can make you live forever if you symbolically eat his flesh and drink his blood, while telepathically telling him that you can accept him as your master, so that he can remove an evil force from your soul which is present in all humanity because a woman made out of one rib bone and a mound of dirt was tricked into eating fruit from a magical tree by a talking snake.

Now, it is widely acknowledged that Christians are the most persecuted religious group on the planet. In fact, the BBC recently reported that the persecution has reached “genocide” levels. Hence, if anyone needs protection from hate-speech is it not those who are religious? And yet, it is never even countenanced that the lives of young believers might be in danger from the constant atheistic vitriol.

As Will Swanton recently argued in The Australian, Christian rugby players are being “told to shut up”. As Swanton writes:

Young Christians catch wind of the mockery, disgust, disdain and looming unemployment thrown Folau’s way and begin to wonder if Jesus is any more real than the Tooth Fairy and Santa Claus.

If Folau is harming young people coming to grips with their sexuality by consigning them to the naughty corner in the afterlife, what is RA doing to teenage Christians?

But I digress. Let me return to the original social media post made by Folau. Included in the list of behaviours that 1 Corinthians 6:9-10 will incur divine sanction are ‘drunkards’. One of the most significant issues we face as a community is that of underage drinking. The Australian government provides this summary of the problem:

Why is it that no one is objecting that Folau’s social media post is leading young people struggling with substance from taking their own lives? Why is it that the only people on Folau’s list of sinners susceptible to self-harm are homosexuals and not any of the other types of behaviour? Singling out LGBTIQ people only further stigmatises them and continues to perpetuate the narrative that they are especially vulnerable because they are psychologically weak.

This was a common line of argument used by those from the ‘Yes’ campaign who sought to change the definition of marriage. In particular, Greens leader Richard Di Natale argued that the reason why we shouldn’t have a plebiscite was because, “we’ll see young people take their lives”. Further, back in August 2015, Peter van Onselen asked Bruce Billson, Minister for Small Business:

Can you first just explain to me why it is an acceptable thing, the number of young Australians who are homosexual that will commit suicide between now and when the government finally gets its act together to have a plebiscite on this issue?

In his book, Stealing from a Child (Connor Court, 2016) David van Gend writes:

Nobody denies that same-sex attracted people suffer disproportionately from depression and emotional distress, but never once, in my experience as a GP, has a patient’s depression or distress been due to the “bigoted opinions” of straight society. It has always been due to something private and personal: perhaps the trauma of domestic violence from a lesbian partner, or self-disgust at their own compulsive sexual behaviour, or unresolved anger at childhood sexual abuse, or the spiritual grief of holding values that conflict with their unwanted sexual impulses – not to mention the trauma of a diagnosis of HIV or other STD so heavily focused on the male homosexual population. This is what drives their depression and distress, in my experience, not whether or not there are laws out there for gay marriage.

Van Gend also quotes the psychiatrist Dr. Jeffrey Satinover, who writes in his book, Homosexuality and the Politics of Truth (Baker, 1996):

Some of this is in fact, as activists claim, because all-too-often he experiences from others cold lack of sympathy or even open hostility…But it is not true, as activists claim, that these are the only or even the major stresses. Much distress is caused simply by his way of life – for example, the medical consequences, AIDS being just once of many (if also the worst). He also lives with the guilt and shame that he inevitable feels over his compulsive, promiscuous behaviour; and too, over the knowledge that he cannot relate effectively to the opposite sex and is less likely to have a family.

I must say, though, that I found it morally inconsistent that Roberts took it upon himself to censure Folau for endangering others when he used to be known as “The Most Violent Man in Rugby League”—remember what he did to Gary Jack?—as well as having had an AVO issued against himself by a former partner.

But with that said, no one has asked Roberts to prove what he is confidently asserting. I mean, how does he know Folau’s comments are contributing to youth suicide? What proof does he have? In particular, where is the statistical evidence that, “There are literally kids in the suburbs killing themselves”?

According to the homosexual academic, Dr Rob Clover, from the University of Western Australia, “the actual rate of GLBTIQ youth suicide and self-harm is not fully known.” What scientific data does Roberts have then that Clover doesn’t? Or are we to simply #believeallgaymen?

However, wouldn’t it be tragic—as well as more than a little ironic—if the comments made by media apparatchiks such as FitzSimons and Roberts were making the incidence of youth suicide amongst LGBTIQ people even worse? Maybe it’s time we treated LGBTIQ youth with more dignity and respect by—as van Gend insightfully argues—stop ‘infantilising’ them as people. It’s time we re-affirmed as a culture that all young lives matter, whether they’re straight, religious, or gay.

3 thoughts on “Gay Teens and the ‘Suicide’ Meme”

The Unexplored Shame of Victoria Police

Decline and Disgrace at Sydney University