Theodore Dalrymple remains in fine acidulous form with Spoilt Rotten, his anatomy of the madness of much modern social “science” and the social services and doctrines which spring from them. 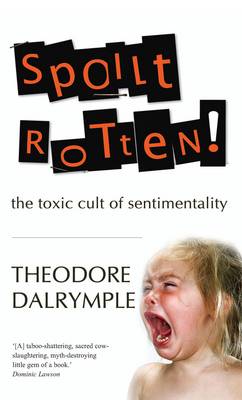 Dalrymple: “… criminologists have long been to crime what Marshal Petain was to Hitler”.

Two recent books about World War II, quite different in subject, appeal to me for the same reason: both their authors neither swallow nor follow the growing orthodox line of  ”nationalist-Leftist” interpretation of Australia’s World War II history.

Meaher’sThe Road to Singapore puts paid to the legend that Australia’s tragedy of the fall of Singapore to the Japanese in 1942 was simply the consequence of a shameful British “betrayal”. And he shows how shockingly – criminally – Australian governments of both sides neglected their responsibilities for our defence in the Pacific.

Phillip Bradley’s To Salamaua brilliantly portrays the very forefront of battle in the freezing, fog-shrouded New Guinea jungle ridges. This long and vital campaign, when we really had the Japanese in retreat, has been lost under the shadow of the multitude of (largely indifferent) books about Kokoda. Bradley writes with the depth of understanding available only to those rare authors who have walked every inch of those grim tracks for themselves.

Death of a terrorist