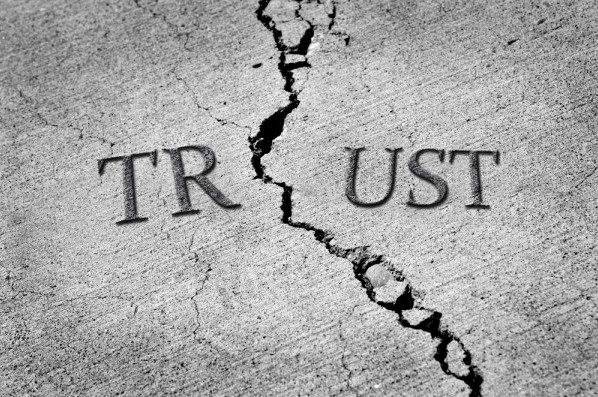 There are doubts and issues aplenty surrounding these COVID vaccines, many fuelled by conflicting and confused messages from politicians.  My basic premise is that we are so often deceived by politicians, bureaucrats and the MSM on almost any contentious topic that it is only natural a person with doubts or questions will resort to the internet.  If the mainstream media, in particular, were doing its job, holding health bureaucrats and politicians to account and providing balanced coverage of these issues, common people would be less sceptical, and genuine disinformation could be weeded out.  People would not feel the need to trawl the the web, where disinformation abounds. The ‘cancelling’ of Craig Kelly and his advocacy of ivermectin is a case in point.

And now we have a significant number of epidemiologists coming out against mandates and vaccine passports, notably the very cautious and measured Dr Peter Collignon. As epidemiology chair at Deakin University, Professor Catherine Bennett, puts it: “Once you get to 90 and 95 (per cent), you have such a small population of unvaccinated people who could contribute to transmission dynamics in a major way. It becomes even lower over summer as more people are exposed. There’s not enough to undermine what we’re trying to achieve or to overload hospitals.”

That struck a chord with me.

Put another way, you will not encounter many unvaccinated people.  Not every unvaccinated person you meet will have the virus.  Most won’t, particularly if you consider that most unvaccinated people are likely to exercise the basic preventative measures (social distancing and hygiene) that largely worked before we had the vaccine.  Granted some unvaccinated may not act ‘responsibly’, but the more they are demonized and ostracized the less likely it is that they will conform.  Surely it would be more effective to allow them to exercise their basic rights as citizens and appeal to their consideration to others.

Your most dangerous encounter with an unvaccinated person will be someone with whom you spend a reasonable amount of time in close proximity.  In which case you will probably know them and know that they are unvaccinated.  You will be able to take whatever precautions you think necessary.  Your least-risky encounter will be a fleeting encounter with a stranger in a shop, pub or restaurant.  If you are particularly concerned in these situations, you also can choose to social distance and pay particular attention to hygiene.  Even wear a mask if you’re that fearful.

If you are vaccinated and you do encounter an unvaccinated person who does have the virus, you have an unknown but low chance of catching it yourself, particularly if you are young and healthy.  And if you do catch it, your vaccinated reaction is likely to be mild.   Particularly if you consider that, on top of the inexpensive ivermectin treatment that has been available all along, there are now a range of newly developed treatments.  (These shiny new medical baubles – one of them from Merck, the inventor of ivermectin – are available at a high price to governments dumb enough to pay for them, rather than conduct clinical trials of existing off-patent treatments as proposed by the Doherty Institute in April 2020.

Probably, there will be more vaccinated people carrying the virus than unvaccinated people.  So, it may well be that, statistically, if you are going to get COVID, it will most likely come from a vaccinated person, even allowing for the fact that they are generally reckoned less likely to transmit it than the unjabbed.

If you choose to remain unvaccinated and you contract the disease and even die, that is your prerogative.   But should you be an outcast from society because you pose an infinitesimal risk of death to someone else?  Chairman Dan has asked ‘why should the unvaccinated benefit from the sacrifice of the vaccinated’ or words to that effect.  This is a bit like presenting white feathers to men in civilian clothes in London in 1917.  Shameful and mindless.

I am not saying people won’t get COVID, and I’m not saying they won’t die.  Life is a lottery.  I suspect a vaccinated person is less likely to die from COVID than to die in a car accident or to die from influenza.  That this has to be spelt out is an indictment of the scare tactics used by governments and bureaucrats and the abject failure of the MSM to do its job.

By the way, I have a piece in The Spectator‘s Flat White blog about vaccine mandates. The comments thread of that article, as they often do, has veered somewhat off topic and discusses, in some detail, the vaccines themselves.  Those comments, particularly those of rosross, are worth reading.