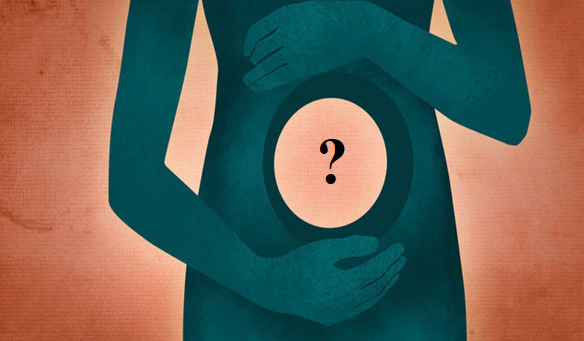 It may interest readers to know that Benjamin Netanyahu got the first jab in Israel on December 19, 2020. That’s exactly nine months ago – the gestational period for a human baby. Pregnant women were not included in vaccine trials (see below). Thus, there is no information from clinical trials on reproductive risks and, by definition, we have no extensive and reliable information on the effect of vaccines on new-born babies and infants. We are flying blind; or at least with blurred vision.

A little caution is warranted you might think? Not a bit of it! This is from the Australian Government’s “COVID-19 vaccination decision guide for people (yes, that’s right, ‘people’, the collective word for men and women) who are pregnant, breastfeeding or planning pregnancy.” It is version 5.1, dated August 19, 2021. Here are the so-described key points:

1/ Pregnant people are a priority group for COVID-19 vaccination and should be routinely offered Comirnaty [Pfizer] at any stage of pregnancy.

2/ Those who are trying to become pregnant do not need to delay vaccination or avoid becoming pregnant after vaccination.

3/ Real-world evidence has shown that Comirnaty is safe for those who are pregnant and breastfeeding.

4/ COVID-19 Vaccine AstraZeneca can be considered for those who are pregnant, breastfeeding or planning pregnancy, if they cannot access Comirnaty and if the benefits of vaccination outweigh the risks for that individual.

5/ Those who are pregnant have a higher risk of severe illness from COVID-19.

6/ Their babies also have a higher risk of being born prematurely.

The “real-world evidence” (# 3 above) relied upon, and I understand in the United States too, is predominantly the preliminary findings of a study published on the website of the New England Journal of Medicine on April 21, 2021, and later in the Journal’s June issue. This is the conclusion (emphasis added):

Preliminary findings did not show obvious safety signals among pregnant persons [even women] who received mRNA Covid-19 vaccines. However, more longitudinal follow-up, including follow-up of large numbers of women vaccinated earlier in pregnancy, is necessary to inform maternal, pregnancy, and infant outcomes.”

It is also noted, apropos my point above, that “Pregnant persons were excluded from pre-authorization clinical trials, and only limited human data on safety during pregnancy were available at the time of authorization.

Subsequently, on September 8, the Journal published a letter on its website questioning the statistical methodology of the ‘preliminary findings’. The authors’ reply, published on the same date, accepted the validity of the criticism; which was pretty fundamental if you read it. But, no doubt after scrambling, the authors reported that further ad hoc research confirmed their conclusions. It seems very likely to me that the story is still unfolding.

At question, will the Government update its ‘COVID-19 decision guide’ in light of the exchange on the very piece of research on which it is mainly relying to tell pregnant women that the vaccine is safe? Maybe some scrambling is going on within the Department of Health.

Pardon me for being cautious but these (provisional and qualified) preliminary findings, which were ill-based at first and had to be retrofitted, seem scant evidence on which to hang the future of the human race. We treat pregnant women carefully. First, out of kindness and consideration, because women are more physically vulnerable during pregnancy. Second, because we know how vital it is to have healthy mothers and babies for our renewal and continued existence.

When I contracted shingles some years ago, I advised my youngest daughter, who was pregnant at the time, not to come around. There was a slim chance of passing on chicken pox. Equally, it is reasonable to be concerned about pregnant women catching COVID. But keeping safe is always a matter of balancing risks and benefits.

The process of balancing risks and benefits is aided by having extensive and reliable information. Experiments with rats (not humans) when it came to reproductive questions, abbreviated clinical trials and a limited track record means that information is scarce and potentially unreliable. And it bears emphasising that we don’t conduct real life experiments on pregnant women. Hence, they were not included in any of the clinical trials.

None of this is to say that pregnant women should not get vaccinated. They should decide that for themselves in consultation with their husbands and doctor and whoever else they care to talk. My point is that the official guidelines paint a picture of the state of knowledge which goes markedly beyond the available evidence. Seemingly, this is part of a headlong rush to have everyone vaccinated. Jab-a-Jab-jab, foetuses be damned. The stricture of ‘do no harm’ appears to have been brushed aside, as have treatments.

It would be nice, would it not, to have a recommended effective and safe therapy available for those who get sick from the virus, including pregnant women who may choose not to be vaccinated or who get sick anyway? Now, 20 months on from the start of the pandemic, there is still no standard treatment. And, as we know, possible treatments have been vilified instead of tested. What’s happening smacks of religion not science.

Here is a quote about the vaccination and revaccination policies from Danny Altmann, professor of immunology at University College London, which I found on the BBC’s website the other day:

Again, it’s like so many other things – you know that expression, we’re trying to build the aeroplane while we fly it, and doing it all as fast as we possibly can.

Out of the mouths of experts. Somehow Professor Altmann’s analogy doesn’t imbue me with confidence; yet, what he says seems only too true.