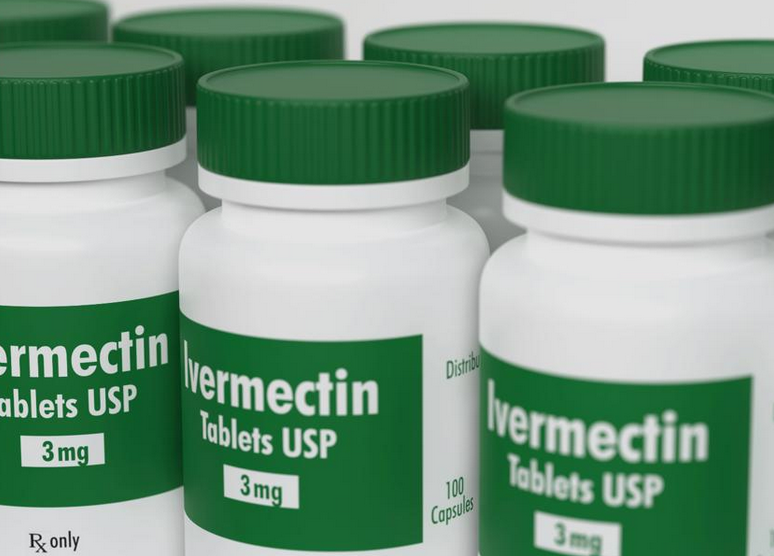 Craig Kelly has been saying this for months, but I thought it was worth a simple summary of the  current situation with regard to the use of Ivermectin to prevent/treat the Wuhan Flu.

There is currently insufficient evidence to support the safe and effective use of ivermectin, doxycycline and zinc (either separately, or in combination) for the prevention or treatment of COVID-19. More robust, well-designed clinical trials are needed before they could be considered an appropriate treatment option.

The National COVID-19 Clinical Evidence Taskforce, consisting of a large group of clinical experts, is continuously updating treatment recommendations based on the best available evidence. They have not made any recommendations for the use of ivermectin, doxycycline or zinc outside of properly conducted clinical trials with appropriate ethical approval.

Furthermore, there is insufficient data to recommend neither for nor against the use of zinc for the prevention or treatment of COVID-19.

The US FDA says (my emphasis):

COVID-19. We’ve been living with it for what sometimes seems like forever. Given the number of deaths that have occurred from the disease, it’s perhaps not surprising that some consumers are looking at unconventional treatments, not approved or authorized by the Food and Drug Administration (FDA).

Though this is understandable, please beware. The FDA’s job is to carefully evaluate the scientific data on a drug to be sure that it is both safe and effective for a particular use, and then to decide whether or not to approve it. Using any treatment for COVID-19 that’s not approved or authorized by the FDA, unless part of a clinical trial, can cause serious harm.

There seems to be a growing interest in a drug called ivermectin to treat humans with COVID-19. Ivermectin is often used in the U.S. to treat or prevent parasites in animals.  The FDA has received multiple reports of patients who have required medical support and been hospitalized after self-medicating with ivermectin intended for horses.

Here’s What You Need to Know about Ivermectin

FDA has not approved ivermectin for use in treating or preventing COVID-19 in humans. Ivermectin tablets are approved at very specific doses for some parasitic worms, and there are topical (on the skin) formulations for head lice and skin conditions like rosacea. Ivermectin is not an anti-viral (a drug for treating viruses).

Taking large doses of this drug is dangerous and can cause serious harm.

If you have a prescription for ivermectin for an FDA-approved use, get it from a legitimate source and take it exactly as prescribed.

Never use medications intended for animals on yourself. Ivermectin preparations for animals are very different from those approved for humans.

What is Ivermectin and How is it Used?

Ivermectin tablets are approved by the FDA to treat people with intestinal strongyloidiasis and onchocerciasis, two conditions caused by parasitic worms. In addition, some topical (on the skin) forms of ivermectin are approved to treat external parasites like head lice and for skin conditions such as rosacea.

Some forms of ivermectin are used in animals to prevent heartworm disease and certain internal and external parasites. It’s important to note that these products are different from the ones for people, and safe when used as prescribed for animals, only.

When Can Taking Ivermectin Be Unsafe?

The FDA has not reviewed data to support use of ivermectin in COVID-19 patients to treat or to prevent COVID-19; however, some initial research is underway. Taking a drug for an unapproved use can be very dangerous. This is true of ivermectin, too.

There’s a lot of misinformation around, and you may have heard that it’s okay to take large doses of ivermectin. That is wrong.

Even the levels of ivermectin for approved uses can interact with other medications, like blood-thinners. You can also overdose on ivermectin, which can cause nausea, vomiting, diarrhea, hypotension (low blood pressure), allergic reactions (itching and hives), dizziness, ataxia (problems with balance), seizures, coma and even death.

For one thing, animal drugs are often highly concentrated because they are used for large animals like horses and cows, which can weigh a lot more than we do—a ton or more. Such high doses can be highly toxic in humans.

Meanwhile, effective ways to limit the spread of COVID-19 continue to be to wear your mask, stay at least 6 feet from others who don’t live with you, wash hands frequently, and avoid crowds.

The above, largely strawman, diatribe is dated May 3, 2021.  Doctors advocating the use of Ivermectin, and those conducting clinical trials (none of which are detailed in either government website), are not suggesting that people should self-medicate, that they should binge on the stuff or that they should take versions designed for horses.

I don’t know how many clinical trials are currently underway (Craig Kelly says many) but the US National Institutes of Health National Library of Medicine has an article detailing the results of a number of successful trials.  The summary of that article is:

To date, the efficacy of ivermectin in COVID-19 has been supported by the following:

Since 2012, multiple in vitro studies have demonstrated that Ivermectin inhibits the replication of many viruses, including influenza, Zika, Dengue, and others.

Ivermectin has potent anti-inflammatory properties with in vitro data demonstrating profound inhibition of both cytokine production and transcription of nuclear factor-κB (NF-κB), the most potent mediator of inflammation.

Ivermectin prevents transmission and development of COVID-19 disease in those exposed to infected patients.

Ivermectin hastens recovery and avoidance of ICU admission and death in hospitalized patients.

The safety, availability, and cost of ivermectin are nearly unparalleled given its low incidence of important drug interactions along with only mild and rare side effects observed in almost 40 years of use and billions of doses administered.

The World Health Organization has long included ivermectin on its “List of Essential Medicines.”

A summary of the statistically significant results from the above controlled trials are as follows:

Controlled trials in the prophylaxis of COVID-19 (8 studies)

Controlled trials in the treatment of COVID-19 (19 studies):

♦Five RCTs with statistically significant impacts in time to recovery or hospital length of stay.

♦One RCT with a large, statistically significant reduction in the rate of deterioration or hospitalization, N = 363.

♦Two RCTs with a statistically significant decrease in viral load, days of anosmia, and cough, N = 85.

In addition to the trials, there are reports of actual widespread clinical usage in India and other parts of the world.

So why do the US and Australian governments continue to ignore what should be very welcome news?  Let me quote Dr Jay Bhattacharya, a Stanford trained economist and physician:

The NIH exists to solve market failure’, however, the agency ‘has made comparatively little effort to catalyze randomized evaluations of off-patent drugs from Covid 19 therapeutics’, but ‘has devoted considerable resources to aid the Covid-19 vaccination randomized trial studies.

Argentinian doctor Hector Carvallo, the lead researcher in one preventive study – a study that resulted in all 788 people who received Ivermectin remaining uninfected, as opposed to 50 per cent of the control group who did – believes that ‘by now half of Argentina is using Ivermectin’.  He says that his team faced pressure from ‘many doctors who worked for the pharmaceutical industry, because this was a very, very cheap treatment’.

That is one reason but, here in Australia, I believe there is another.

We are told that the vaccines will not prevent you from catching or spreading the disease but that they will prevent you from getting seriously ill.  That’s good enough for me but not everyone is convinced.  Government is desperate to get everyone vaccinated, despite the sluggish roll-out and the contrary and conflicting edicts and opinions from chief medical officers.  And this has been exacerbated by “vaccination resistance” engendered by the news of blood clots and mixed messaging from the government. This leaves the government with the choice of forcing people to have a vaccine many don’t want, thus infringing on some very basic human rights, or allowing them to take a chance and refuse the vaccine and be it on their own head.  In the latter case it would be a totalitarian state that denied those people an effective treatment.  The knowledge that an effective treatment was available, would certainly inhibit the purported aim of getting 80 per cent of people vaccinated. To avoid this complication, I suspect the authorities are professional incurious about Ivermectin, which they are content to leave on the back burner.

Back in April 2020, researchers from Monash University’s Biomedicine Discovery Institute (BDI) with the Peter Doherty Institute of Infection and Immunity at Royal Melbourne Hospital recently published the results of a study revealing that Ivermectin, an approved anti-parasitic drug available worldwide, may actually treat against SARS-CoV-2 when applied to an infected cell culture. They also suggested Ivermectin be seriously investigated for possible use in humans.

The announcement that this research would be undertaken in Australia was covered on the Bolt Report.  My impression then was that the research would involve clinical trials on humans, but I may be misremembering.  As far as I’m aware, despite the recommendation from this trial, nothing further has been done in this country in over 12 months.  And one wonders why the research team confined themselves to in vitro research in the first place, which, according to the NIH report above had shown promising results as early as 2012.  Much must already have been known at this level.  This is particularly odd, since the impetus for the trial initially came from representations by Dr Tomas Barody, who had already demonstrated the effectiveness of Ivermectin on human patients.  I smell a large, laboratory rat.

And one final thought.  Now that we have a number of vaccines, principally thanks to President Trump and his Operation Warp Speed, it is much easier for governments to sideline the Ivermectin treatment.  But, given that development of a vaccine for a coronavirus was highly problematical – never having been done before nor in such haste – why was an effective treatment not fast-tracked as well?  In April 2020, we had no guarantee a vaccine would be available by the end of the year and all the pundits were saying it would take at least 18 months.

Furthermore, according to Rebecca Weisser speaking to Alan Jones on Wednesday night, the incidence of adverse reactions to these vaccines – including fatalities – is considerably higher than we have been led to believe.  This, we can safely assume, is because their development was fast-tracked and interim approval for emergency use was given in advance of full clinical trials.  All of which suggests they should only be given to the most-at-risk group.  Which, in turn, adds even more weight to the case for an effective prophylaxis and/or treatment viz ivermectin or hydroxychloroquine.

And now the big question:  How many people died (or will die) that need not have, due to this politicised, mercenary and cavalier approach to public health?  And who will pay?