The Right to Hold a Job Becomes a ‘Benefit’ 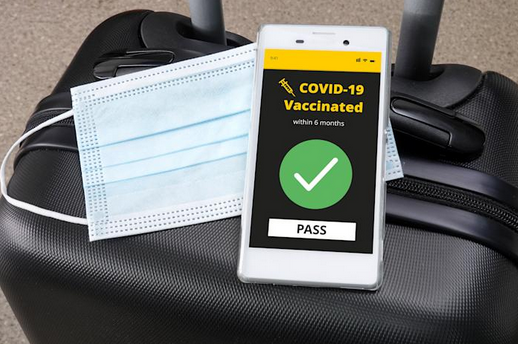 I once wrote an article for Quadrant “Struggling with the Burka.” I used John Stuart Mill’s concept of what liberty looks like to help construct my argument. However much I disliked the burka, defined as the full body, head and face covering, it seemed unsafe to ban it. What people wear in a purely public place, as distinct, say, from the classroom or the courts, is surely a matter for them, I argued.

Babette Francis wrote a pointed letter to Quadrant disagreeing with my conclusion. She suggested that as a man, and as someone who had not lived in an Islamic country, I didn’t understand the position women were put in; being compelled to cover up so egregiously. “The burka is similar to a ball and chain around their ankles when in public – symbolic of imprisonment and servitude,” she wrote.

Her letter was instrumental in me changing my mind. I had got wrapped up in academic niceties. The real Islamic world is not nice. Taken to its limits, as in Afghanistan under the Taliban, it is very nasty indeed. But it’s not hard to find stories of intolerance and women’s oppression in any Islamic country. Islam threatens civilised values.

This piece is about COVID and compulsory vaccinations, not the burka. However, I mention it because both involve tensions between individual rights and the rightful responsibilities owed to society. And, as with the burka, deciding the matter is a struggle between competing arguments with circumstances playing a determining role.

I revised my view on banning the burka. Banning a symbol of women’s oppression on Australian streets trumped individual rights. On compulsory vaccinations, the circumstances point me in the opposite direction; to support the individual’s right to decide whether to have the vaccine. Circumstances alter cases.

At one level it is simple enough. Each person has the right to refuse medical treatments. The Nuremberg Code would seem to support that right but, as with many legal provisions, it is not clear cut. The code refers to (medical) experiments. Is the vaccination an experiment?

The Code does say that the voluntary consent of the human subject is absolutely essential. Here sophistry can creep in. In this case courtesy of an AAP fact check, where it is asserted that there is “no mandatory vaccination program in Australia [and risibly] Patients receive and must complete a consent form.” Professor of bioethics at the University of Sydney, Angus Dawson, is quoted thus: “It is true that a choice not to be vaccinated may mean that you do not have access to certain benefits, but this is not coercion, as such.”

You notice the sleight of hand, when things you might have regarded as being part of your individual rights as a citizen are being described as “benefits”. And, moreover, that the denial of these so-called benefits (like being employed, meeting with friends, attending festivities, travelling, eating out, going to a pub, movie, theatre, sports stadium or gym, and who knows what else, church?) is not coercion. Really? Not coercion? It’s akin to blackmail pure and simple.

To be clear, if being fully vaccinated is required before being permitted to participate in the ordinary business of life, then it is de facto mandatory. The question is not whether it’s mandatory, it most assuredly is, but whether it can be justified.

To go back to the burka. At first, I found no fault with my argument that the burka should not be banned. But this, as I’ve said, paid too little heed to the circumstances on the ground. In the case of mandatory vaccinations, there are a number of circumstances to be taken into account. These, in my view, do not support mandating vaccinations to protect society. And I’m leaving aside entirely concerns on the part of some about the safety of the vaccines.

First, the fatality rate of the disease is now relatively small as treatments have got better and those most at risk have protected themselves by getting vaccinated.

Second, the vaccinations are proving to be effective for only a short interval of time; already boosters are being delivered or readied. What purpose is served by continuing to insist on repeated vaccinations of those in non-vulnerable groups, when vulnerable groups are protected and being given booster shots? No purpose that I can fathom. It goes back to the earlier suggestion of many. Protect the vulnerable so that everyone else can go about their lives. That’s now been done, albeit circuitously.

The last point is particularly relevant. The residual benefit of the vaccine is that it protects against severe disease. Those who feel at risk can accordingly choose to be vaccinated and revaccinated, as per the first and second points above. But if the chances of contracting and passing on the disease turn out to be more or less the same for the vaccinated as for the unvaccinated, the argument for mandating vaccinations, already toppling, is completely lost.

In view of the circumstances, the case for mandating vaccinations is extremely weak. And it bears emphasising that the onus is on those who would take away individual freedoms to justify the case. Sadly, an additional morbidity of our age is that the powers that be seem incapable of marshalling an evidence-based and well-considered case. Why go through the tiring intellectual exercise of making a case, I suppose they think, when you can issue a mindless diktat, taking no effort at all?