The Lockdowns’ Slow Throttling of Hope and Joy 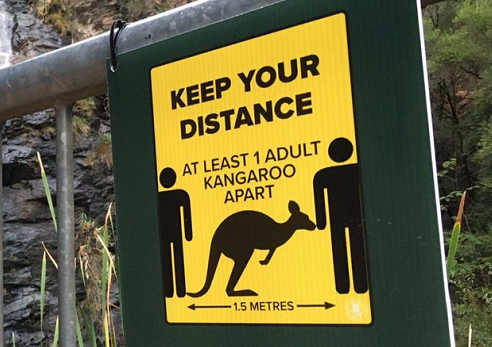 No wonder, according to mental health experts, more and more Victorians are suffering a hidden epidemic  of anxiety, self-harm and depression.  As a result of forced lockdowns,  more and more people feel lonely, isolated and adrift in a world devoid of human contact, companionship and affection.

As reported by the Victorian Agency for Health Information young people 18-24 are especially at risk with a statistically significant increase since lockdowns began early last year of self-harm and thoughts about suicide.  Victoria holds the record of over 200 days incarcerated at home.

Every day, in the papers, on radio and TV and on the internet citizens are bombarded with infection rates, hospitalisations, numbers quarantined and the percentage of the population vaccinated.

At the same time Dictator Dan and health officials including CMO Brett Sutton spread a tidal wave of fear and anxiety, variously describing the virus as a deadly, silent and invisible beast ready to strike a vulnerable, helpless public at any time.

Organisations like Beyond Blue and Kids Helpline are recording ever-increasing rates of daily calls seeking help. Beyond Blue’s Georgie Harmon warns “The pandemic is having an impact on those already living with mental health issues and people who have never struggled before”.

What’s to be done?  In his 1933 presidential speech Franklin D Roosevelt declared to the American people suffering the hardship and poverty of the Great Depression “let me assert my firm belief that the only thing we have to fear is … fear itself — nameless, unreasoning, unjustified terror which paralyzes needed efforts to convert retreat into advance”.

Instead of Premier Andrews instilling fear as a way to ensure compliance, far better, like a true statesman, to encourage and motivate people by offering the positive message that not all is bleak and hopeless.  A message, while acknowledging suffering, that embodies resilience and optimism. Instead, Victorians get the treatment meted out in the video clip below, shot today (August 31) in what not so long ago was billed as the world’s most liveable city.

As a young boy Andrews used to accompany his dad, who sold produce at the Victoria Market.  Well its past time  for the Premier to rediscover what it means to run a business, ever fearful of not making a profit, and to appreciate the hard work and toil required just to make ends meet.

While politicians and public servants live a closeted, secure life with incomes guaranteed no matter how many days the state is forced into lockdown businesses, restaurateurs, publicans and those depending on tourism face bankruptcy.

It’s time for people to be told the hard, cold truth: the China virus will continue to mutate and spread, even when 70 to 80 per cent are vaccinated. COVID isn’t going away, nor can it be driven off. Like the flu and pneumonia, which claimed 4,124 died in 2019, it’s inevitable. Deaths will occur but life must be allowed to go on.

Dr Kevin Donnelly is a Melbourne-based conservative author and commentator.  His latest book Cancel Culture and the Left’s Long March is available at kevindonnelly.com.au

Vaping Laws and the Treachery of Good Intentions