Doctor Fauci and the Fear Factor 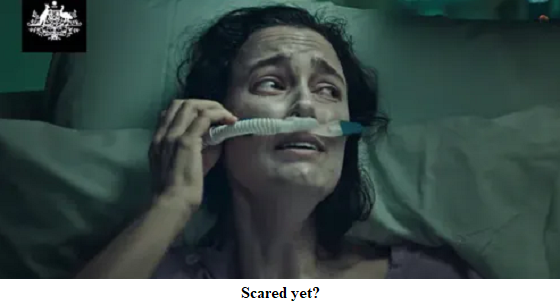 I had just received my copy of Robert Kennedy Jr’s latest book – The Real Anthony Fauci – Bill Gates, Big Pharma, and the Global War on Democracy and Public Health  [i] for my Christmas reading.  It looked so delicious I read it immediately, just couldn’t put it down. There are several things that I need to say about it.

Firstly, it really is a must-read book.  For anyone who has watched the COVID narrative evolve over the last two years much will come as no surprise, but the detail presented is staggering and some of it totally unexpected. Kennedy uncovers a whole new narrative that has been buried in plain sight. In order to formulate a response to the COVID issue, you really need to consider the entire big picture that Kennedy provides.

Secondly, one must always keep in mind that this book is from a true and trusted Democrat, not someone who can  be dismissed as a ‘right wing nut job’, to quote one of the Left’s favourite contemptuous dismissals of all and any who do not share their opinions and goals. But that also raises an interesting sub-text, one that haunts the book. One of Kennedy’s motives for writing appears to be to protect the legacy of his famous father and uncles in the children’s services and AIDS fronts. Unfortunately for a Democrat, that puts him on the wrong side of Dr Fauci who, as the book documents, has a notorious history of 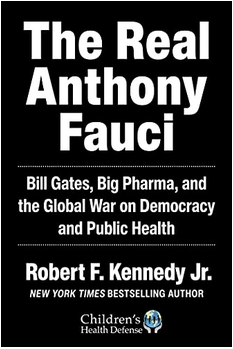 exploitation of vulnerable children (generally black and in orphanages) and AIDS sufferers, the very people that Kennedy’s kin championed for years and which helped build their political careers and reputations.

Interestingly (to me anyway) is that Kennedy rails against Fauci’s dismissal of anyone who stands in the way of his vaccination push as “vaccine deniers” and “science deniers” etc. Here’s where the irony kicks in, as I would bet Kennedy himself would have no problems condemning those who question the cult of global warming with the very same caustic rhetoric.  There are certainly hints of this in the book.  It’s classic Gell-Mann Amnesia. [ii]  As a “sound” Democrat, he simply cannot extrapolate the terrible behaviour that he sees in Big Pharma, governments and the billionaire oligarchy to global warming/renewable energy activists, lobbyists and rent-seekers. He cannot admit that they employ exactly the same techniques. Kennedy’s political affiliations are worth keeping in mind, particularly when he talks about the presidents Bush, President Trump or, indeed, President Obama.

Thirdly, if ever you wanted a case study of the Deep State and how it works, how long it has been active and, in particular, why President Trump never had a hope , well this is the book.

Here is a quick example, a tiny extract  that demonstrates just how trapped Trump became in the advice and counsel of his “independent” health advisors.   I present this as just one page out of 450 similarly explosive pages (emphasis added):

Many Americans will recognise (Dr) Redfield as Donald Trump’s CDC (Centre for Disease Control) Director during the 2020 COVID pandemic. Dr Redfield and his faithful sidekick, Dr Deborah Birx, both served with Dr Fauci on Trump’s Coronavirus task force … US Military documents show that in 1992 Redfield and Birx, his then-assistant … published inaccurate data in the New England Journal of Medicine claiming that an HIV vaccine they helped develop and tested on Walter Reed patients was effective. They both must have known the vaccine was worthless.

In 1992 an Air Force medical office accused Redfield of engaging in “a systematic pattern of data manipulation, inappropriate statistical analyses and misleading data presentation in an apparent attempt to promote the usefulness of the GP160 AIDS vaccine”. A specially convened Air force Tribunal on scientific fraud and misconduct recommended investigation by a “fully independent outside investigative body.”…

Under threat of court-marshal, loss of his medical licence and possible imprisonment, Dr Redfield confessed to angry DOD interrogators and to the tribunal that his analyses were faulty and deceptive.  He agreed to correct them and to publicly admit the vaccine was worthless at an upcoming AIDS conference at which he was scheduled to speak in July 1992…

Instead of retracting his falsehood, he boldly repeated his fraudulent claims at this and two subsequent international conferences. As astonished prosecutors watched, he (Redfield) then brazenly parroted his debunked perjuries before Congress swearing that his vaccine cured HIV.

But then, of course, as Kennedy documents in exquisite detail, compared to Fauci, Redfield and Birx were pillars of virtue on Trump’s COVID advisory panel!

The first part of the book understandably deals with the relatively recent past and the current situation with respect to COVID. He covers in detail the insider story of the crushing death of alternative treatments – ivermectin and hydrochloroquine – a necessary prerequisite to the promotion of Fauci’s own (lucrative) solutions of Remdesivir and, of course, the vaccines.

There is, for example, Fauci’s involvement in 30 years of failed AIDS vaccine research. Failed, as Kennedy points out, with respect to the production of an AIDS vaccine, but highly successful against the metric of increased earnings and influence enjoyed by Fauci and Big Pharma.  In our era of post-modern science that is all that really matters. It adds a whole new chapter to my thesis on the development of po-mo science. (see “Trofim Lysenko looks down and smiles,” Quadrant Online, January 2021.   [iv])

Kennedy devotes a thick section to detailing various and appalling trials of vaccines in the Third World (mainly Africa). These have been nothing less than monstrous, if Kennedy is to be believed, and there seems little reason not to take him at his word given that the US is thickly populated with lawyers who would happily make hay if he is wrong in any detail. And there is quite an unexpectedly large and detailed chunk of the book devoted to Bill and Melinda Gates who, aided and abetted by Fauci, are accused of having “captured” the World Health Organisation, hi-jacking its agenda and using it as a public enforcer against uncooperative governments.

A lot of this was already shadowy information in the public domain, filed by the mainstream media under the heading of “conspiracy theory.” Pretty much the only references you will ever find is in the denials of media and social media fact-checkers. But in this book it is all so well documented that, in the absence of direct and specific refutations by the named protagonists, what Kennedy lays out can be graced with the recognised status of established fact.

What was completely unexpected in the book, to me anyway, was the detailed allegations, including the naming of names, concerning the role of the CIA and military intelligence services in the lead-up to the COVID pandemic. Kennedy provides some pretty convincing smoking gun links implicating the US intelligence community in the development of COVID vaccine policy. He writes:

Dark Winter, Atlantic Storm and Global Mercury were only three of over a dozen Germ Games (‘War Game’ simulations)  staged by the military, medical, and intelligence planners leading up to COVID-19. Each of these Kafkaesque exercises became uncanny predictors of a dystopian age that pandemic planners dubbed the ‘New Normal’.

The consistent feature is an affinity among the simulation designers for militarizing medicine and introducing centralized autocratic government. Each rehearsal ends with the same grim punchline: the global pandemic is an excuse to justify the imposition of tyranny and coerced vaccination. The repetition of these exercises suggests that they serve as a kind of rehearsal or training drill for an underlying agenda to coordinate the global dismantlement of democratic governance.  [v]

Virtually all of the scenario planning for pandemics employs technical assumptions and strategies familiar to anyone who has read the CIA’s notorious psychological warfare manuals for shattering indigenous societies, obliterating traditional economics and social bonds, for using imposed isolation and the demolition of traditional economies to crush resistance, to foster chaos, demoralization, dependence and fear, and for imposing centralized and autocratic governance.

In particular, the exercises incorporate psych-op techniques gleaned from the notorious ‘Milgram Obedience Experiments’. In those 1960s exercises, Yale social psychology professor Dr Stanley Milgram was able to show that researchers could formulaically manipulate ‘ordinary citizens’ from all walks of life to violate their own conscience and commit atrocities, so long as an authority figure (a doctor in a white lab coat) ordered them to do so.  [vi] [vii]

Milgram’s 1963 experiment was designed to test just how far an authority figure could manipulate his subjects to act against their consciences by instructing them to administer what they were led to believe were increasingly heavy electric shocks to fellow subjects. Its underlying purpose was to examine the plausibility of justifications for acts of genocide offered by many of the accused at the Nuremberg War Crimes trials. The accuseds’ defense was often based on simple “obedience” — they were ‘just following orders’ from their superiors, as so many claimed.  Milgram’s experiments demonstrated just how easy that actually was, for someone who represents authority to obtain compliance. [viii]

For my money, the question is how close is the collective hand of medical and political cadres, from the Prime Minister to the premiers and down to the most ridiculous of the states’ chief health officers (of which there is no shortage), to flicking the 450-volt switch on their control boards?  Just what level of “obedience” have they reached? How much further do their ambitions extend?

[iv]  Published in Quadrant Online in January, 2021.   “Trofim Lysenko looks down and smiles.”

17 thoughts on “Doctor Fauci and the Fear Factor”