A Sad and Shameful Day for Australian Medicine 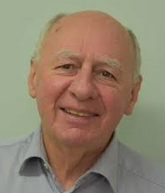 The author is Emeritus Professor of Pathology at the University of Newcastle Medical School. He is a member of the Australian Academy of Science’s COVID-19 Expert Database 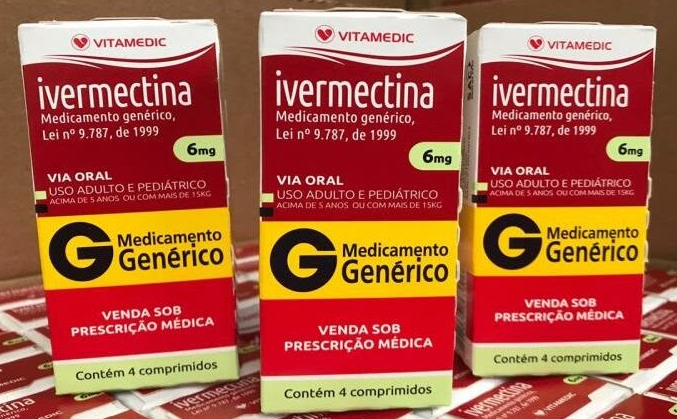 September 10, 2021, was a black day,  the day a group of faceless bureaucrats known as the “Advisory Committee for Medicines Scheduling”, through its effector arm, the Therapeutic Goods Administration (TGA), compromised medical practise and the health of their fellow Australians. The TGA used its regulatory muscle to prevent doctors at the COVID-19 pandemic’s coalface from prescribing ivermectin (IVM), the one therapy available that is safe, cheap and which reduces mortality in the order of 60 per cent. This poorly conceived action threatens the high standards of medical practise we have achieved in Australia, and the credibility of the administrative structure within which medicine operates.

The immediate consequence of the TGA Notice means patients contracting COVID-19 are left to hear, “Sorry, no treatment for COVID-19 is legally available. Just go to hospital when you get very sick.” In the longer term it means that bureaucrats can change the way medicine is practised for whatever reason without review by, or discussion with, the medical community. It is important for Australians to consider two issues that follow the TGA’s decision: first, it adds risk to those exposed to COVID-19, putting additional pressures on health-care facilities; second, it drives a wedge into the fault lines that have appeared in medical practise during the course of the COVID-19 saga.

Looking at the first issue, the decision by the TGA to prevent general practitioners from prescribing IVM to manage COVID-19, the Notice is flawed and misleading, although giving clues to its political motivation. The evidence that IVM is safe and effective in both preventing and treating early (pre-hospital) COVID-19 is overwhelming, as has been  laid out in four Quadrant articles published through 2021. Despite this evidence, every artifice has been used to quash IVM’s use and to do so in unprecedented fashion. The causes for the suppression include political agendas, pressures from pharmaceutical companies, ideology and breakdown in medical communication. This latest blow by the TGA follows its previous form in shutting down use of hydroxychloroquine, another safe, effective and cheap COVID-19 therapy. Every experienced doctor prescribes drugs for “off-label” indications. It is anathema and dangerous that the doctor-patient relationship can now be over-ridden by government agendas.

The driving source of “evidence” that IVM has unproven therapeutic value is the Cochrane Review, which concluded from a single meta-analysis that the benefit in treating COVID-19 was “unproven”. This was out of line with a series of supportive meta-analyses by non-conflicted competent epidemiologists. Yet results from Cochrane have singularly been adopted without criticism or discussion, initially by the National COVID Clinical Evidence Taskforce (NCCET), then by diffusion via various professional and regulatory bodies while being fanned by an even less critical mainstream press. Thus IVM is seen by many, including some medical professionals, as the snake-oil of our age. What is not discussed is the validity of the Cochrane Review and the advisory messages from the NCCET. The influence of vested interest parties on Cochrane has been previously raised. The circumstances of generating the review by an unknown German group when experienced epidemiologists were available needs explanation. More immediately, critiques of the Cochrane analysis and the NCCET by unaligned British epidemiologists show defective methodology, cherry-picked data and exclusion of a raft of supportive data.

The information source used to formulate policy in Australia is both out of kilter with conclusions from over 60 controlled clinical trials and the positive experience recorded when IVM was used in  national and regional programmes. Cochrane is an incomplete and unreliable basis for decision making on COVID-19 management in an Australian context. The views of international experts are trumped by unknown local bureaucrats.

Surprisingly, the reasons given by the TGA for their decision on IVM are not the usual mantra of “unproven”, based on Cochrane, although that is left hanging as a “given”. The reasons are even less defensible: “supply may become limited” (incorrect, but this nevertheless demonstrates there is a need for the drug); “concerns re toxicity due to dosage determined by social media” (this concern is easily remedied by controlling usage through front-line doctors), and, lastly, the real reason: “It may interfere with the vaccination programme”. What an extraordinary statement!

The reason for “vaccine hesitancy” has nothing to do with IVM use. Doctors promote IVM as complementing the vaccine programme, which, given concerns regarding vaccine resistance caused by Delta strain of the virus and waning of post-vaccine immunity, makes early drug treatment more needed than ever. It is irresponsible to exclude IVM as a drug to control high numbers of infections that will be encountered as Australia moves out of its “bubble”, irrespective of the level of vaccination. The only parts of the world not experiencing a “third wave” of infection are those where lockdowns have been avoided, such as Sweden, or where IVM is used throughout the community, as is seen in parts of South America, Mexico and India.

The real cause of “vaccine hesitancy” is lack of transparency and discussion. Where is the discussion that death from COVID-19 is one thousand times greater than reported deaths linked to the vaccine? That is a fact easily understood. There are genuine concerns about experimental genetic vaccines, yet discussion is suppressed, and these issues are treated as “best kept secrets” by authorities. Failure to openly discuss these concerns in the context of a plan for a safe future vaccine strategy is reason in itself for uncertainty and conspiracy theories. It is unacceptable to shift blame onto IVM for “hesitancy”. Both vaccines and IVM are urgently needed, and suppression of IVM simply leads to unnecessary deaths and a postponed public reaction when evidence supporting the value of both becomes more widely known. Have we learnt nothing from the preventable thousand deaths that followed refusal in the US to allow cheap, safe prophylaxis against Pneumocystis infection in AIDS patients until a randomised clinical trial (RCT) was completed in the 1990s?

What is the influence of pharmaceutical companies? They have actively conspired against IVM while accepting hundreds of millions of government dollars to develop their versions of “early treatments”; in this they have been supported by the TGA that has now regulated against IVM. Meanwhile, the TGA recently registered a monoclonal antibody, Sotrovimab, based on a single small trial. This drug has a similar protection profile to IVM but costs $4,000 a dose (I support its registration, although it is hard to see how it could be superior to IVM). The TGA approved Remdesivir following one study showing its only benefit was four days less hospitalisation. Three subsequent RCTs failed to confirm benefit, yet the TGA allows the drug’s continued use in Australian hospitals. Just a week ago, the TGA reported with enthusiasm discussions with Merck about “son-of Remdesivir”, Molnupiravir, which comes with no clear clinical benefit noted from what are incomplete  studies. The US government has bought millions of doses at $1000 per dose. Whose interests are being protected?

Second, the implications for medical practise are a more sinister and subtle consequence of the TGA decision. Preventing general practitioners prescribing IVM for early COVID-19, when there is evidence of safety and benefit, sends a concerning message to community-based doctors. It threatens the “doctor-patient relationship”, as patients with COVID-19 are also aware that drugs are available which could save their lives. It also challenges the traditional role of senior medical advisers, most of whom are hospital-based with no experience of early COVID-19, and are influenced by expert bodies such as the NCCET, and of course Cochrane reports.

Cochrane is promoted as the foundation stone of Evidenced Based Medicine (EBM), the holy grail of contemporary medical practice. Dr. Dave Sackett was the “father of EBM” at Canada’s McMaster University, where he and I led medical-admission teams for five years. We had numerous discussions of EBM, then in its formative stage, anticipating it would have an integrating role in medical practise. Dave died in 2015, which saved him the disappointment of seeing what has happened during COVID-19, where a limited Cochrane review is used as a lever to achieve political outcomes to the disadvantage of patients. The unravelling of well-established professional relationships between community doctors, their medical advisory structures and government bodies has not been helped by the confusion, the lack of organised education activities and the isolation enforced by the pandemic.

The authoritarian and poorly conceived interference by the TGA in the effective running of clinical medicine, and its broader implications, is a further splintering event. This is a time when everyone needs to be on message to counter a devastating pandemic. The use of blunt legal tools to threaten and bully doctors with de-registration, legal action for “advertising” and even with jail terms for striving for the transparency and common sense that has served medicine so well compromises the rules of science and the doctor-patient relationship upon which our profession is built. The answer is transparency and communication around agreed goals based on science.  We should again involve all levels of health care and the public we serve. The decision-making process should include clinicians familiar with the problem to ensure the pragmatic and common-sense approach needed to get us through this pandemic with minimum damage.

Rather than create the chaos and loss of respect for an important institution that will follow continued enforcement of the current Notice, the TGA should initiate a working party that includes frontline doctors to establish an agreed treatment protocol that includes dosage, with monitoring of the outcomes. We live in dangerous times that call for new ideas able to address a real world crisis that is out of control and will only get worse without a different way of thinking.

32 thoughts on “A Sad and Shameful Day for Australian Medicine”

A Sad and Shameful Day for Australian Medicine