The Selective Targets of Green Scorn 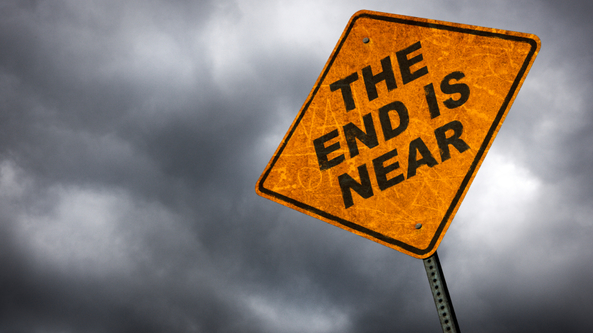 There is no surer way for a political party to gain voters’ attention than to predict the imminent end of the world. Creating fear in the public mind is as old as politics, itself. Having shaken people’s faith in the future by instilling that fear, the party’s next ploy is to offer a solution that is not open for debate.

No contemporary party has used this method of politicking with such success as The Greens. For years they have successfully portrayed themselves as tree-hugging pacifists whose sole concern is protection of the environment. However, this is only a minor part of an ideology founded on scenarios that forecast the end of the world.

One of their earliest forecast calamities depended on a hole in the ozone layer above the Antarctic. In the view of the Greens, this would expand, causing increased solar radiation that would endanger life on Earth. This idea did not attract enough public attention to elicit the widespread fear the Greens’ always need to advance their agenda. Moreover, proof that the hole was expanding, was not convincing.

Next came global warming. Selective evidence of increased temperatures that would cause droughts, crop failures and mass deaths from starvation, pointed to humanity’s inevitable end.

Who can ever forget Professor Tim Flannery’s dud predictions of melting ice caps, rising sea levels, empty dams, drought and increased cyclones? Perhaps when he said this, he was just having a ‘bad hair day.’

The problem with the global warming hypothesis has been variability in recorded temperatures. Although some regions of the world have experienced rising temperatures, it was not a comprehensive phenomenon. Other areas were unusually cool. This cast doubt on the green end of life prophecy. What they needed was a hypothesis that could not be questioned. Nevertheless, it did not take long for them to settle on climate change as the cause of the world’s problems

The Greens were now on firmer ground. Their case was incontestable because climate has been changing for millions of years and will continue to do so. By placing climate change at the forefront of their campaign, they were able to promote the idea of associating it with every variation in weather. This conflation of world climate change with weather resulted in widespread support for green ideology. People in every corner of Earth are aware of daily variations in weather; now they have a faux explanation for them.

The fact that the cycle of ice ages and heat waves prevailed long before homo sapiens existed, has not prevented the Greens from blaming humanity for changes in climate. However, not every sector of mankind is considered guilty; only industrial economies that burn large amounts of fossil fuels are singled out for condemnatioin.  The Greens see industry as the Satan who must be expelled from an Earthly Paradise, even though such an Eden never existed.

Industry and technology have contributed most to the wellbeing of mankind. By depriving them of energy, the destruction of both is assured. In view of the Greens’ ideological opposition to modern standards of living, it is likely they settled on a policy of eliminating fossil fuels as an energy source, without any regard to its consequences. They have a problem, however, in proposing a nexus between climate change and burning fossil fuels. This centres on the paucity of scientific evidence.

According to the Greens, where increased global warming is involved there is no doubt that ‘the science is in.’ However, unlike experimental science that is based on hypotheses testing by statistical analysis, their idea of science is a combination of correlation and computer modelling. Yet, as every student of statistics knows, correlations do not prove cause.  In addition, results of computer models are open to question. They are easy to manipulate to give a desired result. Apart from this, a computer programmer can’t be certain that every relevant parameter is being fed into the model. This is not to suggest that the results of every computer model are false, but they are questionable. When the future of civilisation hangs in the balance, it is not good enough for dubious findings to become the decisive factor in deciding the fate of humanity.

Nevertheless, even if global warming can be shown to result from burning fossil fuels, eliminating the practice in the absence of a comparable replacement, is madness. Alternatives such as wind and solar power are distractions from the real energy needs of both modern industry and domestic consumers. Both methods of energy production are unreliable and expensive.

The most dependable alternative source of energy is nuclear power, which for years has been produced successfully in many countries. Since nuclear power meets The Greens’ criteria of energy sustainability and cleanliness, one would have expected them to embrace it. However, they reject it.

The Greens’ deep fear is that production of nuclear energy would derail their plans to destroy industrialised societies. Energy produced by nuclear plants would end their delusion of imminent global extinction and, more importantly, the raison d’etre for their very existence. Far from being insightful prophets, they are zealots who impose their ideology on others and brook no opposition from those who question it. As Australia’s most successful Marxist party, The Greens hope to engineer the nation along totalitarian lines. In a democratic country such as Australia, they are free to spread their message of gloom and doom.

The Greens are troubled people, not mad, but not normal either. Like all left-wing apparatchiks, they rely totally on ideological theory to project political and social reforms. In so doing, they reject rational thought. They are the latest, but probably not the last, in a long line of self-appointed prophets whose mission is to save the world. Their message is viewed as holy writ. Anyone who rejects it is condemned for apostasy.

The kindest thing to be said about The Greens is that ‘they know not what they do.’ Imagining they can turn back history by transforming advanced countries into primitive gardens of Eden is not a dream, but a nightmare. One can only guess at the type of life The Greens envisage for all of us; North Korea is probably the closest analogy.

Greens diktats concerning climate change, global warming, weather and the role of human economic activity in ending life has swept the world like a virus, for which the only antidote is rational thinking. Without a reasoned and rational approach to global problems, Green ideology may turn out to be the greatest confidence trick in the history of Mankind.

What California’s Fire Follies Can Teach Us