The Church’s Catechism of Catastrophism 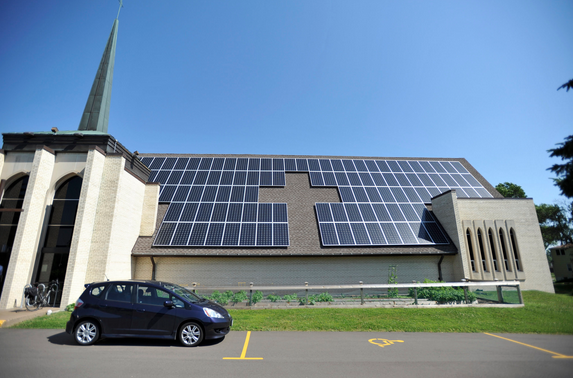 Forecasts of global climate disaster have dominated the climate debate for the last 40 years. The father of the modern climate nihilism in the United States was James Hansen of the NASA Goddard Space Centre. Thirty years ago, he predicted that Manhattan would be flooded by 2010. He is still predicting metres of sea level rise this century. Only ten years ago, a professor in England predicted the next generation of children in Scotland would never know snow. Australia wasted over ten billion dollars building desalination plants due to the Australian Climate Council’s advice that we would be trapped in never-ending drought due. Australians were told that their dams would never fill again. Adelaide was predicted to have eternal drought, and Perth would be the world’s first wasteland metropolis. The United Nations in 2005 predicted there would be 20 million climate refugees by 2010. There were none.

Any sensible person would think these failed prophets should be sacked, but the environmental movement forgives and canonises its prophets. They continually reinvent themselves and remain supported and defended by university intelligentsia and a media that loves headlines predicting disaster.

In contrast, those who call these prophets charlatans are not treated with the same kindness, but with systematic persecution. Within the hallowed halls of many universities there are rapid climate response teams linked with similar teams throughout the world. They man the trenches to debunk scientists who do not deny climate change, but see it as neither catastrophic nor cause for panic! The late Professor Bob Carter, head of the Geology Department at James Cook University for over a decade, had his position of Emeritus Professor terminated in 2013 because of his outspoken views on these climate prophets. Recently, we have witnessed the court decision ruling against the unfair dismissal of Professor Peter Ridd from that same University. He had questioned those who said that the Australian Barrier Reef was in decline due to bleaching. Ridd’s scientific opinion is that bleaching events spur the coral to further adapt to warming by choosing better algae symbionts that make them more resilient when the next warming event occurs. He also holds that much of the research on the Barrier Reef has not been of a high standard.

So where are our ideals of academic freedom allowing opposing views to be aired? How can science go forward without significant review? Consensus is never scientific proof. It always needs to be challenged. It is often proved wrong. In my book, Mirrors and Mazes: A guide through the climate debate (2018), I argue:

There is now a New Inquisition presided over by a clique of scientists who have given themselves the right of trial to put scientific heretics to the stake. The new torture methods are not the stake or the rack but the denial of promotion, the manipulation of the media to denigrate, and the refusal to employ. Indeed, efforts to stop such scientists publishing in scientific periodicals have extended to controlling the editorial committees of many well- known periodicals. This is the modern equivalent of the Spanish Inquisition’s Burning of the Books.

But is this university-world the only one exercising such thought-control? We may well adopt a superior air and criticise the church for misunderstanding science and condemning Galileo, but have things really changed? At this very time in the 21st century, advisors to Pope Francis in Rome are closely aligned with a bevy of left-wing socialist thinkers believing theories of catastrophic climate change.

In 1936, Pope Pius XI established the Pontifical Academy of Sciences to provide the Church with sound scientific advice. In doing this he was reviving traditions extending back to the infamous Accademia dei Lincei (Academy of the Lynx) in 1603; a society with Galileo as a member that stressed the objective nature of science. The lynx was thought to have the best eyesight, so the role of the scientist was to be a lynx, to fearlessly describe what was seen, not what others thought one should see. Since its inception the Pontifical Academy of Sciences irrespective of religion has offered membership to the world’s leading scientists. Famous members include Albert Einstein, Niels Bohr, Ernest Rutherford, Erwin Schrodinger, Stephen Hawking and the Australian neurologist Sir John Eccles.

Contrary to this tradition of scientific excellence, when the Church rightly looked to comment on the moral and spiritual challenges arising from our treatment of the environment, from the pollution and population stress endured by millions in the many cities, such as Lagos, Beijing or Bangkok, unfortunately the Vatican turned to Hans Joachim Schellnhuber of the Potsdam Climate Impacts Institute in Germany. Here was a radical, a social activist, a catastrophist with whom many scientists on both sides of the climate debate disagree. This physicist sees climate change due to increasing greenhouse gases as the greatest challenge of the 21st century. He sees seven climate tipping points threatening the Earth. He claims the carrying capacity of the Earth should be no more than one billion people, and he proposed the idea that a 2°C rise in global temperatures would be catastrophic; a rather bizarre target when for most of Earth’s history temperatures have been 3°C to 5°C above that of today. Schellnhuber is also in the vanguard of leftist movements who are manipulating climate science as a tool to restructure society globally and limit nationalism. To fight this climate threat, these movements want to replace nationalism with an international world government — in Schellnhuber’s case, with a “council of wise men”. He is also of the view that climate science is so settled, and the climate situation so desperate, that scientists with different views should not be allowed to speak at the Pontifical Academy of Sciences as they are akin to flat-earthers and thus distractions and a waste of time.

And then there is Cardinal Turkson, who links both slavery and human-induced climate as evil and sinful. He was influential in drafting the encyclical Laudato Si‘, examined and thoroughly dismantled by Quadrant‘s Merv Bendle, and has welcomed Naomi Klein as an advisor. Klein is a Canadian communist who does not think that climate change can be solved without the destruction of capitalism. For her and Cardinal Turkson, the West punished the Third World through an industrialisation that increased greenhouse gases and caused destructive climate change. So now the West in reparation for its climate sins must distribute trillions of dollars to the Third World as penance. And there is also adviser Naomi Oreskes. She rails against anyone who thinks climate change is mainly natural or rates the contributions of humans as no better than a minor factor. In her view such scientists should be treated as mafiosi, evil capitalists who promote cigarette smoking.

I am deeply concerned about the Vatican’s amateurish attempts to become involved in the science of the climate debate. The way complex issues such as periods of warming and cooling, population stress, heat stress, famine, pollution, ocean acidification, loss of species diversity and disease control are being mixed together is equivalent to throwing a thousand cats into a room to play with a thousand balls of wool.

Many Catholics were dismayed when Archbishop Marcelo Sanchez Sorondo invited Paul Erhlich to talk to the Pontifical Academy of Sciences. Erhlich in 1968 wrote The Population Bomb in which he wrongly predicted millions would starve in the 20th century because agriculture could not keep up with the rising world population. Yet it did keep up. Erhlich has put forward ideas on male sterilisation, on the use of mass sterilisation agents in food and on limiting food to punish countries with high birth-rates.

And the situation worsens when to forbid dissent and to isolate scientists who dispute catastrophic climate change, Bishop Sorondo placed the Pope’s statements on climate science, not at the level of infallible religious doctrine, but still within a level of certainty in Catholic theology, that is, the Pope’s ordinary Magisterium. Sorondo says the Pope’s statement regarding global warming ‘must be considered magisterium – it is not an opinion’. What a bizarre theological corruption of science!

Hearing Bishop Sorondo or Schellnhuber speak or reading statements by Klein or Oreskes and looking at the manipulations of climate science by the catastrophists and left-wing environmentalists, I wonder with Vaclav Klaus, the former President of the Czech Republic. In his 2007 book Blue Planet in Green Shackles, he adds the subtitle: What is endangered-Climate or Freedom?

I air these problems as a committed Catholic, a former priest and still with a deep love of the Church. Our Christianity has a strong tradition of emphasising the development of the individual with a deep faith in God, a love of others, an awareness of the deep mystery and sanctity of life and, of course, a deep loyalty to the Church. Individually and collectively we have a deep spiritual responsibility to Mother Earth. But when promoting that care, the Church must leave science to the scientists; otherwise it can be manipulated. A famous example of the outside manipulation of science was the control of Soviet science by Trofim Lysenko, who condemned the modern genetics developed by the Augustinian monk Gregor Mendel, and theories of natural selection proposed by Charles Darwin.

The independence of modern science from theology and philosophy was clearly spelt out 160 years ago by Cardinal John Henry Newman in his famous book, The Idea of a University, published in 1858:

Unless at liberty to investigate on the basis and according to the peculiarities of his science, the scientist cannot investigate at all.

Climate science is complex, and it is not the role of the Church to pontificate on that science. The Vatican should reflect on the lesson of history when it backed the wrong horse and condemned Galileo 400 years ago. The words of James Lovelock, a world-famous scientist who developed the Gaia Hypothesis in the 1970s, should be nailed to the doors of St Peter’s Basilica in Rome. In 2015 Lovelock, admitted in his book – A Rough Ride to the Future– that his earlier predictions of catastrophic climate change were wrong:

The problem is we don’t know what the climate is doing. We thought we knew 20 years ago. That led to some alarmist books – mine included – because it looked clear-cut, but it hasn’t happened. The climate is doing its usual tricks. There’s nothing much really happening yet. We were supposed to be halfway toward a frying world by now.

When the Church condemned Galileo it took centuries to disentangle itself from a contemporary mixture of science, philosophy and theology. Today’s situation within the Church is no different; there is a similar mess; only the players and the scientific parameters are different. As Vaclav Klaus said in Blue Planet in Green Shackles (2007):

Our beautiful blue planet has been placed in green shackles by leftist environmentalists and prophetic catastrophists.

The fairy tale of the Emperor’s New Clothes is very relevant. The defence of the role of greenhouse gases as the only drivers of the present global warming may become more strident but one day, someone or some event, will make it so blatantly obvious that the emperor and all his rabid followers are stark naked. Then the science community, and hopefully also the Church leadership, will nod in agreement so that the simplistic climate theories, built up over the past 40 years, will collapse. Then the charade of catastrophism and left-wing environmentalism that have been threatening our freedom and our economic development will be over.