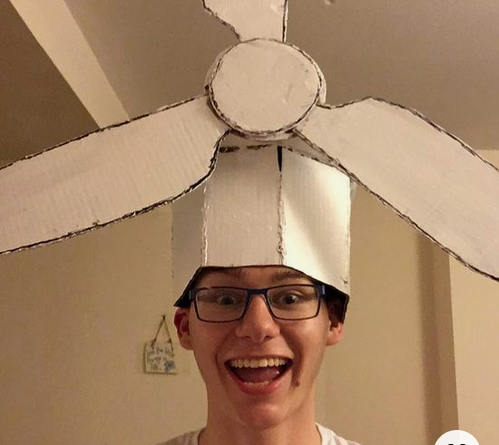 Here we are in the depths of Winter on Sunday, December 19, 2021, 7.40am GMT. The Renewables entire contribution to the National Grid was as follows:

Better get the firewood and candles in to keep warm before the lights go out!

The above is from a letter to the UK Telegraph on the news (17 January) that Scotland intends to triple the UK’s off-shore wind power. Same article, another letter writer:

Bear with me. Gullibly trusting in the entrepreneurial skills of two sons of two billionaires, I once invested in a start-up telecommunications company (OneTel) which charged subscribers less than the variable costs of providing them the service. Needless to say, getting more customers onboard didn’t solve the problem. I lost all of my investment. Volume isn’t always the answer. Let me put it another way: one thousand times zero is not larger than one hundred times zero. Less theoretically, one thousand wind turbines not a-turnin’ provides no more power than one hundred turbines not a-turnin’.

Why am I belabouring the bleeding obvious, you might query? In order to emphasise what is so obvious that even dunderheads can work it out. It is the commonest of common sense. If the wind don’t blow you don’t get electricity from wind turbines, however large and multitudinous. Ordinary people, like us, well you might not be ordinary, so I’ll say like me, can see it; while progressive elites, some with impressive academic credentials, apparently can’t. What’s going on?

Clearly, they know something we don’t, otherwise we must conclude that they’re thicker than complete dunderheads. That’s too fantastic. No, they know something we don’t and I intend to rack my brains and find out what it is. However, racking itself won’t be enough. I’ll consult Australia’s latest renewable-energy plan. To wit, the draft 2022 Integrated System Plan (ISP) issued by Australian Energy Market Operator (AEMO) in December.

Of course, Australia is a very small piece of the global puzzle. However, I suspect that the climateers behind each of the national plans compare notes and are on the same imaginary page when it comes to wind droughts and how to deal with them. Though, to be clear, the phrase “winds droughts” dare not speak its name in the ISP, as a search of the document revealed. Nevertheless, AEMO is not unaware of the issue and addresses it this way, in plan-speak. Pardon me for quoting at a little length; in order to avoid any understandable suspicion that I’m making it up.

By 2050, the most likely Step Change scenario would call for over 60 GW of firming capacity that can respond to a dispatch signal, including utility-scale batteries, hydro storage, gas-fired generation [green hydrogen or biogas, by the way, not dirty natural gas], smart behind-the-meter batteries or VPPs and (potentially) V2G services from EVs. The willingness of consumers to lower their consumption during high price periods (referred to as demand-side participation, or DSP) will also have an important role to maintain reliability and avoid involuntary load shedding. While the system today has approximately 43 GW of firming capacity, 23GW of this is coal capacity. As this coal retires, it needs to be replaced with new low-emission firming alternatives. New utility-scale battery and pumped hydro storage, located at appropriate parts of the network, will both enable more effective dispatch of clean electricity on demand, and provide critical system security services.

I want to leave aside whether 60GW of standby power will be enough when coal, oil and natural gas are gone and the system is heavily dependent on wind and solar. If we have 43GW today, as AEMO states, then only an extra 17GW seems foolhardily light on. But then I don’t have the prescient benefit of modelling.

To cut to the chase, bits and bobs aside, the AEMO plan depends on oodles of green hydrogen and pumped hydro. My own plan for living my final years in a grand seaside residence in Beaulieu-sur-Mer (par exemple) depends on a very, very large lottery win. Which is the more likely plan to bear fruit is my poser of the day?

One can have vision, like a dream. But a plan evokes concrete and doable ambitions. A plan can’t depend, among other dubious things, on the development of unknown technologies to produce cheap green hydrogen at scale. Or on unbuilt dams in an era when environmentalists and courts make new dams almost impossible to build.

AEMO is in the business of dreaming. I am too, I admit. The difference is that my dreams are idle and costless.

Back to my question. What do they know that we don’t? In fact, they know nothing more than we do. It’s the wrong question. The right question is why are they prepared, at any cost, to chase mirages when we’re not? The answer is not that they’re incredibly dumb. It’s that they are driven by their blind faith – the activists I mean, not their money-driven parasitical fellow-travelling carpetbaggers.

Climateers are zealots. They solely yearn for purest green and nought else. Zealotry and practicality occupy little or no common ground. “It won’t work,” is given very short shrift among the faithful. Now apply Australia’s dreamtime plan for supplying the energy needs of 26 million people to the planet’s 8 billion people. It just ain’t gonna work. And you can take that to the bank.

Sea Surface Temperatures and the Duty of Scientists

Why scientists get it wrong