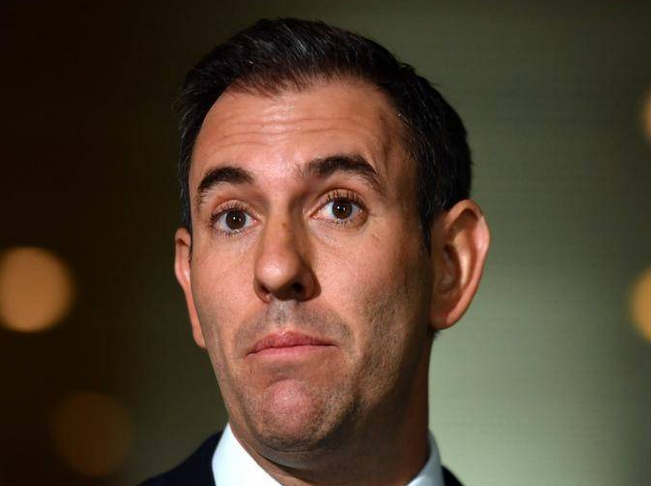 What manner of Labor Treasurer might Jim Chalmers (above) prove to be? Will he follow the example—God forbid—of Jim Cairns, whose only notable accomplishment during his brief period as Treasurer was to hire Junie Morosi?

Or might Chalmers prove to be a reincarnation of Paul Keating, who accomplished a few decent things as Treasurer before becoming a prime ministerial test dummy for wokeness and then dedicating the next twenty-five years of his life to endlessly talking about himself?

Perhaps Chalmers will model himself on Wayne Swan, who went to enormous lengths in his every budget to trick up numbers so that it looked as though Australia under Labor was in surplus. Swan even announced multiple surpluses in advance, despite—and this was quite the drawback—never actually achieving a surplus. Not even close.

Sadly, early signs point to a second Swan variation under Treasurer Chalmers. He’ll likely not be predicting any surpluses, because no Treasurer will be doing so for at least fifteen years. But a little-noticed moment during the election campaign indicated Chalmers’s Swan-like relationship to economic reality.

On April 5, Chalmers endeavoured to make a point about Labor’s historical budgetary competence. “After nine long years, three treasurers and three prime ministers, the verdict is in,” he said. “Average unemployment at 5.7 per cent under this government versus 5.1 per cent under its Labor predecessor.”

Our new Prime Minister, Anthony Albanese, subsequently repeated that claim once or twice himself. It is, of course, absolutely bogus. Chalmers’s calculations are based on the simplistic assumption that an incoming government is instantly able to claim credit for—or, equally so, be blamed for—situations established by a departing government.

Under the creative Chalmers immediate governmental credit system, Labor is able to claim 2007’s 4.38 per cent unemployment rate as its own simply because Labor was elected that year. It doesn’t matter to our man Jim that the election happened on November 24, or that the Coalition had spent the previous eleven years dragging unemployment down from 1996’s 8.51 per cent.

Nor does it matter that the incoming 2013 Coalition government—elected in September—was saddled with 5.66 per cent unemployment by the departing Labor rabble. As Chalmers sees it, if a government is in power for even a small fraction of a year, then the whole year’s economy is on them.

Very well. Let’s see how this plays out now that Chalmers and his mates are in charge. We can already blame Labor for $12 lettuces in supermarkets, I suppose. But something happened to Chalmers just a few days following the May 21 election. He suddenly discovered that a previous government could indeed be blamed for conditions inherited by a new government.

“The defining challenges in our economy are skyrocketing inflation, rising interest rates, a fall in real wages and not having anywhere near enough to show for a budget which is absolutely heaving with a trillion dollars in Liberal Party debt,” Chalmers told reporters just four days after the election.

“We need to make sure we are upfront with the Australian people about the seriousness and the nature and the magnitude of the challenges that our new government is inheriting from our predecessors.

But Chalmers flicked a switch in April that magically converted Coalition accomplishments into Labor triumphs. This fellow deserves serious watching. He’s Wayne Swan without even a first-year Coalition-delivered surplus to fall back on.

And what of Albanese, the Treasurer’s boss? Two early warning signs greeted Labor’s saviour. One was a gushing piece by the Guardian’s Katharine Murphy, who recently observed Albanese deliver a speech at Hasanuddin University in Makassar, Indonesia.

“As he walked past me into the lecture room on Wednesday, the warmth of the welcome hit Albanese in the solar plexus,” Murphy wrote, after a fashion. “I saw that warmth pick him up and convey him to the podium and the words that had been prepared for the occasion.”

The new PM is apparently able to transport himself on a cloud of love. Should save a fortune in ComCar bills. Another left-wing journalist, the Australian’s Nikki Gemmell, also sensed Albanese’s magical properties.

“Does it feel to you like we’re coming up for air?” Gemmell asked post-election. “In terms of our nation. Where it’s at and where it wants to go.”

Gemmell apparently felt that she “didn’t belong to this world” during the Coalition’s years: “It felt like our country had become fossilised, barricaded, desperately clinging to a dying fossil fuel industry in the face of catastrophic climate change and fearful of The Other, the great unknown that was ‘different’—whoever that was.”

But then along came Albo, and Gemmell is once again complete: “I wept with relief. At so much. The generational shift. The muscle memory of a tolerant, friendly nation. The urgent big-heartedness.”

You know, we’ve read this sort of thing before. Murphy’s and Gemmell’s columns are of a piece with an article written in 2015 by the Sydney Morning Herald’s Elizabeth Farrelly, celebrating Malcolm Turnbull’s knifing of Tony Abbott.

“Already, after only a few weeks, the country feels different. The air itself has a new edge. And that edge has a name. Intelligence,” Farrelly declared.

Turnbull changed the air’s molecular composition. Albanese glides around on an invisible Indonesian adoration scooter. What is it with these journalists and their granting of superpowers to ordinary politicians?

Here’s why these worshipful columns are a danger for Albanese. Farrelly’s piece included a prediction: “Malcolm—who like Beyonce is known universally by his first name—will be the longest-serving prime minister since Menzies. Possibly ever.” 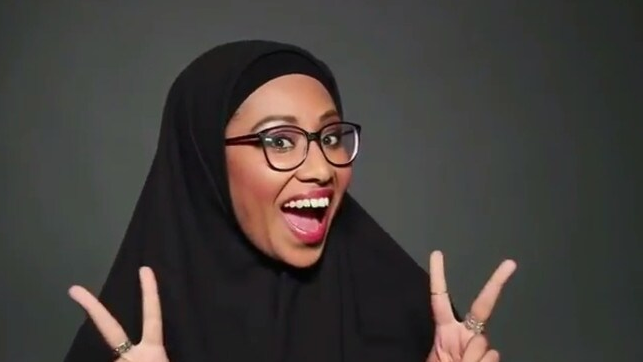 READERS may recall Yassmin Abdel-Magied, a Sudanese-born, Brisbane-raised lass who a few years ago enjoyed quite the high profile.

Almost all of it was courtesy of Australian taxpayers, who funded Abdel-Magied’s multiple ABC and SBS appearances plus a government-backed tour of the Middle East.

Abdel-Magied repaid that generosity with scorn. On Anzac Day in 2017, she posted this line on Twitter: “LEST.WE.FORGET. (Manus, Nauru, Syria, Palestine …)” Subsequent deserved criticism led her to relocate to London, where to avoid being traumatised she will, as she recently explained to an interviewer, get up and leave if she hears an Australian accent.

Which is a far better deal for us than it is for her.

But London presents other problems for delicate Yassmin. Just as she was unaware of Australian reverence for Anzac Day, she is now bewildered by displays of British patriotism during Queen Elizabeth II’s Platinum Jubilee.

“There are union jacks everywhere,” Abdel-Magied wrote on Twitter from her new base. “It’s like a waking nightmare.”

Union Jacks in London! During a year of royal celebration! Whoever would have imagined such a thing?

Now, Abdel-Magied is very well-travelled, at least in part thanks to you and me. Where else has she been startled by the completely routine and easily expected? What other locations have taken her aback with their obvious cultural phenomena?

Luckily for us, I recently obtained Yassmin’s extensive travel diaries, which conveniently fell off the back of an imaginary truck. Let’s examine a few excerpts:

“If anyone is thinking of visiting Rome, I hope they like pasta! They eat it all the time here. There’s even different shapes! Crazy, right?”

“This is odd. I’ve been in Riyadh now for almost a month and haven’t seen a single gay bar or nightclub. When I asked the hotel concierge where all the gays were, he just stared at me and drew his index finger across his throat, which I assume is a local sign of LGBTQ solidarity. I’ll keep looking.”

“I know I’m famous, but I didn’t know that I even have followers in North Korea. Literal followers—they follow me wherever I go. Apparently this is part of a government-run welcoming initiative to make outsiders feel secure and loved. It works!”

“Has anyone heard of ‘urban camping’? It’s all the rage here in San Francisco, where thousands have abandoned the stress of modern living for enchanting ‘back to basics’ lifestyles in tents and gutters. They’re so devoted to nature that they don’t even use modern bathroom fixtures! Keep being great, San Fran.”

“The best thing about a two-day boat tour in Reykjavík is there’s no chance at all of me hearing an Australian accent. I’m the first aboard, so right now it’s just me, the crew and a big banner that says ‘Welcome to all the lads from Werribee Tigers footy club for their booze ’n’ babes cruise.’ Maybe it’s some kind of local literary festival.”

Editor’s note: Due to a pre-publication error, the date of the Coalition’s 2013 victory initially appeared as 2010.

They Won’t Glow … or Seek to Know

What to Heed, Who to Ignore