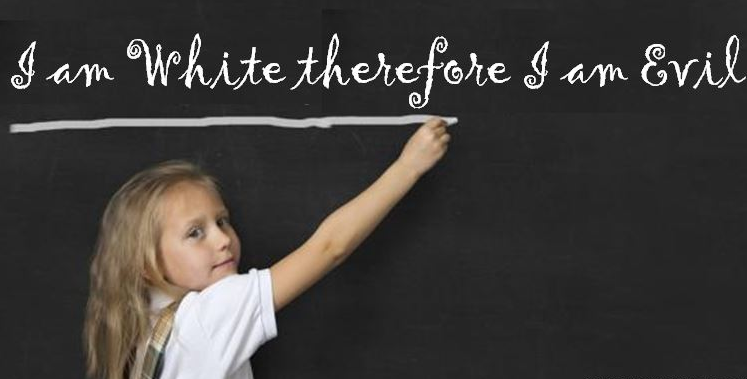 Parent-teacher nights once served a single useful purpose. They enabled parents to learn from teachers exactly how their child’s education was (or wasn’t) progressing.

But those meetings now have a far more important purpose. They allow parents to discover precisely what kind of woke ideologue is indoctrinating their kids.

Individual teachers, of course, are only a part of the problem. Schools are now introducing various woke programs and projects devised by race activists, environmental extremists and other non-education types.

One such project, an anti-racism course evidently intended to shame children for their white privilege, recently featured in the ABC documentary series The School That Tried to End Racism.

The ABC’s summary is typically worthy and boring: “Marc Fennell explores a ground-breaking school program designed to provide a class of primary school students with the tools to identify racial bias and make positive change.”

God help me! Still, two particular moments from this three-hour series are notable. In the first, a classroom of young children are shown a clip of Con the Fruiterer, Mark Mitchell’s popular comic creation of the late 1980s and early 1990s.

“He’s not Greek. He’s a white guy,” comedian Nazeem Hussein, a participant in this folly, tells the children. As Andrew Bolt observed on Sky News, it’ll be news to Greeks that they’re not white. Thus primed, the clip is presented.

Some of the kids are quite taken by Con, a character created decades before they were born, and reflexively laugh out loud at his Greek shopkeeper antics. “What did you enjoy about it?” Hussein asks a young boy, perhaps ten or so, who found Con entertaining.

His lack of laughter is shared with anyone who has watched Australian comedy since Con’s era. Not that it matters, by the way, but this kid happens to be olive-skinned and dark-haired. He’s no fifth-generation Anglo-Australian.

But he laughed, so therefore surrendered any multicultural high ground. A young girl who eye-rolled her way through Con’s clip and who clearly picked up on the instructor’s line about the character’s deceptive whiteness then has her say.

“That was absolutely disgusting,” she announces. “The whole intention was to make fun of Greek people’s accents and the way they talk and what they do when someone comes to their shop.”

What they do, in the case of Con in that particular clip, is say with glee: “This is a great country!” You can see, then, why certain types may be triggered. That scoldy little girl could walk out of her class tomorrow and score a gig at the ABC, Nine media or the Guardian. She’s obviously qualified.

Once she and a few classmates have completed their denunciations, the camera switches back to the boy who laughed. He’s not laughing now. He seems ashamed. It’s heartbreaking.

“Does it make it better or worse,” Hussein continues, “that this is perhaps the only representation of Greeks on television?”

Hold it right there, pal. The only representation of Greeks on television? Hussein has erased from history Chantal Contouri (star of Number 96 and memorably among the first women to appear topless on our screens), George Donikian (newsreader at SBS, Nine and Ten), actresses Zoe and Gia Carides (both prominent during Con’s time), comedians Nick Giannopoulos, George Kapiniaris and Mary Coustas (all part of the original 1987 Wogs Out of Work team) and—a personal favourite—wrestler Spiros Arion, the Golden Greek, whose grappling strategies against the likes of Killer Kowalski enchanted schoolboys throughout the 1970s.

In other scenes from The School That Tried to End Racism, children are invited to perform a march of privilege shame. “If both your parents were born in this country, take a step forward,” Fennell tells kids lined up on a playing field. A co-host delivers the next instruction: “If you have blue or green eyes, take three steps forward.”

And so on. Kids advance if their parents spoke English, if they travelled overseas and so on. The obvious purpose was to separate children based on income and background. By the end, an Asian boy who barely made it from the starting line is kneeling on the ground in tears.

“Only a few questions related to my culture,” he notes. “I was being held back.” But only by the deliberate and cynical design of an alleged anti-racism course. “Society in Australia,” Fennell then tells the children, “gives preferential treatment to people with lighter skin or a certain cultural background.”

Oh, go to hell. And take your ridiculous privilege walk—imported from US college campuses, as you’d expect—with you.

If ever you discover that your children or grandchildren are to be involved in such madness, there are several ways you can help them turn it into a genuinely educational and entertaining experience. Through that course, they can discover the art and science of subversion.

First, let them know that any anti-racism activists invited to a given school do not have the same authority as teachers. They cannot influence grades or dish out punishments. With that freedom, you may then decide on strategies.

If an instructor takes issue with lack of movement—for example, by refusing to step forward following that question about blue or green eyes—kids could creatively talk their way out of it by using the language of woke. Blue-eyed subversives would utterly confound a privilege-walking race activist by saying they identify as dark-eyed.

Another checkmate move: decline to step forward when asked if you’ve ever travelled by announcing that you don’t fly because of your environmental concerns.

Children are intuitive and competitive, so they’ll quickly detect what is going on and join in the subversive reverse “race”.

There’s an excellent way, too, to deal with that classroom caper starring Con the Fruiterer. Just ask Nazeem Hussein or whoever is running the show to demonstrate that it is possible to be a completely inoffensive yet laugh-provoking comedian.

Ask him to present a routine that is hilarious—so much so that it makes children who rarely laugh be genuinely and openly amused—but at the same time is incapable of offending anybody at all.

Hussein might offer his 2019 routine about becoming a father. “Like Jesus, our son is brown and Muslim,” Hussein began during that year’s Melbourne International Comedy Festival ABC television show.

He’s just offended Jews and those who believe gender is not determined by biology. Great start. “He’s a very cute baby,” Hussein continued. “Incredibly cute. Probably cuter than any baby anyone here could produce. I mean it. That’s because most of you are white. White people don’t make cute babies.”

A response from the scoldy girl who was so upset at Con would be interesting. A tip for her and her kind: replace “white” in those lines with “Aboriginal”, “black” “brown” or “Asian”. Or, for that matter, “Greek”. See how far that gets you along the privilege walk. 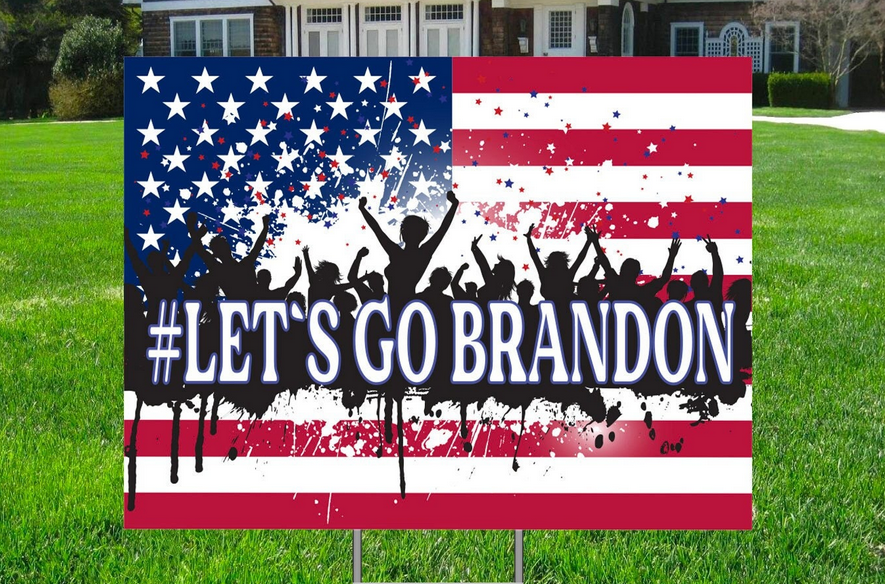 AUSTRALIA has exactly one sports stadium with an audience capacity greater than 100,000 people. Even so, the Melbourne Cricket Ground very rarely fits in that many people.

To give you an idea of how massive in the US is college football, seven college arenas are bigger than the MCG. And they’re just not big enough to meet demand. A few years ago, just as an experiment, a game between Tennessee and Virginia Tech was played at a huge Tennessee speedway. Nearly 157,000 fans turned up.

Numbers are huge again in 2021, but the crowds aren’t just being entertained by the on-field action. They’re creating their own fun with a three-word chant aimed at the US President. It isn’t very polite. It begins with a word that rhymes with truck and concludes with “Joe Biden”.

For decency’s sake, let’s refer to the chant from this point on simply as “FJB”. The chants began at college football games in the South, where Biden is generally unpopular anyway, but soon spread to other regions in the US. New York, as usual, voted heavily in favour of the Democrat candidate in last year’s election, but multiple rallies in Manhattan and Brooklyn now feature a loud FJB component.

The US media is struggling to deal with this, although NBC tried its best. When NASCAR driver Brandon Brown won a recent event in Alabama, his post-race interview was overshadowed by a very clear FJB chant. Thinking on her feet, Brown’s interviewer gamely asserted that the crowd was really chanting “Let’s go Brandon”.

You can now buy “Let’s go Brandon” T-shirts and other merchandise. Everybody knows what it really means. The FJB chant is sonic confirmation of a broader trend: Biden’s approval rating has declined in just a few weeks from 52 per cent or so to below 40 per cent.