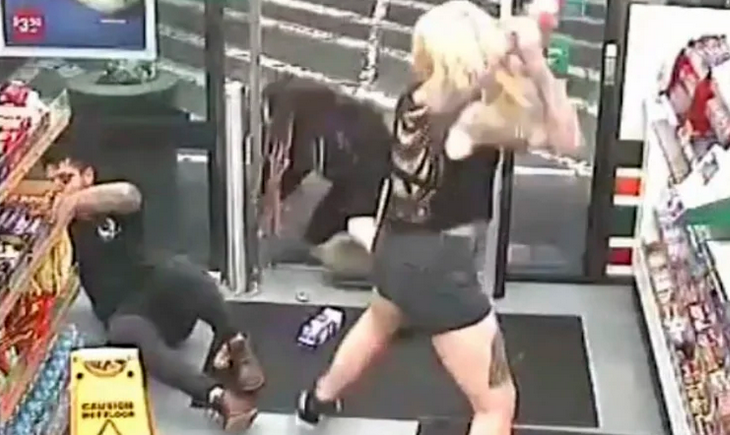 In the manner of the two world wars, the global war on free speech is fought across multiple theatres and between a broad range of combatants: some of them unlikely allies, some prone to switches of allegiance, and some operating behind enemy lines.

To receive a full briefing on the current conflict, please join me in the war room. And bring your own brandy, as rationing has left the drinks cabinet somewhat depleted.

Are we assembled? Good.

The main front in this international conflict is the war on words themselves. Certain words and phrases now cause flashpoint detonations at free speech front lines, even as freedom warriors achieve occasional significant victories.

The United Nations fought a long campaign to outlaw use of the phrase illegal immigrants, for example, but this has been gradually beaten down as the broader community recognised that those who attempt illegal immigration may in fact be reasonably described as “illegal immigrants”.

A failure to capitalise indigenous, however, will invariably result in horrific losses. As will any use of traditional Australian abbreviation habits in the description of our wonderfully diverse transgender community. Australians have for many decades and without harm used the word trannie to describe transistor radios and vehicle transmissions. Use the same word in reference to someone who has undergone a surgical or cosmetic gender shift, though, and you’re walking into a free-fire battlefield.

I once deployed trannie in a short online piece about a male-turned-female who’d attempted to murder several people with an axe (pictured in full swing above). The various subsequent legal and administrative ordeals lasted for so long that by the time they were concluded, the now-imprisoned attempted killer had commenced re-transitioning to male.

This battlefield is notoriously difficult to calculate. For every banned phrase there is a phrase that is absolutely required. A friend the other day happened upon a Welcome to Country curtsey in a book: “I would like to acknowledge the Aboriginal and Torres Strait Islander peoples of this nation. I pay my respects to Elders, past, present and emerging, and acknowledge the traditional custodians of the land on which events in this book took place, particularly the Eora people and Noongar people.”

To avoid any immediate sniper fire, let me say at this point that I pay my respects to Elders past, present, emerging, imaginary, unborn, transgender, vegan, IXL and Limited, and acknowledge the traditional custodians of the land on which this column was written. I guess that means my landlords, a top couple who built the very first house on this lot.

A second front in the war on freedom of speech is the ban on particular subjects. Misha Ketchell, editor of the taxpayer-funded academic website the Conversation, recently announced that site’s new policy on any reader comments that take issue with global warming theories.

“Climate change deniers, and those shamelessly peddling pseudoscience and misinformation, are perpetuating ideas that will ultimately destroy the planet,” Ketchell declared.

“As a publisher, giving them a voice on our site contributes to a stalled public discourse.

“That’s why we’re implementing a zero-tolerance approach to moderating climate change deniers, and sceptics. Not only will we be removing their comments, we’ll be locking their accounts.”

Exactly how a reader’s views on climate panic might “destroy the planet”, Ketchell did not say. Seems slightly “pseudoscientific” to me, which is a line that would get me in trouble at the Conversation.

If you saw a fellow wandering along a Sydney street in black robes while shooting people, you might be inclined to alert fellow citizens. Parramatta real estate agent Edwin Almeida did so in 2015 when he witnessed the activities of teenager Farhad Khalil Mohammad Jabar, who’d murdered New South Wales police accountant Curtis Cheng by shooting him in the back of the head.

“I saw the man wielding a handgun, dressed in black robes,” Almeida told reporters. But the Guardian’s Calla Wahlquist decided he’d offered too much information. “I won’t go into reports about what the man identified by eyewitnesses as carrying a gun was wearing or what he looked like,” she decided.

Those black robes, you see, might have indicated the killer’s Muslim faith and even his motive (accurately, as it turned out). And so news of them had to be concealed. Keep that in mind whenever you hear reports expressing utter bewilderment about the motives of any fellow offering a pre-slaughter “Allahu Akbar!” battle cry.

There may well be a clue in those words.

The list of banned subjects grows by the day. For America’s National Basketball Association, it now includes China’s communist dictatorship. The trouble in this sector began when Daryl Morey, general manager of the NBA’s Houston Rockets, presented this comment on Twitter: “Fight for freedom, stand with Hong Kong.”

Seems reasonable enough. But the NBA has wealthy Chinese sponsors and fans, so the NBA shut down criticism of China. Golden State Warriors coach Steve Kerr deflected the issue by declaring himself “uncomfortable” discussing China’s human rights record, although he’s probably more comfortable than Hong Kong protesters who are getting shot in the chest.

“My feeling is the things that I’m going to comment on are the things that I feel comfortable speaking about,” Kerr said. Turns out he’s really comfy attacking the US and President Donald Trump. Asked if he’d ever been questioned about human rights abuses during visits to China, Kerr immediately switched the topic: “People in China didn’t ask me about, you know, people owning AR-15s and mowing each other down in a mall.”

And on Trump: “My hope is that we can find a mature unifier from either party to sit in that chair and try to restore some dignity to the Oval Office.”

You’ll never hear him say anything like that about the enormously dignified office of Chinese president Xi Jinping, who doesn’t have any “other parties” to worry about.

A third front in the war on free speech is the wilful misrepresentation of jokes. Any sarcastic asides, satirical observations or even outright gags are invariably depicted as cold evidence of evil. Following Boris Johnson’s appointment as British Prime Minister, word warriors zeroed in on a column in which Johnson had written of “grinning piccaninnies” who sported “watermelon smiles”.

“This is treated by opponents as prima facie evidence of his racism,” the Spectator’s Sam Leith noted. “But the context in which those phrases occurred was one in which Johnson was spoofing a racist-paternalist neo-colonial attitude—imagining Tony Blair as a ‘big white chief’ patronisingly gratified by the traditional trappings of imperialism.

“From those decontextualised fragments—interpreted by militant amateur critics as if they are pure textual objects rather than part of a conversation—inferences about intention are made.”

To defeat these witless, censorious, freedom-threatening brutes, our finest humour engineers are currently working on a joke about a black watermelon-chomping Islamic transsexual climate sceptic basketballer who illegally migrated to China.

DRIVING across the Sydney Harbour Bridge a few years ago, a friend noticed something odd about his car. It was on fire.

Due to a wiring problem, the vehicle’s dashboard had ignited. This was my friend’s second car fire experience, following an episode some decades prior when a first meeting with his eventual parents-in-law also featured an automotive detonation.

Most of us manage to scrape through life with no such flame-related driving incidents. Future motorists, however, may find themselves more frequently enjoying the occasional car-b-que. That’s because electric cars—the things Labor ruinously attempted to force upon us as part of their spectacular 2019 election campaign disaster—seem to be impressively prone to burning.

Now, an ordinary car fire is not really that big a deal. Catch it early enough and it can be quickly dealt with. But a fire involving an electric car is a whole different matter. Those things are like four-wheeled infinity candles.

In the manner of all the money given to its manufacturer by various governments, an electric Tesla recently torched itself in Austria. The Tesla’s fifty-seven-year-old driver had slid off the road and struck a tree, prompting a fire emergency.

In ordinary car blaze cases, a single fire engine or even a personal fire extinguisher is sufficient to deal with the problem. Electric cars, or EVs, demand slightly more attention when combustion occurs. Here’s an online news account:

“In order to put out the fire, the street had to be closed and fire authorities had to bring in a container user to cool the vehicle.

“The container used is said to be suitable for all common electric vehicles. It measures 6.8 metres long, 2.4 metres wide and 1.5 metres high, it is (obviously) waterproof and weighs three tons.”

Moreover, “fire brigade spokesman Peter Hölzl warned that the car could still catch fire for up to three days after the initial fire”.

I’ve owned one or two cars that were sensibly equipped with fire extinguishers. Future motorists may wish to tow around a lake, just in case their earth-friendly electric cars decide to go the full kaboom.

The Useful Idiocy of Gillian Triggs