The Laughable Lust for Seriousness 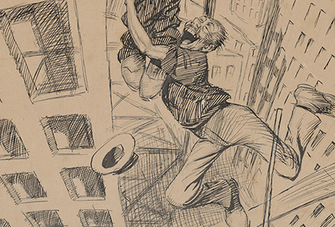 In 1895, Mark Twain commenced the world’s first global comedy tour. Beginning with twenty-three performances in his native US and then in Canada, the celebrated author thereafter spent six weeks entertaining crowds in New Zealand, seven weeks in South Africa, eight weeks in India and a further eight weeks in Australia.

Twain was not a young man at the time. During the early stages of his tour he seemed unlikely to complete it, being beset by gout, boils and other bothersome ailments. Yet he persisted, driven by a need to cover substantial debts. You see, although Twain was hilarious in print, he was also hilariously incompetent as an investor.

And so he took his show on the road, converting words into cash around the globe. But although Twain’s audiences were lured by the prospect of laughter, Twain himself referred to his performances as other than evenings of comedy. He described them, far more pompously, as “lectures”.

Despite his comedic gifts, Twain yearned for the respect bestowed upon the serious. His wife was of similar mind, and particularly objected to one Twain set-piece that inevitably delighted his every crowd. She regarded it as low humour, of a kind that might have been delivered by any common stage hack. Thanks to Richard Zacks’s beautiful Chasing the Last Laugh, a chronicle of Twain’s world tour, we may examine the piece and come to our own conclusions.

“I will close with the case of christening a baby in a Scotch Irish family,” Twain told his attentive fans.

“A little clergyman came and when he found that there was a great host of people assembled there he would attempt to exploit his peculiar vanity. He could not resist that temptation.

“When he took the baby from the father’s hands and hefted it, he said: ‘My friends, he is very little; very little; well, he is a very little fellow, but what of that? I see in your faces disparagement of him because he is little; disparagement for no cause but that he is little. You should reflect that it is from the little things that the great things spring.

“‘What is smaller than a grain of granite or sand, and yet it is from grains of granite and sand that this earth is formed. Very little is he. Take the little drop of water and out of little drops of water the great ocean is made.

“‘And very little is he and yet he may become like Napoleon, or like Caesar, or like both of them in one. He may conquer empires, he may turn all the world to looking at him. He may be like Hannibal, or like Alexander, or both in one, and become master of the universe. But what is his name?

Twain’s wife Olivia urged that this lovely gag, which sets up and then smites a fellow given to ridiculous grandiosity, be cut from his routine. Too easy, too funny, and so on. And Twain, on occasion, was inclined to follow the same line of thought: that seriousness might earn him a higher standing. In other words, he sought to become an equivalent type to the earnest “little clergyman” he rightly mocked.

The lust for seriousness is the most craven of vices. And it leads to the worst outcomes. Over many decades, for example, generations of very serious people—state and federal politicians, mostly—have sat around and considered how best to manage Australia’s energy needs. They took careful stock of our abundant supplies of coal, our enormous gas reserves and our huge uranium deposits. They conducted serious studies, they consulted serious experts and they worked serious hours.

And then they delivered a system that charges among the highest energy prices on earth.

Only the most grimly serious, utterly jokeless people could possibly engineer such a fantastically absurd result. It could not have turned out any worse if we’d let Greta Thunberg herself take control of our economy. Greta Thunberg! Now there’s a serious little lady. The teenage climate activist is completely wrong about everything, but my, if she isn’t serious with it. That explains why groups like the ultra-serious United Nations adore her so, and why they despise jokesters like US President Donald Trump.

One of the main reasons Trump is so loathed by the global political class is because he is so obviously having fun at his job. His speeches are loaded with punchlines, self-effacements and sly asides. There was even a twinkle in Trump’s eye when he announced the death of Abu Bakr al-Baghdadi, which he reinforced by later posting an image on Twitter of himself awarding a Medal of Honor to a dog who helped hunt down the Islamic State leader.

Being serious investigative professionals, the US media didn’t understand Trump’s joke. Reporters from the New York Times and the Washington Post actually sought to discover if the obviously fake image, intended only for laughs, was real. These people are Twain’s “little clergymen” of our time. They routinely set themselves up to fall.

“There are no jokes in Islam,” Iran’s Ayatollah Khomeini once famously declared. “There is no humour in Islam. There is no fun in Islam. There can be no fun and joy in whatever is serious.” Right there we see the core of the tension between extreme Islam and civilisation. We’re not principally divided by faith, territory or history. We’re divided by jokes. Iran might be nudging closer to creating nuclear weapons, but so long as the mullahs are in power they’ll never devise a decent one-liner.

On that score, Iran will always be outgunned by their Judaic nemeses. “Your whole career as a comedian is about making fun of pretentious high-minded self-congratulatory BS events like this one,” Jerry Seinfeld once observed as he picked up a prize at an awards night.

“The whole feeling in this room of reverence and honouring is the exact opposite of everything I have wanted my life to be about.

“I really don’t want to be up here. I want to be in the back, over there somewhere, saying something funny to somebody about what a crock this whole thing is.”

That’s the right attitude. Mockery of the serious is a high calling. More than ever, seriousness needs to be laughed out of town.

THE celebrated cartoonist Bill Leak underwent something of a political shift in his later years, moving from Left to Right. I’d been his friend during both phases—he was exactly the same person, after all—but Bill lost many leftist mates after becoming politically sensible.

Many of those former mates also took to speculating darkly over why Bill had changed his views. Had he become seduced by the wicked Murdoch media machine? Was it something to do with his near-fatal 2008 accident? Did Bill just one day wake up evil?

The man himself had a straightforward explanation. He’d moved from Sydney to the New South Wales Central Coast and begun working from home. Instead of being surrounded by journalists in the office and inner-city types in bars, he was left to his own thoughts and the delightful company of his wife, Goong. As well, he was in daily contact with normal people who were not obsessed with Canberra or politics.

In that more contemplative environment, Bill’s mind thrived. Various assumptions that he’d lived by for decades were reconsidered and discarded. This was not a painless process, because besides the friendships involved it also required Bill acknowledging he’d simply been wrong about many things for a great deal of his life.

Yet, at the end of all that, Bill was an extremely happy fellow. If anything, the Bill Leak of his final years was more Bill than any previous Bill.

A few years ago, after often visiting Bill at his Central Coast house, the wife and I left inner Sydney where we’d lived for more than two decades and moved here too. Initially, the reasons for our move were basic enough: houses are less expensive, there isn’t anywhere near as much traffic, we already had friends here and so on. But over time we’ve found a primary reason to be here that is not unrelated to Bill’s political evolution.

Just one hour or so away from inner Sydney, the people are normal.

You know how every Australia Day is an ideological brawl over invasion, colonialism and oppression? Well, that may the case in the media and certain urban zones, but out here—just one hour away, mind—it’s just Australia Day. People put out flags and have barbecues. Our first Australia Day here was at a neighbour’s place, and we counted five flags even before we reached the backyard.

The whole day was wonderful. As we walked home, the missus said: “I don’t think I’ve ever done anything more Australian.”

Politics is not a matter of daily discussion here. Nor is climate change, although the coast is more exposed to weather extremes. Priorities are different. If you ever doubt Mark Latham’s observations on the cultural gap between inner-city elites and Australians living in the outer suburbs and regional areas, just go to these places. They’re revelatory.

When Bill drew his cartoon depicting dysfunction in Aboriginal communities, he expected none of the backlash he received. In part, this was because free and open discussion of such issues is not forbidden beyond inner-city bubbles.

He’d become used to a real Australia. No wonder Bill was always smiling.